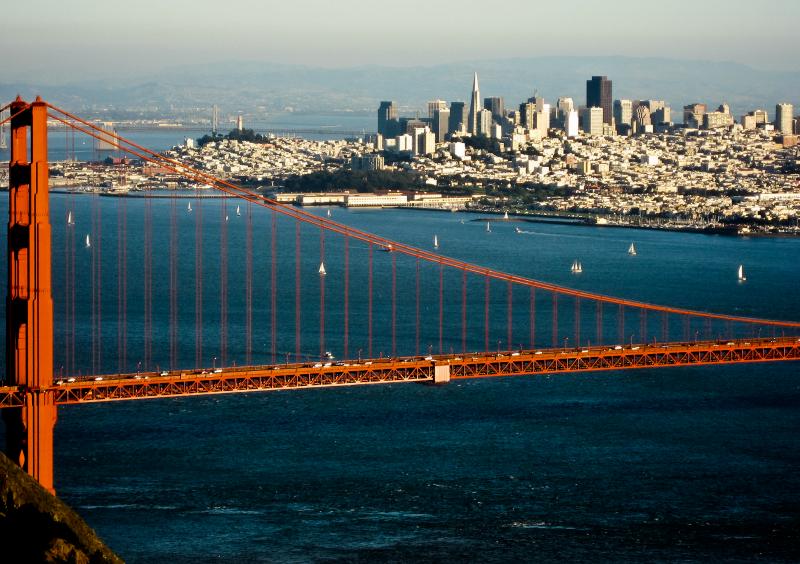 What are the challenges facing San Francisco and Silicon Valley’s startup ecosystem? Together with 1776, DC’s global tech incubator and seed fund, we spent a day with the area’s startup funders to find out. As more precious capital disappears into rent payments and government casts a wary eye at startup growth, some founders are beginning to wonder: Are we being blinded by our own success?

Affordability is the number one concern for Bay Area startup leaders. The local real estate market is “crazy,” they say, with office space renting for around $60 a square foot on average and nearly $100 for the best spaces. Occupants of buildings along the city’s skyline have seen their rents rise more than 67% over the past 36 months. Meanwhile, founders and their employees face median residential apartment rents of about $3,400 a month.

The economics are simple: high demand for property is being met with a low supply of space. San Francisco—indeed, the entire Bay Area—is notorious for scrimping on development through onerous land-use regulation and lengthy approval processes. One startup founder reported hearing of developments taking up to 30 years to get approval to be built.

Some startup founders fear that a lack of affordability may be pushing the Bay Area to plateau. A hypothetical 20-person tech startup can easily find itself spending upwards of $200,000 an employee

when salary and rent are totaled up. Many companies are realizing they don’t need to base so many employees in the area, and are pushing for all but the most essential staff to work from remote offices.

Not that there isn’t reason for optimism. There’s a mini building boom going on downtown around what will soon be the tallest skyscraper on the West Coast. Rents already appear to be plateauing in that neighborhood. In fact, downtown San Francisco rents are still nowhere near what companies would have to pay for similar real estate in downtown New York City. The feeling is that commercial rents are at least in striking distance of affordability for tech-oriented startups, whereas New York is for those companies that have “made it.” Whether this is true or not is open to debate.

Other startup leaders argue that affordability and transportation woes may not matter as long as San Francisco is “cool” and full of talent. As long as people still come to the Bay Area with a laptop and a dream, they say, the region will be fine. Many startups are toughing out the area’s high cost because their engineers really want to live in the city.

San Francisco has been well positioned to take advantage of a generational shift of young, well-educated people moving to downtown urban cores. Many Millennials want to live in cool areas where all their friends are; to settle down for a season in neighborhoods where community is a brisk walk away. That happens to be a great description of San Francisco.

Ironically, high rents are ensuring that only the most talented stay within the city’s borders, for only they earn enough to stay. Moreover, San Jose had similar affordability worries in the midst of the ‘90s tech bubble and Silicon Valley in the late 2000s. With each ensuing recession, the tech community simply moved on—to more expensive areas, not less.

The question is: What is that limit of affordability? What is that point at which a city begins turning away the very people it needs? And what does it mean for connectivity and community that the poor and middle class are slowly withering on the Peninsula?

More than anything, local startups say, is for the city of San Francisco to just build—something, anything! The entire Bay Area’s lack of development paired with rising demand for commercial space is resulting in rocketing rents that cut into the startups’ precious capital.

For decades, San Francisco’s startup ecosystem has enjoyed a rather laissez-faire relationship with city government. For as hands-on as the city is with, say, real estate, it’s largely left small firms alone. Startups cite a light regulatory touch as being one key reason for why the center of their tech universe has shifted to the 7-mile by 7-mile city known as San Francisco. 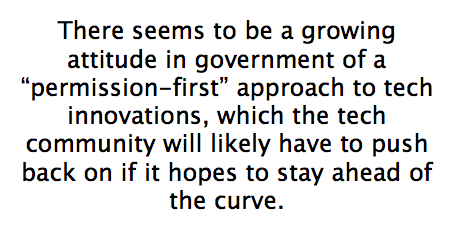 That relationship may be changing. “Leave us alone” is no longer a smart strategy with government at the city or state level. Not only are regulators in California beginning to see tech as a sexy area to get involved in, but they  feel that startup types don’t care as much about the things they do, such as inequality and privacy. The intersection of social policy and tech policy will likely be a hot area in the years to come.

The reality today is that in order to scale San Francisco’s tech community, it’s going to have to be equipped to work with government more than it ever has before. There seems to be a growing attitude in government of a “permission-first” approach to tech innovations, which the tech community will likely have to push back on if it hopes to stay ahead of the curve. Even well intentioned efforts bygovernment may screw it all up.

Government can be of help to startups in creating the gravitational pull that draws in others. The operating principle by government should be to lowering the barriers for people and firms to get ahead—and then getting out of the way—rather than finding ways to lure them into doing this or that. In other words, entrepreneurs are better off with government tackling restrictive zoning codes than offering tax breaks.

There is the unmistakable feeling in San Francisco and the Valley of relentless, nearly myopic optimism. No problem looms too large for its innovators to solve, no boundaries too great to surmount. Nor is there much talk of a tech bubble. Local entrepreneurs insist that San Francisco has not awoken from the Great Recession into a land full of “unicorns,” the colloquial name for billion-dollar startups. Technology is simply eating the known world. Sky-high valuations are a drop in the bucket in a multi-trillion dollar global economy.

There’s something more than a feeling (yet less of a rule) that any tech company worthy of the name will have a foot firmly planted in Bay soil. Indeed, some of its major funders feel like they don’t need to leave San Francisco to find good investment opportunities. If it’s a good enough investment, they believe, it’ll come to them. Perhaps no other city we have visited feels quite the same way.

There is a risk that San Franciscans and Valley-types may grow too comfortable atop the heap. Paired with intrusive regulations, high cost of living, and an ongoing drought, the area faces a growing set of headwinds. Nevertheless, one thing for sure is that San Francisco will not become Detroit. The Bay Area’s networks, diversity, and institutions will help insulate it from economic devastation.

San Francisco and Silicon Valley have never been marked by insularity; the nodes of their networks are too vast and far-flung. The people living there—and those they are connected with around the world—are some of the brightest lights an economy has to offer. As Paul Graham of Y Combinator has said, “If you go to see Silicon Valley, what you'll see are buildings. But it's the people that make it Silicon Valley, not the buildings.”