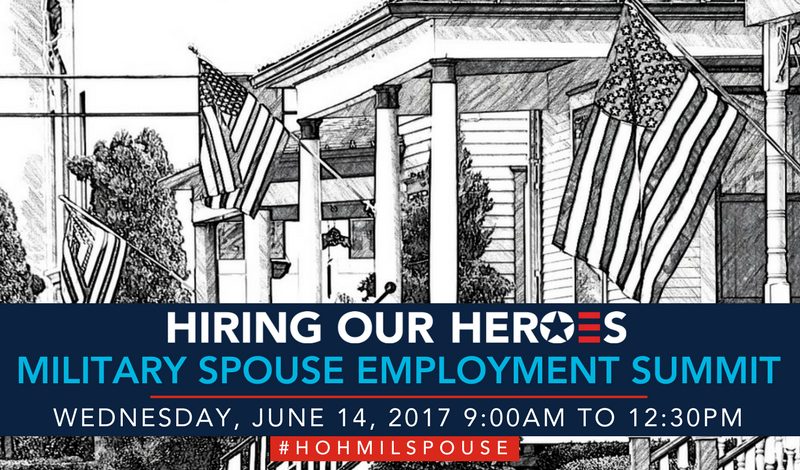 On June 14, 2017, Hiring Our Heroes will host a game-changing event that will kick start the conversation around what it means to be a dual-income military family in the 21st century. The half-day Military Spouse Employment Summit will unveil the results of the 2017 Hiring Our Heroes Military Spouse Survey, identify best practices in talent management for recruiting and retaining military spouses, highlight standout military spouse professionals and entrepreneurs, and set the stage for a renewed emphasis on removing barriers to military spouse employment as a national security imperative.

Watch our Live Stream:
Scroll down to join us LIVE via webcast from 9 a.m. - 12:30 p.m. EDT today as we live stream the 2017 Hiring Our Heroes Military Spouse Employment Summit from the U.S. Chamber of Commerce Hall of Flags.

Join the Conversation Online:
Follow #HOHMilSpouse on Twitter and join the conversation online with @HiringOurHeroes, our event attendees, and our on-the-ground military spouse influencers at the event and watching from home.