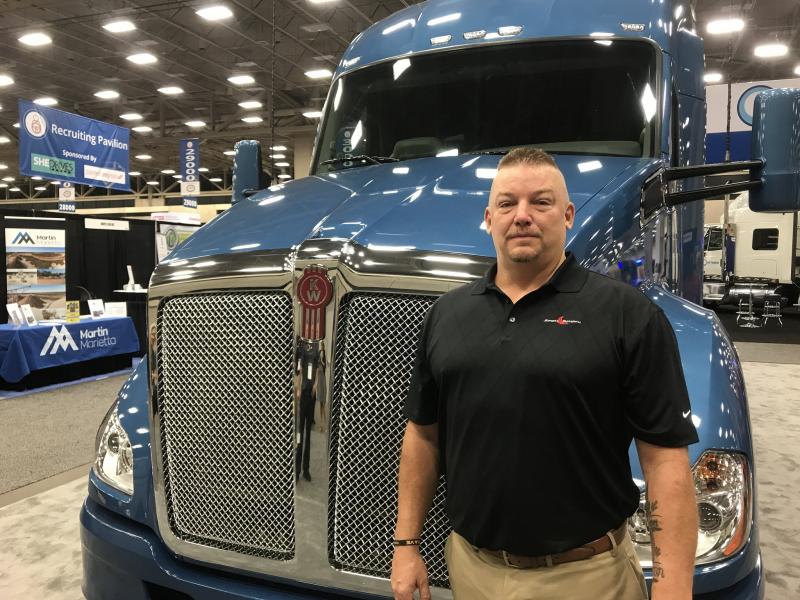 Softy, a native of Athens, Alabama, is a retired Lieutenant Colonel with more than 28 years of active duty service in the United States Army. Softy was nominated for the award by his current employer, Stevens Transport.

“Following a distinguished military career, Gregg leveraged his skills to successfully launch a second career in the trucking industry,” said Eric Eversole, president of Hiring Our Heroes and vice president at the U.S. Chamber of Commerce. “We are honored to play a role in helping Gregg find a meaningful employment opportunity, and congratulate him for winning this year's award.”

"Congratulations to Gregg Softy for his selection as the winner of the Transition Trucking: Driving for Excellence Award," said Kurt Swihart, marketing director of Kenworth. "We are honored with this opportunity to thank him for his years of service as a Lieutenant Colonel in the United States Army and his dedication to become an inspiration to other professional drivers in our industry. We are confident that the Kenworth T680 Advantage will help him get on the right road to continue his promising career in trucking."
"The successes displayed by each Transition Trucking finalist in the trucking industry can be tied some way back to their military training. This gives us even more evidence that the military hardwires our veterans to excel in trucking, and industry-leading companies are uniting to attract and employ these remarkable candidates," said Brad Bentley, president of FASTPORT. "A special congratulations to Gregg as well as Wayne and Daniel who have set incredible examples of what veterans can accomplish after they transition from the military into civilian careers."
The three finalists considered for the Transition Trucking award were:
First launched in 2016, the annual Transition Trucking: Driving for Excellence campaign is focused on curbing the emerging truck driver shortage and inspiring more companies to hire more veterans, National Guard members, and reservists into the trucking industry. Throughout the year, trucking companies nominate veteran military drivers with outstanding performance. Following a public vote on nominees, an independent selection committee comprised of individuals from the trucking industry select three award finalists. Click here for more information or to nominate a veteran for the 2018 award.