U.S. Chamber of Commerce Foundation / Article / Information, Investment and the Internet of Everything
General Foundation
September 22, 2015

Information, Investment and the Internet of Everything

Tweet Facebook
The Internet of Everything will spur innovation and jobs, if policymakers permit the rising tide to lift all boats.

The emerging Internet of Everything (IoE) is rapidly changing the way we live, work and communicate. According to estimates by Cisco, a whopping 50 billion devices could be interconnected by 2020.[1]  This massive growth in the IoE economy will greatly benefit consumers, whether directly from the services they consume or indirectly from the industry incentives to invest in new and better technologies. Such investments will drive both innovation and sectoral employment. That is, of course, if policymakers permit the rising IoE tide to lift all boats.

As a simplistic way to visualize the IoE, picture both an “edge” and a “core.” The “edge” is made up of the device-makers and app developers (e.g., Google, Facebook, Amazon and Apple), while the “core” consists of the Broadband Service Providers (BSPs) who invest in and manage the networks that connect these billions of devices and applications. For both the edge and the core, however, the common currency of the IoE is information—that is, the ability to collect, track and ultimately monetize a plethora of information to provide enhanced online experiences for consumers. Moreover, it is the ability to monetize information successfully that will encourage, at least in part, the investments by both the edge and core to support the IoE.

That said, the high value of information also brings risks. Protecting consumer privacy, for instance, is extremely important, so developing a cohesive industry-wide privacy policy framework that can quickly adapt to a dynamic industry—without eliminating a core source of value of the IoE—should be a priority. Unfortunately, that is currently not the case. Despite the fact that both edge and core companies collect functionally similar information about consumers, federal regulations are not focused on an industry-wide approach. Instead, policymakers appear predominantly focused on regulating behavior of the companies at the core in a manner inconsistent with how edge companies are treated. This asymmetrical regulatory treatment between the edge and the core not only leaves consumers more vulnerable to bad behavior but also disincents aggressive investment in the networks required to make the IoE function.

The root of this bifurcated regulatory approach can be traced to the Federal Communications Commission’s (FCC) decision in March 2015 to reclassify broadband Internet access as a Title II common carrier “telecommunications” service in its controversial Open Internet Order.[2] The Commission’s Order has two significant legal consequences germane to the privacy debate.

First, all BSPs—whether wireline, cable or wireless—are now subject to the Customer Proprietary Network Information (CPNI) statutory framework contained in Section 222 of the Communications Act—rules that were designed for pre-Internet services offered by the handful of telephone companies in existence at the time.[3] Second, with reclassification, the Federal Trade Commission (FTC)—which traditionally has jurisdiction over digital privacy concerns for the entire IoE ecosystem—may be statutorily prohibited from bringing enforcement actions against firms who provide a “common carrier” service.[4]

Accordingly, rather than have a harmonized IoE-wide regulatory approach to digital privacy, we now have two discrete asymmetrical regulatory regimes: an ex ante regime specifically for BSPs (and no one else in the IoE ecosystem) with rules enforced at the FCC, and an ex post case-by-case regime enforced by the FTC for everybody else.[5] This regulatory asymmetry imposed on BSPs can have profound, negative consequences, only a few of which are mentioned here.

Given the dynamic nature of the IoE, stakeholders need the ability to adopt best practices that can quickly respond to technical and market developments to allow consumers to manage their level of data sharing. If, however, policymakers erect barriers to those privacy protection solutions that are developed through standardization, best practice activities and public-private partnerships, then consumers’ options are foreclosed.[6] But this is precisely what the FCC has done:  voluntary, industry-wide solutions for consumers must now proceed under constraint of ex ante asymmetrical regulation of BSPs at the FCC.[7] As a result, the current bifurcated, asymmetrical regulatory approach to privacy affords consumers less protection from harmful behavior.

Another effect of asymmetrical privacy regulation is the disincentive it creates for investment in broadband infrastructure.[8]  Each year, BSPs invest billions of dollars into their networks, with nearly $0.20 of every dollar of revenue going to network investment.[9]  However, as we at the Phoenix Center have repeatedly pointed out,[10] and was just again recently recognized by University of Pennsylvania Professor Matt Blaze at the FCC’s April 2015 Privacy Workshop,[11] broadband is increasingly becoming “commoditized.” This commoditization results, in part, from economic forces, but it is also driven by government interventions, like net neutrality.[12]

What is crucial to understand is that as commoditization of broadband becomes more prevalent, the incentive to invest in network infrastructure goes down.[13] To stem this tide, Professor Blaze testified that BSPs are going to “look for ways to monetize [consumer] data” to support the needed network investments.[14] Monetizing data injects income into the ecosystem’s core, providing a sound financial environment for the IoE to evolve and flourish.  Asymmetrical regulatory intervention on one (albeit extremely crucial) segment of the IoE ecosystem, which is mostly politically motivated and whimsical at this point, directs this evolution on a less healthy and innovative path by effectively transferring profits from the core to the edge.[15]

In sum, as the IoE evolves, there will be a lot of trial and error as both edge and core providers seek to innovate and build alternative business plans around the new economics of the IoE. The distribution of new value across the IoE ecosystem will determine its evolutionary path, and this progress should be left, to a large extent, to efficiency rather than political dictates. That said, an eye must be kept on privacy concerns, but the best way to manage privacy is also yet to be determined. Who is best to manage access to data? Who will shield customers from prying eyes? Who do customers ultimately want to deal with for protection? Not knowing the answers to these questions requires a policy of maximum flexibility. Yet, the government has already begun to place serious constraints on how the core of the IoE can respond to the rapidly evolving marketplace.[16] As the policy choices we enact today will shape the IoE of tomorrow, it doesn’t appear that we are off to a particularly auspicious start. 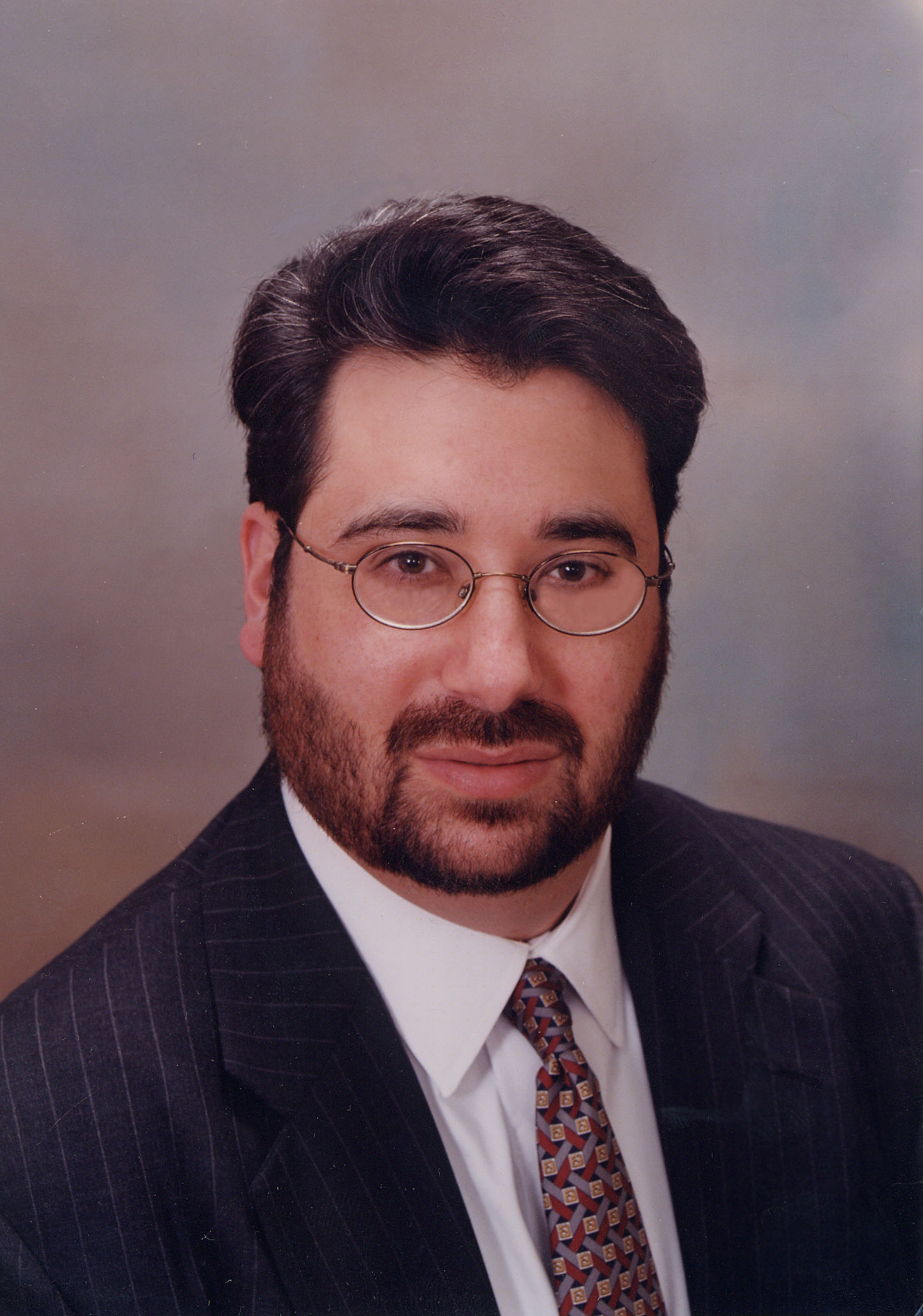 Dr. George S. Ford is the Chief Economist and Lawrence J. Spiwak is the President of the Phoenix Center for Advanced Legal and Economic Public Policy Studies, a nonprofit 501(c)(3) research organization that studies broad public-policy issues related to governance, social and economic conditions, with a particular emphasis on the law and economics of the digital age. The views expressed in this essay do not represent the views of the Phoenix Center or its staff.

[6]        See Telecommunications Industry Association, “Realizing the Potential of the Internet of Things:  Recommendations to Policymakers,” Whitepaper, 2015.

[7]        The FCC is expected to write aggressive new CPNI rules in the fall of 2015.  See Brian Fung, “The Messy Battle to Protect Your Data from Your Own Internet Provider,” Washington Post, August 20, 2015.  Until these rules are finalized, the FCC’s Enforcement Bureau stated that it would “focus on whether broadband providers are taking reasonable, good-faith steps to comply with Section 222, rather than focusing on technical details.”  While the Enforcement Bureau provided no clear definition of “good faith,” it stated that “[a]lthough no broadband provider is in any way required to consult with the Enforcement Bureau, the existence of such a request for guidance will tend to show that the broadband provider is acting in good faith.” “Public Notice - Open Internet Privacy Standard, Enforcement Bureau Guidance: Broadband Providers Should Take Reasonable, Good Faith Steps To Protect Consumer Privacy,” DA 15-603, Enforcement Advisory No. 2015-03, May 20, 2015.

[8]        Such disincentive runs contrary to the Commission’s statutory mandate to “encourage the deployment on a reasonable and timely basis of advanced telecommunications capability to all Americans” under Section 706 of the Telecommunications Act (47 U.S.C. § 1302).

[9]        Indeed, according to the Progressive Policy Institute, telecom and cable companies invested approximately $46 billion in 2014, compared to the Internet and technology segment which invested $23 billion, a 2:1 ratio.  Diana Carew and Michael Mandel, “U.S. Investment Heroes of 2014: Investing at Home in a Connected World,” Progressive Policy Institute, September 2014.

[13]      George Ford, Thomas Koutsky, and Lawrence Spiwak, “Competition After Unbundling: Entry, Industry Structure and Convergence,” 59 Federal Communications Law Journal 331 (2007); George Ford, “Bait-and-Switch—Or Why the FCC’s ‘Virtuous Circle’ Theory is Nonsense,” Bloomberg BNA, May 18, 2015.  Significantly, the Federal Communications Commission has also recognized (but not always adhered to) this basic maxim. See “Connecting America: The National Broadband Plan,” FCC, March 16, 2010 at p. 136 (When “service providers in these areas cannot earn enough revenue to cover the costs of deploying and operating broadband networks, including expected returns on capital, there is no business case to offer broadband services…”);  see also, “The Broadband Availability Gap,” FCC Omnibus Broadband Initiative (OBI) Technical Paper No. 1 (2010) at p. 1 (“Private capital will only be available to fund investments in broadband networks where it is possible to earn returns in excess of the cost of capital. In short, only profitable networks will attract the investment required.”)

[15]      For much of the Open Internet debate, there is great disagreement over whether reclassification will or will not decrease investment. On that question, the pattern of aggregate investment levels is frequently used as evidence. Such patterns do not reflect, however, the influence of public policy. The correct question to ask is how much more would BSP have invested “but for” the regulation? To answer this question, actual investment must be compared to a counterfactual level of investment (or, investment absent the policy).   See, e.g., George Ford, “Finding the Bottom: A Review of Free Press’s Analysis of Network Neutrality and Investment,” Phoenix Center Policy Perspective No. 09-04 (October 29, 2009).

[16]      C.f. Maureen Ohlhausen, “The FCC’s Knowledge Problem:  How to Protect Consumers Online,” 67 Federal Communications Law Journal 203 (2015) (“the regulator’s knowledge problem is most acute when regulating in a fast-changing factual environment—when guesses about the future are more likely to be incorrect.  In such a situation, the collected knowledge quickly becomes stale.  Indeed, if the regulator collects knowledge more slowly than the environment changes, even continuous information gathering cannot stop the regulator’s knowledge from growing obsolete over time.”)