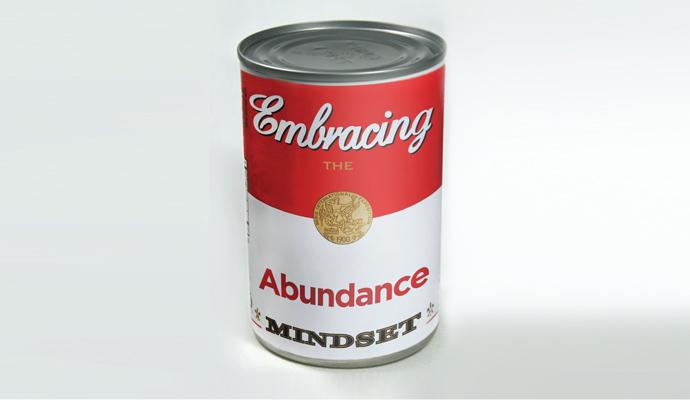 A simple change in viewpoint can make a powerful difference for business leaders. An abundance mindset is a game changer that changes how the rules of innovation are perceived.

With an abundance mindset, opportunities for more learning and successes are equally celebrated as milestones toward a longer and oftentimes larger vision. Once you start to look for more, you soon see more everywhere around you, and you begin to expect more too.

Business author Steven Covey discussed this “abundance mentality” in his 1989 bestselling book, The Seven Habits of Highly Effective People. An abundance mentality occurs when a person believes there are enough resources and success to share with others, and Covey argues that turning this belief into a personal habit soon leads to leadership results.

Business guru Jim Collins refers to the abundance mindset as a shift in attitude as “the genius of the ‘and’ versus the tyranny of the ‘or’.”

The abundance mindset is apparent in the use of genetically-modified (GM) crops. Supporters make the argument that GM crops can produce more food safely and consistently at a cost that addresses the needs of both first-world and developing nations. GM producers have invented crops that resist disease better, reduce carbon emissions, and use less land and water for the same output. Farmers in traditionally emerging markets see these inventions as the potential foundation of a third green revolution.

While the United States has become the largest producer of GM crops, the impact is occurring globally. According to a recent report by the independent International Service for the Acquisition of Agri-Biotech Applications (ISAAA), developing countries are now growing more hectares of GM crops than rich countries.

A second example occurs in the business of academic publishing. In the traditional model, research is controlled by an extensive peer review system maintained by journal publishers who provide quality control and re-distribution of research. University and corporate libraries support this practice by purchasing expensive subscriptions, so that the same researchers who performed the research can gain access to the distribution network.

An abundance mindset around open-access to research, notably work performed on government grants, has already shifted perceptions of the academic publishing model. Dozens of high-quality, open-access journals have launched in recent years, allowing scientists to bypass publishers and share their work directly with research communities through alternative channels. Nature Publishing Group, which owns the prestigious journal Nature and 81 other scholarly journals that operate under the traditional model, recently bought a controlling stake in Frontiers, the fifth-largest open-access publisher. Changes are afoot.

The government has also pushed for open access to publicly financed research, arguing that citizens should not pay twice in taxes and subscriptions fees to access research. In February 2013, the White House Office of Science and Technology Policy (OSTP) told U.S. federal agencies to make the research they support available for free within 12 months of publication. The European Union is considering a similar approach.

What Leaders Can Do

Business leaders can easily cultivate a mindset of abundance. Abundance thinking is a profound shift that quickly changes how people orient to one another, to future opportunities, and to the potential for more.

Leadership strategies can be addressed at personal, team, and company levels—which, together, build a powerful shared mindset of abundance. A variety of possible strategies are highlighted in the accompanying table.

In his 10 years as CEO and president, Doug Conant helped refocus the Campbell Soup Company, a producer of canned soups and food products. He had a long-time practice of writing 10 to 20 personal notes a day to his employees, which he attributes to his “fierce resolve” as CEO and also to an abundance mentality.

In an interview with MIT Sloan Review, Conant explains, “People spend more of their waking hours either working or thinking about work than anything they do, including being with their loved ones. They want that time to be associated with a worthy endeavor. That’s part of what [Steven] Covey framed as the abundance mentality. It’s not one or the other, it’s both. My observation is that increasingly, companies are finding the power of abundance thinking. I find that to be one of the more encouraging trends in the corporate landscape.”

By embracing an abundance mindset, business leaders can become more innovative and growth-oriented in their own worlds—and create more role models like Conant around them. 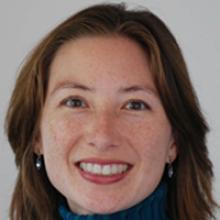