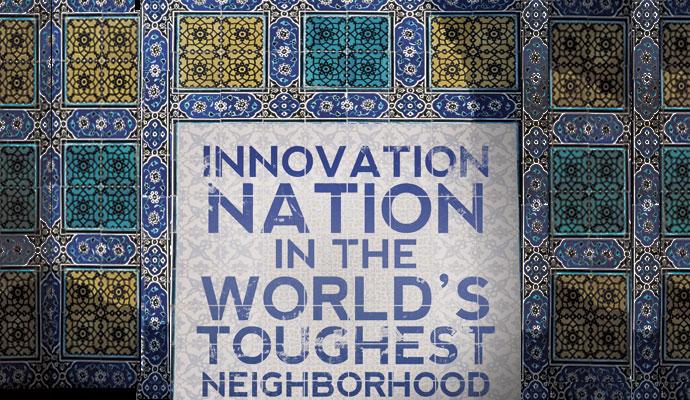 There is a small framed black and white photograph hanging in IBM’s Israel headquarters, an impressive complex of modern buildings in the Tel Aviv suburb of Petach Tikvah, which shows a group of half-a-dozen bespectacled, smiling young men and women standing arm-in-arm.  This was IBM’s Israel team in 1950, during the first year of the company’s operations in a country that was not yet two years old.

Meir Nissensohn, Chairman of IBM Israel, said that even he can’t quite understand why IBM entered Israel back then, but he knew that it was a “pure business decision” not driven by nationalism or religion.

Israel had just won a bloody war of independence against six Arab countries, in which nearly 10% of its population was killed just a few years after World War II.  This was a country roughly the size of New Jersey, half covered in desert, surrounded by hostile neighbors, with no natural resources, and still in the midst of absorbing hundreds of thousands of Jewish refugees from European and Arab countries.  These refugees lived in primitive shelters while the country faced chronic food shortages and a nearly nonexistent economic infrastructure.

Yet in 64 years, Israel has evolved from a hardscrabble economy relying upon on American aid, tourism, and fruit exports into a hotbed of entrepreneurship and innovation. Israel’s rate of progress toward an innovation-based economy is nothing short of staggering.  Today, Israel has the highest density of start-ups per capita in the world, producing more start-up companies than much larger, developed countries like Japan, China, India, Korea, Canada, and the United Kingdom, and attracting over twice as much venture capital investment per person as the United States and thirty times more than Europe.

More than a hundred American firms have opened R&D operations in Israel and many more have acquired companies there, bringing Israel hundreds of billions of dollars in foreign direct investment, creating many thousands of high-skilled jobs, and serving as a key catalyst for Israel’s own innovation boom. IBM is just one of many global companies that have set up shop there, but its story is a telling one.

In 1972, IBM set up its first research and development (R&D) center outside of the United States.  Today, this site remains IBM’s largest research lab in the world outside the U.S., and is joined now by dozens of similar centers in cities across Israel that employ more than 1,000 people. The breadth of the center’s research cuts across industries and sectors.  According to Nissensohn, the story goes beyond what scientists are doing in the IBM facilities to the wider technologically rich ecosystem in Israel that is IBM’s real laboratory.

“We have a joint value proposition and work with companies across the country to identify technologies that we can together bring to market,” Nissensohn said.  Through joint ventures and partnerships, IBM Israel identifies products that compliment the company’s hardware and software capabilities.  Through partnerships and joint ventures, IBM brings those solutions to the global market.  Nissensohn estimates that IBM Israel plus its collaboration with nearly 150 Israeli companies contributes about $1 billion in revenue per year for the parent company.

What’s more is that Israel has continued to prosper and foreign investment remains despite a multitude of wars and terrorist attacks.  In their must-read book, “Start-up Nation: The Story of Israel’s Economic Miracle,” Dan Senor and Saul Singer analyzed Israel’s economic growth in the early 2000s, during the second Intifada, one of the deadliest periods of terrorism, followed by the second Lebanon war and a rain of Hezbollah rockets landing across northern Israel.

They wrote that “Israel’s share of the venture capital market did not drop – it doubled, from 15 percent to 31 percent.  And the Tel Aviv stock exchange was higher on the last day of the Lebanon war than on the first, as it was after the three-week military operation in the Gaza Strip in 2009.”

The word “enterprising” in Hebrew translates into two words: ba’al yozma, which literally mean “master of initiative.” The story of Israel as about one of the most enterprising places in the world, jam-packed with masters of initiative, men and women, who helped to transform this country into an international pacesetter for innovation and a veritable playground for cutting-edge technology even amidst great challenge.  Israel is having an impact on a wide range of industries from energy to life sciences.  For years, Israel has been a critical innovation hub for so many of the American technology giants, such as Intel with its more than 7,500 employees in Israel who have been responsible for some of Intel’s blockbuster hits. American auto giant General Motors and global consumer product giant Proctor and Gamble (P&G) have innovation centers in Israel as well.

“We find technologies everywhere in Israel,” said Dr. Lital Asher, Head of P&G’s Israel House of Innovation.  Dr. Asher explained how P&G has leveraged homeland security technology to improve P&G’s ability to understand people’s behavior, relying on new tools to provide insights into how, for example, people do laundry.  Dr. Lital said that P&G realized the potential of Israel as a truly unique environment for innovation and established a center which collaborates and co-develops products with the Israel ecosystem: start-up companies, academia, industry, and beyond.  Last September, P&G announced a joint venture between Duracell and the Israeli company Powermat, a developer of wireless technology to charge mobile devices without plugging them into a charging source, which is introducing wireless charging stations in New York and has plans for national expansion.

The U.S.-Israel commercial relationship is a growth engine for both of our economies – creating jobs, contributing to economic advancement, and enabling companies on both sides of the Atlantic to innovate, build, and grow new products that transform industries and society.  Yet, as the conversation in the States continues to focus on how we can maintain our competitive edge, produce the most innovative companies, and create jobs for the best and brightest, there are also lessons we can learn and best practices we can glean from Israel’s success story in building up this enterprising nation:

There are, however, potential challenges ahead for Israel’s economy.  With the geo-political shifting sands of the Middle East, Iran’s efforts to build nuclear capabilities, the increasing sophistication of Islamic radicals, critical questions about Israel’s security loom large, as they have since Israel’s establishment.  Yet Israelis are resilient and risk-taking and even rank ahead of countries like Norway and Denmark by placing 14th on the United Nation’s World Happiness Report.

Another key set of challenges for Israel comes from within.  Israel is dealing with population dynamics that are due to have a large influence on its economic future.  For instance, in 2010, workforce participation in Israel was at 64% among the working-age population—significantly lower than the OECD average—due to the large and quickly-growing ultra-Orthodox and Arab-Israel populations whose participation in the labor force is very low.  How Israel trains and integrates these communities into Israel’s knowledge-based economy is a serious question.

Another game changer for Israel is the recent discovery of world-class natural gas reserves off its coast, which present a range of possibilities for the country—economic, strategic, and political.  Israel will have the opportunity to transform its energy economy from 100% import-based to potentially being an exporter of natural gas and in the process transform Israel’s economy for generations to come. Given that this is an entirely new sector for Israel that has arisen over the last two years, the country has neither the infrastructure nor the know-how yet to access and refine its natural gas resources. If Israel’s track record is any indication, this will be the next frontier for innovation in Israel.

In seeking out the Holy Grail for how innovation happens and how a country effectively fosters it, there is no question that Israel is a critical place to look.  In the sixty-plus years since its establishment, Israel’s economy has grown fifty-fold, hitting an important milestone just last year by being admitted into the OECD.  Understanding where this entrepreneurial “oomph” comes from and how others can emulate it is the critical question of our time.

Josh Kram is senior advisor for Middle East and North Africa Affairs at the U.S. Chamber of Commerce where he directs the U.S.-Israel Business Initiative. 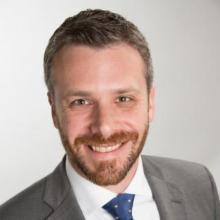