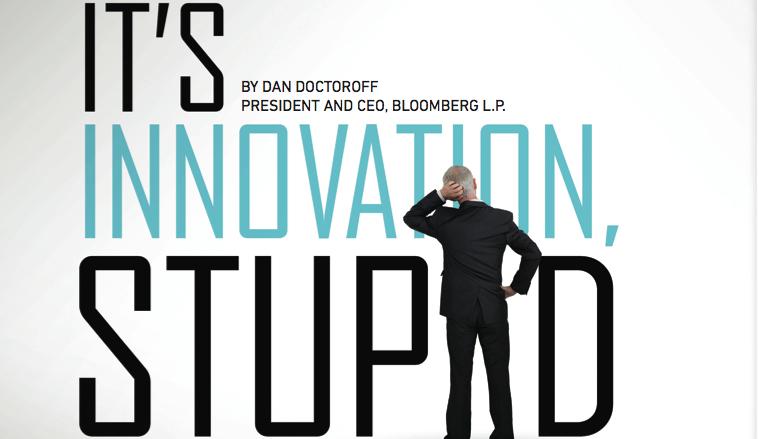 Back in December, I attended the annual conference of the U.S. Chamber’s Committee of 100 (C100).,where the nation’s leading association executives reflected on 2013 and planned for the year ahead. Despite the conference’s sunny beachside location, the mood in the room was distinctly cloudy—no surprise for a group whose professional outlook hinges on decisions made by the U.S. Congress, which just completed a year that was barely one-tenth as productive as the infamous “Do-Nothing Congress” of the late 1940s.

Unfortunately, economic uncertainty has become a vicious cycle in Washington. My hypothesis is that our current state of political polarization is not random; as more people fight over a fixed or shrinking pie—and relative inflation-adjusted earnings of the middle class fall—economic rancor and mistrust bleed into the political arena, making it all but impossible to reach consensus. This legislative stalemate, in turn, breeds uncertainty and heightened risk that freezes business investment, thereby perpetuating the cycle.

And it’s not just industries tied directly to Washington that are feedling the burden of this uncertainty. BGOV—Bloomberg’s service for professionals who interact with or are impacted by the federal government—conducted a study to determine how private sector sentiment toward the public sector has changed in recent years. Our analysts reviewed risk statements in the 10-K reports of 60 companies across a broad spectrum

of industries. Not surprisingly, we found that the federal government is quickly rising up the ranks of risk factors that keep executives up at night—but the magnitude of this rise is startling. In total, 47 of the 60 companies BGOV studied focused more on government risk in 2011 than they did in 2005. [Note: See BHQ Issue 7 for “Risky Business: Measuring Government Impact” by Bloomberg’s Anthony Costello.] One interesting example among these companies is Houston-based Schlumberger, an oil and gas services company that has zero government contracts and derives nearly 70% of its sales from outside the United States, yet devoted half of its 10-K risk section to U.S. government risk.

While there’s a natural tendency to pull back on investment during times of uncertainty, doing so delays economic recovery and actually puts your business at greater risk. This was confirmed by a 2002 McKinsey & Company Quarterly study, “Learning to Love Recessions,” which showed that companies that ramp up investment in high-risk climates—even temporarily sacrificing profit margins to do so—tend to come out stronger when the economy recovers.

And if we look past the dysfunction in Washington, I think this is a great time to invest in your business. I’m an unabashed optimist about America’s prospects, and not the rose-colored-glasses kind. My optimism is based on 200 years of U.S. history. When Michael Bloomberg became mayor in early 2002—and I joined him as deputy mayor—the fires at Ground Zero were still smoldering, and the dot-com bubble had just burst. We were facing one of the gravest crises in the city’s history. Residents and businesses were fleeing, and the tax base was drying up. Recognizing that the economic and financial cycles that had battered the U.S. economy tended to impact New York more dramatically than the nation as a whole, we determined that we had to understand financial cycles to better plan for them. So we studied the 10 financial panics, crashes or busts that had occurred since New York became a financial center around 1800: the depression of 1807; the panics of 1819, 1837, 1857, 1873, 1893 and 1907; the Great Depression; the early 1970s; and Black Monday in 1987.

What was surprising was that the rhythm of bust and boom followed a very similar pattern: robust recovery following each crisis was led by major innovation— fundamental and lasting structural changes to the economy, the conquest of new sources of raw materials, major new methods of financing or production, and the opening of new and rapidly growing markets. Each time, these innovations produced a wave of investment in entirely new industries, which in turn stimulated secondary industries—all creating a multiplying effect that changed market psychology, got consumers and businesses spending again, and encouraged economic resurgence.

Following the recession of 1807, new methods of agricultural production led to dramatic economic expansion in the early 1800s. Building the great inland canals (like the Erie Canal) propelled the economy of the 1820s, as did railroad expansion in the 1840s, the development of the oil and steel industries in the 1870s, new mass-production techniques (like the assembly line) in the 1910s, and the Internet in the 1990s. Each innovation followed a major contraction. Even the New Deal only stabilized the economy and didn’t end the Depression; what ended it was the mobilization for World War II.

Financial innovation has also played an important (though at times, controversial) role in economic recovery and growth, which can be seen in the expansion of credit through paper currency in the 1810s, the development of junk bonds in the 1970s, and the sharp rise of securitization over the past decade. And, of course, human nature being what it is, excitement about these innovations eventually gives way to exuberance and irrationality, which leads to the inevitable crash, and the cycle begins again.

While it is unfashionable to talk about American Exceptionalism, the innovation cycle is a uniquely American phenomenon. As a nation of immigrants, we are optimists by nature. After all, the decision to uproot one’s life to move from another country

to ours requires a fundamental belief that what’s to come will be better than what’s come before. Each succeeding wave of new immigrants renews this optimism. It is also not surprising that such a high percentage of disruptive companies are founded by immigrants.

If you’re waiting for the next innovation cycle to begin, you’re already missing it. 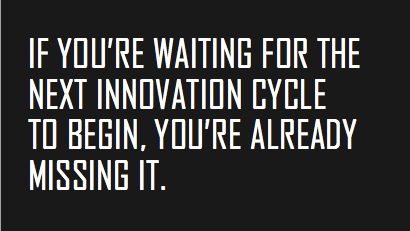 There’s no more dramatic example than the energy sector. A boom in the discovery and extraction of shale reserves now positions the United States to surpass Russia and Saudi Arabia as the world’s top oil producer by 2015—something unimaginable just a few years ago. And while some might think our oil boom would come at the expense of renewable energy, the U.S. Department of Energy reported a 26% increase in renewable energy generation since 2011, with even stronger demand expected to continue this year, while margins on wind power continue to grow as that market matures.

Keep your eye on manufacturing. While no one expects us to revert to the industrial economy we once had, there are hopeful signs of a modern manufacturing resurgence led by efficiency, technological sophistication, and lower transportation costs. It’s no coincidence that Tesla—one of the hottest American success stories today—was not just conceptualized in America. Its cars are built here too.

Healthcare is also a red-hot market for innovation. While many were focused on the uproar over the bungled rollout of Healthcare.gov, the more important story is the massive opportunity for disruptive solutions the Affordable Care Act will create in the coming years, with support coming from both public and private sector investment. When the professional services firm BDO recently surveyed fund managers on which industries they viewed as having the greatest opportunity for new investment in the coming year, healthcare and biotech tied for second, behind only manufacturing.

The tech sector continues to be the backbone of this innovation cycle. In just the past few years, the broadband revolution (both wired and wireless) has connected more people at faster speeds in the United States and across the globe. Few industries have been immune to its disruptive power. Peer lending is empowering consumers to skip banks; cable television is dying a slow death as consumers embrace on-demand video; the concept of a university lecture hall is giving way to data- and content-rich distance learning; countless startups are vying to change the way doctors treat patients and manage records; in major cities, even the simple act of hailing a cab has been disrupted by on-demand taxi apps. Recognizing that the broadband revolution still has plenty of room to grow, venture capital firms are competing with each other furiously to fund promising startups, with deal volume up 100% last year versus 4 years ago.

We are already starting to see the impact of the American Innovation Engine on the country’s economic growth. But if history is a guide, given the scope of innovation across so many industries, it is likely to accelerate over the next several years, leading to lower unemployment—and, hopefully, reversing the 40-year trend of lower wages for the middle class. And if this happens, it is even possible that we will begin to witness a gradual reduction in political polarization, something that will give even our colleagues in the C100 something to smile about. 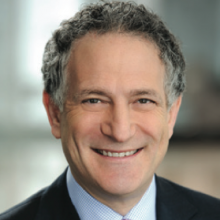