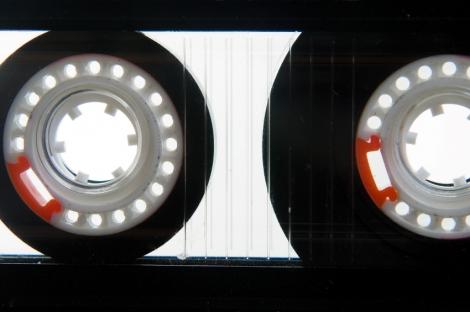 In 2011, the U.S. Chamber of Commerce published a compilation of case studies highlighting the value of business involvement in education reform. The report, titled “Partnership Is a Two-Way Street: What It Takes for Business to Help Drive School Reform,” told the stories of successful business-educator collaborations in Austin, Texas; Nashville, Tennessee; and Massachusetts.

Though all provide insight into ways businesses can support education reform, from providing political support to presenting innovative ways to create change, Massachusetts once again stepped into the spotlight. Given the recent outcry surrounding Common Core State Standards (CCSS) and the skepticism with which it has been faced, the following excerpts from “Partnership Is Two-Way Street” are of utmost relevance. Just as several states are currently questioning the efficacy and integrity of Common Core, Massachusetts encountered significant reluctance before its final decision to adopt CCSS.

Before the Education Reform Act, Massachusetts was tied for third in the nation on fourth grade National Assessment of Education Progress (NAEP) reading scores, but was hovering between seventh and twelfth in the nation for fourth and eighth grade math scores. The assessment regime that emerged from the Reform Act—known as the Massachusetts Comprehensive Assessment System (MCAS)—is one of the most rigorous in the nation for both math and reading. In the nearly two decades since 1993, Massachusetts has become perhaps the nation’s most successful experiment in systemic school improvement. The state has led the nation in fourth and eighth grade NAEP scores for both reading and math every year since 2005, and was ranked first in Education Week’s “Quality Counts 2010” report for K-12 education achievement.

To ensure that the Common Core did not represent a retreat, [Massachusetts Business Alliance for Education (MBAE)]’s leaders needed to see a comparison of the proposed Common Core standards and the recently revised state standards. Analyses were being conducted by Achieve, Inc., a group instrumental in drafting the Common Core standards, and by the Pioneer Institute, but these two groups had staked out strong positions in advance. Without an independent report on which to base its judgment, MBAE was not ready to take a stand. MBAE realized that the only way it was going to get an independent evaluation of the Common Core and the new state standards was by commissioning its own study.

Throughout the process, executive director Linda Noonan made it clear that MBAE would pull the plug if it appeared that the analysis might be biased … Noonan said, “It was important for everyone to know that if there were any string attached, MBAE was more than willing to walk away and not take a position.

The final 152-page study provided a detailed look at how the Massachusetts English and math curriculum frameworks compared with the Common Core pre-K-12 language arts and math standards. WestEd “crosswalked” the two sets of standards, gauging the degree of alignment in four categories: content skill and knowledge, depth of knowledge, clarity, and measurability. WestEd also compared the vertical alignment of the stands—the extent to which skills and knowledge in the standards aligned across grades and increased in complexity across grade levels.

WestEd found that the two sets of math standards were 96% aligned and the language arts standards were 74% aligned. WestEd reported that the lower alignment results for language arts were due primarily to the fact that the Massachusetts standards focused more on specific genres of literature, whereas the Common Core standards focused more on specific skills that applied across genres. WestEd concluded that “for both mathematics and [English language arts], the [Massachusetts] standards and the [Common Core standards] overlap in content coverage and are comparable in terms of clarity and measurability.

The stamp of approval from MBAE, which has been described as “the guardian of education” by former Massachusetts secretary of education Paul Reville, was the turning point in the state’s decision-making process. The independent, unbiased data eased the doubts of state officials and educators, who had worried that the implementation of CCSS would lower Massachusetts’ educational standards. The Massachusetts Board of Elementary and Secondary Education came to a unanimous decision to adopt CCSS almost immediately after the MBAE results were released, and three years have now passed since Massachusetts became the 27th state to adopt CCSS.

The state has maintained its number one spot in Education Week’s “Quality Counts” report for K-12 achievement all 3 years, and shows no signs of slowing its continued dedication to creating an outstanding system of education.

Emily Yau is an undergraduate student at Northwestern University and summer intern at the U.S. Chamber of Commerce Foundation.