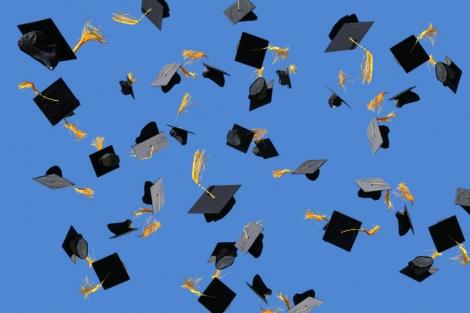 Each June, as high school seniors across the country are celebrating their graduations and preparing for the next step in their lives, Education Week publishes its annual Diplomas Count report on high school graduation rates. This state-by-state report reminds us that even though graduation rates are steadily improving—to 74.7% nationwide this year, its highest point since 1973—there are still millions of high school students who leave school without a diploma.

Diplomas Count breaks down this data by gender and among the nation’s five largest ethnic groups (American Indian, Asian, Latino, Black, and White) and provides valuable insight into what we are doing right—and where we continue to fall short.

Nationally, Latino students have made the greatest gains among the five ethnic groups studied. Since 2000, graduation rates for this cohort have risen 16 points, cutting the White-Latino gap in half. Graduation rates among Black students have also shown great improvement, up 13 points since 2000. However, American Indian students gained only three percentage points over 10 years and have seen graduation rates decrease the past three years, demonstrating that not all races are making progress at the same rate. Regardless, this 10-year trend indicates a narrowing of the achievement gap among all races.

The gap between the highest-performing state (Vermont, which graduates 85% of its students) and the lowest (the District of Columbia, which graduates just 57%) also indicate that the news isn’t all good. Michigan, New Mexico, Rhode Island, South Dakota, and Utah all saw their graduation rates decrease between 2000 and 2010, with Utah slipping by eight full percentage points. American Indians in South Carolina graduate at a rate of just 24.4%—less than 1 out of every 4 students. While the country as a whole is moving in the right direction, some segments are falling farther behind.

When looking at this data, it’s easy to forget that these are not just numbers—these are real people with real futures that do not look very bright. And while 75% sounds like a pretty strong graduation rate, it also means that 25% of America’s students are leaving high school without a diploma. For the class of 2013, that equates to more than one million projected non-graduates who will likely enter the workforce at the bottom rung, lacking the skills necessary to find good-paying work. That is a losing proposition for these students, this economy, and this country.