Forget the Politics of Common Core 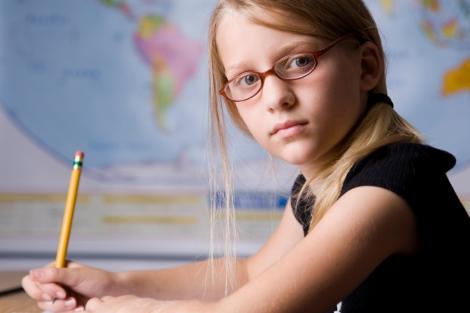 Ingrained deep in American culture is the ideal of freedom and sovereignty—the very birth of this nation was through the efforts of people who valued autonomy above all else. We cling tightly to this paradigm, skeptical of any law, regulation, or policy that so much as hints at the possibility of homogenization or de-individualization. The resistance to the Common Core State Standards (CCSS) is no exception.

As Common Core gains influence and support in the political arena, those opposed to its implementation have become increasingly vocal in their protests. As highlighted in the latest issue of CQ Weekly, several states have either decided against adopting Common Core, or have halted its enactment. Texas, in particular, is adamant about maintaining its “sovereign authority” with regards to education policy. Combined with Michigan State Representative Tom McMillin’s assessment that Common Core is a way for the government to “dictate” standards that states are “expected to blindly accept”, it is clear that preoccupation with government control pervades the argument against CCSS.

Though the Obama administration has indeed put its support behind Common Core, fears that the government is attempting to monopolize education across America are baseless. The National Governors Association, in conjunction with the Council of Chief State School Officers, enlisted the expertise of educators and policymakers from all over the country in a bipartisan effort to develop the standards outlined in the Common Core. In fact, this process began even before Obama took office. Adoption of Common Core is purely at the will of each state, and upon adoption, each school district makes the individual decision about what methods it deems most appropriate to achieve these standards.

While the Department of Education has waived several No Child Left Behind directives for states that agree to adopt Common Core standards, the motivation is neither selfish nor power-driven. Disregard, just for a moment, your opinions regarding Common Core, and look at the facts. The National Assessment of Educational Progress results reveal that in almost every state, the majority of students are not proficient in reading or math. Additionally, America’s system of education has fallen far behind that of other developed nations. According to data compiled by the Paris-based Organization for Economic Co-operation and Development, American students rank an unimpressive 14th in reading, 25th in math, and 17th in science.

It is undeniable that something needs to be done about the inadequate education that our children are receiving. If we do not raise our standards and expectations, the majority of students will continue to fail to learn the fundamental skills they need to succeed, and those who do have the opportunity to learn will continue to be pushed in the direction of mediocrity. If we stand by and do nothing, we will make it difficult for yet another generation to succeed after school. But if we can reach them and show them the value of a strong education, we can ensure that each child will have the opportunity to reach his or her full potential.

Every child deserves a strong education that will open doors for the rest of his or her life. It is up to us to decide whether we want to watch as our children struggle, or whether we want to do everything we can to help them push those doors open. We may be surprised at the amazing things they can accomplish if just given a chance.

Emily Yau is currently an undergraduate student at Northwestern University and an intern at the U.S. Chamber of Commerce Foundation.