U.S. Chamber of Commerce Foundation / The Age of the Millennial has Arrived, but Are They Ready to Seize It?

The Age of the Millennial has Arrived, but Are They Ready to Seize It? 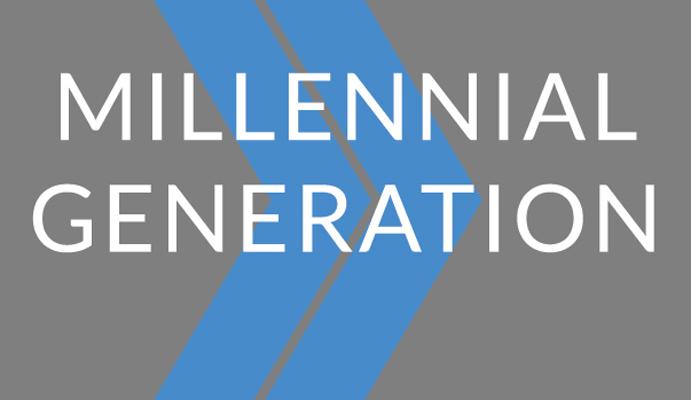 This is the second in a series of blog posts about Millennials in the workforce. The first post: "What will Millennials Think of American Business?"

When every new generation joins the workforce, it can sometimes seem like they’ve entered the five stages of grief. It looks something like this:

1)     The freshly minted graduate faces denial that spring break is gone and a job is even necessary, followed by…

2)     Anger, as cynical detachment morphs into an attempt to assign blame on whoever confined them to a cubicle.

3)     Then they enter the bargaining stage, perhaps believing that it’s possible to delay full adulthood.

4)     That’s when the depression hits, when they realize that adulthood is inevitable and nothing in a career is assured.

5)     Finally, we see the generation coming to a point of acceptance with life in the workforce.

I should know—I’m a Millennial. This is a generation that’s just started to claw its way into the workforce and reports are already surfacing of a rising “tide of cynicism” and a “crisis of meaning.” Yet for as much as this angst seems both normal and justified (how can we ignore the headlines on student debt and unemployment?), it also seems particularly misplaced.  Never before in America’s history has a generation enjoyed more opportunities to engage in meaningful work.

Millennials are America’s largest generation—ever. They are 86 million workers that carry a tremendous degree of influence and opportunity that will only grow as earlier generations edge closer to retirement. What drives this generation will necessarily inform the world around it, and we’re already seeing their aspirations sculpt reality.

This generation is optimistic, entrepreneurial, and tech-savvy. Twenty-somethings today have a profound desire for meaningful work. They want work that is transformational rather than simply transactional. They want to trust their employer and, even more so, to have a passion for what they do while at work. If that passion points beyond the career ladder to starting their own business, they will be in good company— according to the Kauffman Institute, 54% of Millennials want to start their own business or have already done so. It’s a good thing then that technology is woven into the lives of this generation. The digital revolution—which took off before many members of this generation were born—has broken down countless barriers between ideas and the marketplace. Crowdfunding is but one example of this dynamic.

Millennials still want to be on the road to success, but money may not be in the driver’s seat any more. A recent Pew study found that nine in 10 Millennials believe that they already have enough money now, and they expect that this will continue to be the case in the years ahead. This generation appears to place greater value in flexible hours and job development, for which the smartphone and laptop are essential tools. For me, I value having a voice in an organization and people around me who are willing to engage in conversation. Fine, let the Urban Institute forecast a “future of stagnant wages, diminishing job opportunities, and lost home values”—this generation is having none of that. It may well be that “confidence flows into overconfidence as a tactic to fend off a more appropriate depression,” as Zara Kessler so eloquently put it, but I think there’s something more going on. Millennials are finding meaning work in ways that go beyond money alone, both because they can and they must.

This new generation is the most educated in American history. Nearly 40% were in college in 2008 and half of those wanted to pursue graduate degrees, according to the Pew Research Center. By 2010, Pew had found that “more than half of Millennials have at least some college education (54%), compared with 45% of Gen Xers, 35% of Boomers, and 24% of the Silent generation when they were ages 18 to 28.” Yes, the cost of college is high and growing, but so is the return on this “investment.” With education comes the chance at a better job and a more fulfilling career. Learning doesn’t just come in one flavor anymore either—you need only look at the growth in massive open online courses (MOOCs) and even vocational schools to see evidence of this.

Trust and the Purpose-Driven Career

All of the resources and desires bubbling up around today’s young people are ultimately meaningless without the context of purpose, and here’s where we get to the fundamental dynamic that informs meaningful work. Purpose means not just knowing why you’re doing what you’re doing, but the ways in which your work is fundamentally part of something bigger and more enduring than yourself. In the Harvard Business Review blog, Nathaniel Koloc outlines four defining features of companies that offer what I’ll call a “purpose-driven career.”

It’s never been easy to grow up. Millennials may at times seem to be taking this a little too personally, but remember that there is nothing new here. Every generation is uniquely born, coming to bear attributes that some may call remarkable, and they all soon learn to just get over themselves. They learn to trust in things larger than themselves because they must—whether those things are institutions, businesses, or family. Trust becomes their currency for functioning well in the marketplace and community. Today, more than ever before, that trust is increasingly being reinforced by a greater sense of purpose in work.

What makes the Millennial generation and every other generation before it “unique” is now being met by a range of opportunities that technology, education, and business values can now afford. Rather than having cause for grief, Millennials should celebrate. I’ll be right there with them.