Is Average No Longer Good Enough? 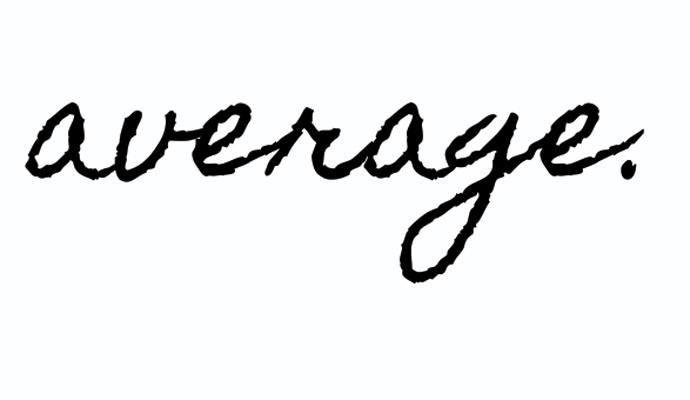 Tyler Cowen, a noted economist and blogger out of George Mason University, has outlined America’s next 20 years in a fascinating new book called Average Is Over. It reflects how Cowen thinks—each page is effortlessly wide-ranging, casually compelling, and almost ruthlessly objective. He looks beyond today’s “new normal” to an increasingly meritocratic world profoundly influenced by technological change and growing inequality.

Cowen’s mind could launch a thousand books. This one seems to contain two of them; one on chess, which he’s personally intrigued with, and another that follows up on his best-selling The Great Stagnation. It’s the latter part that’s set tongues wagging (President Obama replied to it and another reader actually cried after finishing it), because Cowen paints a picture that’s been seen with optimism for the highly skilled and pessimism for nearly everyone else. These are far-reaching economic transformations that he’s describing with equally profound consequences.

In a recent interview with fellow economist Russ Roberts, Cowen described what this future looks like for the middle class:

I think over time a lot of people in the middle class, in fact most of them, think we'll either grow into being quite wealthy, or they will have more stagnant income in the lower-middle class range. So, I think what we thought of as middle class America in, say, the 1960s, will be viewed as a historical anomaly. Lots of people will benefit greatly from this change, but not quite everyone.

Policy is unlikely to reverse these on-going shifts. Robin Hanson rightfully points out how saying this seems to smack of a “disloyalty” to the policy process and even an immoral “hostility” toward those left behind in a changing world. But I believe that we should always approach policy in humility and grounded in reality. In this case, that means looking squarely at the future and thinking clearly about how to make the best of it. Indeed, if the American Dream is that “life should be better and richer and fuller for everyone, with opportunity for each according to ability or achievement," Cowen's meritocratic future simply confirms what policy's goals must be.

When looking for policy ideas then, our greatest objective should be to foster mobility. Assuming Cowen’s projections bear out, we face a coming era marked by greater inequality, reduced opportunity for the lower-skilled, and wage and employment stagnation. The need for increased mobility to escape these trends will be great. Bettering America’s education system appears to be the first and biggest no-brainer solution. What I mean by that is re-tooling what and how the next generation learns. Jim Clifton’s The Coming Jobs War has the most clear-eyed writing on how schools fail to educate entrepreneurs, and McAfee and Brynjolfsson’s Race Against the Machine shows us how technologically uncompetitive the basics of reading, ‘riting, and ‘rithmetic are. Cowen is especially excited by new digital learning tools (as am I), though in higher education the accreditation cartels seem pitched against more innovative learning platforms.

Inequality is also geographic in nature, and the future Cowen paints seems primed to leave big cities as bastions of wealth and middling cities saddled with stagnant incomes. That is why we want people moving in search of opportunity. Along these lines, AEI’s Michael Strain recently proposed “offering relocation vouchers to the long-term unemployed in high-unemployment areas.”

One surprisingly powerful approach would be to take a battle-ax to land-use regulation across America’s cities. This web of zoning codes and building restrictions ensnares far too many Americans for the sake of incumbents. Let's make it easier for housing supply to match demand. Let's enable people and companies to readily move from place to place in search of opportunity. If one city happens to be more productive, let's not clamp down on building such that we gradually force out residents who might otherwise have been able to take advantage of those gains. Not only will smart people be able to afford to move to places where their skills will be best used, but those left behind by our changing economy will also be able to manage a move or greater relative wealth where they are.

In fact, if we recognize the benefits of encouraging mobility across city and state borders, it shouldn't be that hard to see why we shouldn't desire greater mobility across country borders. Immigration reform for highly-skilled workers begins to seem like even more of a no-brainer than it is today.

Those are just a few thoughts, but the conclusion remains the same. We face a future of opportunity and challenge. Cowen’s book shows us how to deal with these coming changes well. In light of his findings, the need to address mobility in a way that enables opportunity has never been greater. Rest assured that our future depends on it.