U.S. Chamber of Commerce Foundation / Average is Over: How Delaware is Leading on Common Core
General Foundation
April 15, 2014

Average is Over: How Delaware is Leading on Common Core 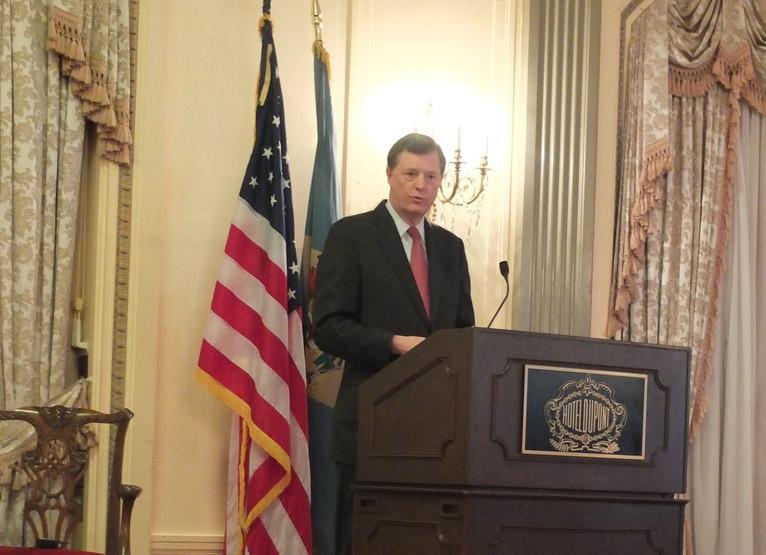 The U.S. Chamber of Commerce Foundation and Delaware Governor Jack Markell hosted a sold-out event Monday for Delaware business, community, and education leaders to discuss how implementing high academic standards will lead to a prosperous state economy.
U.S. Chamber of Commerce Foundation President and former Maine Governor John McKernan kicked off “High Standards, Prepared Workforce” with an engaging keynote address about how the Common Core State Standards are making a difference in Delaware schools. A topic often marred by political tensions, McKernan reasoned, “We need to show people that high standards aren’t a liberal or conservative issue—it’s an issue this nation as a whole must confront, and one we must work together to solve.”
During a panel discussion with business and education leaders, local high school teacher Paul Ramirez spoke with the kind of enthusiasm any parent would want to see in their child’s instructor. He explained how implementing the new standards in his school has resulted in a shift away from “teaching to the test” towards a renewed school culture that believes all teachers and students can rise to higher standards.
All of the participants agreed on the critical importance of involving parents. As referenced by Governor McKernan, a new Gallup survey demonstrates that while a majority of parents are proponents of the higher standards, a large percentage remain unaware of what Common Core is and what it means for their child’s future.
Delaware’s state PTA is trying to remedy this problem by helping parents and students make the transition. “By holding information sessions for parents in their local schools and distributing information explaining the objectives and impacts of Common Core, PTA representatives have demonstrated their important leadership. Parents are a critical part of the conversation, as they were during the development stages,” McKernan said in his remarks.
Delaware’s State Board of Education President, Teri Quinn Gray, spoke from her perspective not only as an education leader, but also as a parent.
“Implementation is no fun—but that doesn’t mean it’s not right for our kids.”
She added that delaying implementation isn't going to help a student struggling to read at grade level.
"Do you want to give them more time not to read on grade level?" she asked. "How does that work?"
Pepco CEO Joe Rigby echoed Quinn Gray’s urgency, declaring that 30% of his workforce could retire tomorrow and that engaging in education is a business strategy for Pepco, not just a philanthropic one. Pepco has started a program in the District of Columbia to expose students to potential careers in the industry starting in the ninth grade.
Governor Markell added, “These higher standards are aligned with college and career readiness expectations, and require mastery of essential skills like writing, problem solving, and communications. They build on the strengths and lessons of previous state standards, and standards in high-performing countries, so all of our students will be prepared to succeed in our global economy and society. Successfully implementing these standards in every school throughout our state, and our country, is absolutely crucial for our children’s future, and for the future of our economy.”
Markell concluded the event by leaving the audience with three words that summed up the theme of the forum: “Average is over.”
The business community, in partnership with educators, elected leaders, and other key stakeholders, need to work to ensure Governor Markell’s words become reality.
See also: 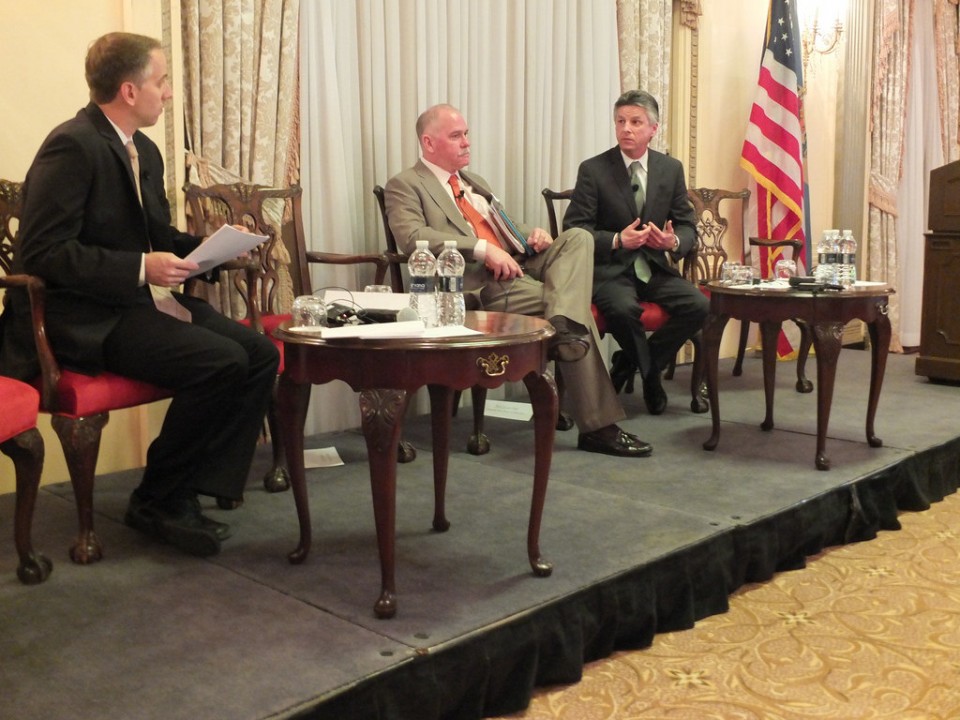 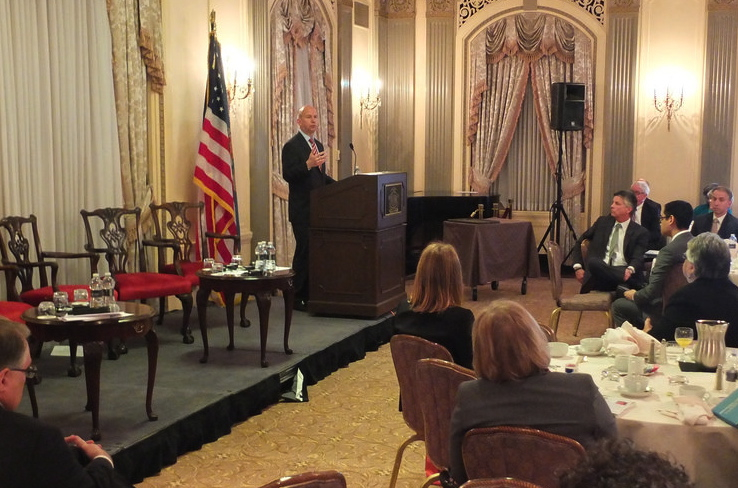