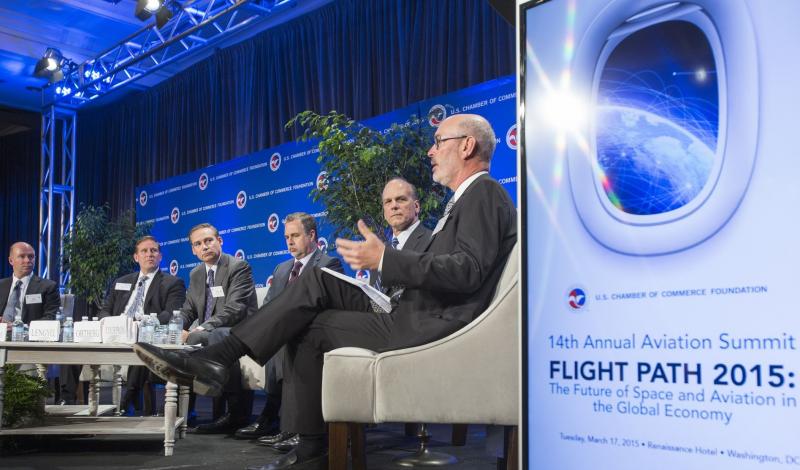 If you missed the 14th Annual Aviation Summit on March 17, you missed a big one.

By most accounts, the summit was a behemoth, featuring more than 700 guests and 30 chief executives, with discussion on a wide range of issues affecting the aviation industry.

“This is our biggest summit yet—we have more participants than ever, bringing together the full range of the aviation community,” said host Carol Hallett, of counsel to the U.S. Chamber of Commerce.

For those who were unable to attend the summit, here are some key highlights.

Innovation For Both Airlines and Consumers– Aviation executives could have spent the entire day talking about recent improvements to airline technology and service. Executives on three panels talked about everything from the new Dreamliner plane from Boeing, the introduction of unmanned aerial vehicles, to the challenge of providing in-flight wireless Internet to customers.

One aviation executive referred to flying customers as “insatiable” in their need for improved services and competitive pricing, and that’s kept everyone in the industry busy.

“The airline industry has taken smart risks, pursued innovations, and continued to push through the outer limits of what we can achieve,” Hallett said. “And that’s how we continue to move aviation forward, even when we don’t know precisely what lies on the horizon.”

Middle Eastern Airline Front and Center – The morning also featured remarks from James Hogan, the President and CEO of Etihad Airways, a relatively new airline based out of the United Arab Emirates.

Hogan came to Washington amidst some criticism from competing airlines, who have argued the airline has an unfair competitive advantage due to subsidies provided by the UAE government.

Hogan took time to tout the airline’s growing role in travel through the Middle East, and pointed out that many top airlines began as government-owned businesses. He said he considers the UAE a shareholder.

“Our shareholder, like any rational shareholder in the world, has made that commitment to us because it expects a return, and as it sees greater success from our business, it sees the opportunity for even greater returns in the future,” he said.

American Airlines CEO Doug Parker was among the U.S.-based executives who said Etihad and other other Gulf carriers have an unfair competitive advantage.

“There’s no question that U.S. airlines can compete against any airline in the world, but we cannot be expected to compete against foreign governments and their bottomless resources,” Parker said.

Etihad also used the Aviation Summit to show off a replica of The Residence, a high-end cabin offering a bed, dining area, flat screen televisions and butler service. Price tag: $20,000 for a flight between Abu Dhabi and London.

Chamber Honors Former Continental CEO - The U.S. Chamber of Commerce presented former Continental Airlines Chairman of the Board and CEO Gordon Bethune with the Carol B. Hallett Award for contributions to the aviation industry.

Industry experts have credited Bethune with turning around the finances and reputation of Continental following its bankruptcy in the early 1990s.

Bethune, meanwhile, credited Continental’s thousands of employees for the airline’s turnaround, as well as a new focus on customer service that has been a model for competitors.

Better Air Traffic Control- Everyone knows America’s air traffic control system is outdated. What’s to be done?  Bob Crandall, the former CEO of American Airlines, hosted a panel talk on the issue and acknowledged it’s been a tough problem to solve. “What I believe we’ve contributed to the world’s wisdom has been very little,” he joked at the end of the panel.

Panelists included experts from Ireland and Canada, who offered thoughts on governance—to privatize or not to privatize?—and technological solutions.

Ultimately, United Airlines Chairman, President, and CEO Jeff Smisek may have summed up the issue best when he said “I can think of nothing more vital to the future of U.S. aviation than a modern air traffic control system.”

Space: The Next Frontier – It will be a matter of when, not if, commercial space flights become commonplace. And even as we wait for that day, hundreds of companies are investing in technologies designed around the possibilities of low-orbital space flight and beyond.

Executives said there are now 800 companies involved in the commercial aviation space, representing $10 billion in private investment by the end of the year.

“The excitement over these new ventures is infectious,” said George Whitesides, the President and CEO of Virgin Galactic.

One company executive said the investment in space travel comes partly as a result of the lack of investment by the government.

“As they are slowly stepping back and moving away, we are finding that to our great relief, the private sector is moving in,” said Jeffrey Manber, the CEO of Nanoracks, which offers a way for researchers to utilize the International Space Station. “It’s a very exciting time to show our true potential.” 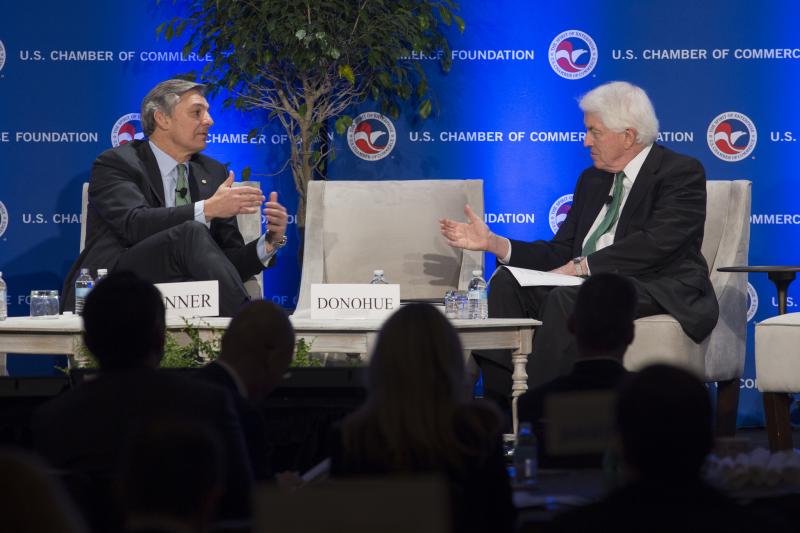