Bitcoin, Teenage Travel, and the Future of Money 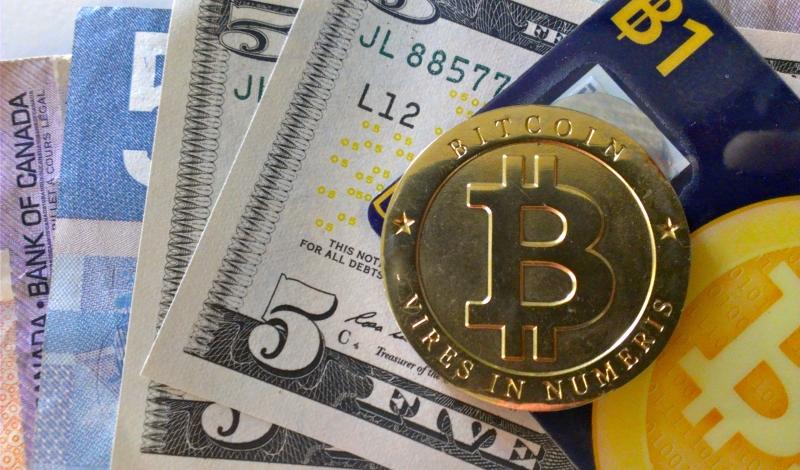 Our 13 year-old daughter just returned home from a two-week exchange program in France. She had the time of her life. But the surprising difficulty we had with money and banks got me thinking, once again, about the huge potential of crypto-currencies.

Several months ago, our daughter told us she would need a bank-issued debit card for her trip. Other friends, however, said a pre-paid Visa or MasterCard, purchased at CVS or Walgreen’s, would work just as well. I made some jokes about traveler’s checks — so old-school — and assumed our friends were correct. So a couple days before her trip I loaded pre-paid Visa and American Express cards with several hundred dollars. But when I got home, I realized that despite my attempt to read the fine print at the store, the cards might not work internationally.

Our daughter was leaving the next morning, however, and so we gave her cash and told her we’d figure out other ways to send her money. Our next step was to get in touch with the (much more conscientious) parents of a friend traveling with her. We were able to load money onto this friend’s debit card. And for a week it seemed to work just fine. Our daughter was able to make purchases and get euros . . . . Until, that is, a French ATM machine ate the friend’s debit card. Luckily, the girls had enough cash for the return trip. But they never did get the card back.

Yes, we could have saved a lot of trouble by listening to our daughter the first time. We should have just ordered a bank-issued debit card several weeks before the travel date. But we didn’t. I’ve travelled a good bit internationally and have always had good luck using my own debit and credit cards. It never occurred to me that in 2015 simple international banking and payment card transactions could be so cumbersome.

Which gets us back to crypto-currencies, like Bitcoin. As a decentralized platform of distributed trust, Bitcoin has the potential to alleviate many of these headaches of our more-centralized payment system, which is based on banks, payment networks, and national laws and regulations. Bitcoin does not depend on this complex web of firms and laws. I know there are reasons — some good reasons — why payment cards don’t work like cash. I’ve written about the big problem of payment card fraud. Often times, the price of protecting against fraud is lost simplicity. Well-intentioned national and international regulations, meanwhile, often end up reducing the consumer friendliness of these financial platforms. Anti-money laundering (AML) laws, for example, may stop a few criminals from serious offenses. But often times the criminals find ways around the laws, and the systems set up to catch the bad guys end up making life more difficult for regular people. Our little story demonstrates that the global system of money and payments is not keeping up with rest of the frictionless digital economy.

Crypto-currencies offer a solution to this problem. Bitcoin is universal and largely frictionless as self-contained platform. It knows no national boundaries. My Bitcoin wallet can interact with other Bitcoin wallets, whether I am in Chicago or Singapore — and the same goes for my counterparty. We don’t have to depend on the relationships among an American payment card network, a French bank, a Japanese consumer, and an Indian monetary authority. No central authority needs to approve my Bitcoin wallet for international travel. Bitcoin is already, of course, finding a chief use as a remittance platform for developing nations.

On the other hand, Bitcoin has its own limitations as money. It is not remotely universal, nor is it frictionless in its interaction with the rest of the economy. Yes, if I can find a solitary Bitcoin ATM in Paris, I might be able to get some euros. But how many stores in the eastern foothills of France, where my daughter was traveling, accept Bitcoin today? Bitcoin’s price volatility is also a demerit. Bitcoin backers are confident its volatility will decline over time, but we don’t yet know how the story will play out. We are still trying to figure out how to reduce the volatility of sovereign currencies that have been around for hundreds of years. And there is no consensus, even among economists, about what stable value is or whether currencies should be fixed or float against one another.

Bitcoin’s strength is as a decentralized platform that mimics, and improves upon, the traditional debit-credit ledger function of banks. This virtue is not — not yet, anyway — matched by the other virtues of a truly useful money: as a medium of exchange, unit of account, and store of value.

Regardless, Bitcoin (and blockchain technology more generally) has solved some fundamental problems of information in a decentralized, complex world. And it highlights some of the unneeded and frustrating obstacles of our current monetary and financial platforms. If nothing else, it could spur monetary and financial incumbents — and policymakers and regulators — to improve their game. As Jamie Dimon just told his JPMorgan shareholders, in a warning about complacency, “Silicon Valley is coming.”