The Business Case for Civics 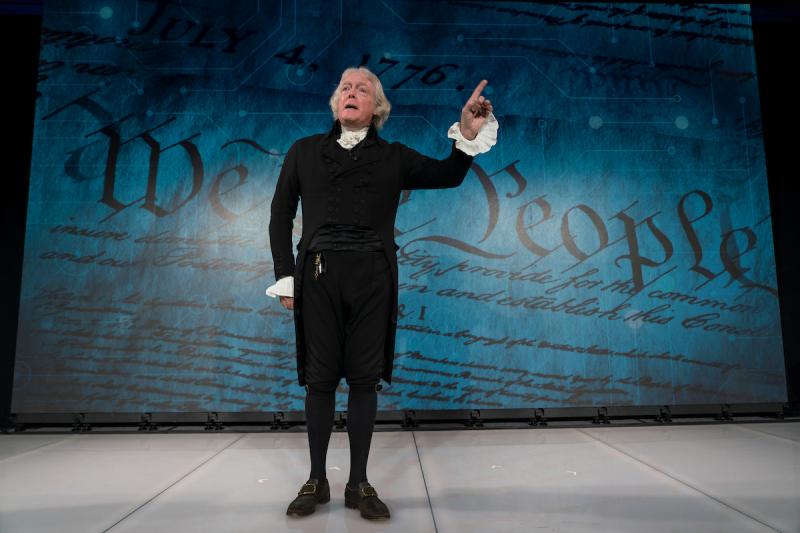 Thomas Jefferson, portrayed by Bill Barker of Monticello, speaks during a civics event at the U.S. Chamber Foundation in Washington, D.C.
© Photo by Ian Wagreich / © U.S. Chamber of Commerce Foundation

George Washington once described “the education of our youth in the science of government” as one of the most important priorities for the young republic.

This remains critical today for the health of our country and the prosperity of our people. It is from our political system, and the shared values it manifests, that we draw the power that has enabled us to lift millions out of poverty and create new industries that are rewriting the future.

But we have a crisis of civic knowledge on our hands. For far too long – decades, in fact – we have been taking civic education and civic engagement for granted. The 2019 Constitution Day survey from the Annenberg Public Policy Center tells us that a quarter of U.S. adults can name only one of the three branches of government and more than a fifth can’t name any. 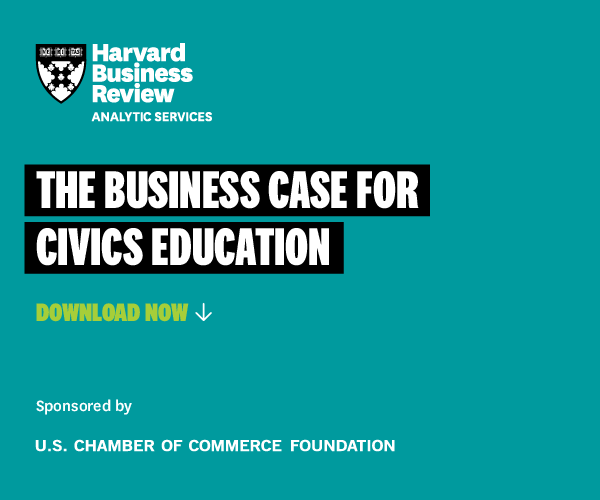 Incivility. Mistrust. Polarization. These are symptoms of a bigger problem that extends far beyond the Beltway and requires everyone – from teachers and shopkeepers to CEOs and volunteers – to be a part of the solution. Over the last year, we’ve spoken with dozens of experts who decried the lack of knowledge most of us have about our democracy and the negative consequences this will have on future generations.

Civics issues are business issues. That’s why we are so eager to share our latest project with you.

Harvard Business Review’s analytic services team produced a new paper, “The Business Case for Civics,” as part of our efforts to educate readers about the strong relationship between quality civics education and favorable outcomes for businesses, workers, and society.

We believe that a renewed focus on civics education and engagement will help prepare workers for the 21st Century and giving people of all ages the knowledge, skills, and disposition to participate in civic life will generate dividends for every facet of society.

Civic knowledge is the backbone of our democracy and our economy. We hope this report demonstrates why civics matters for commerce.