Korean Peninsula at night from space.jpg 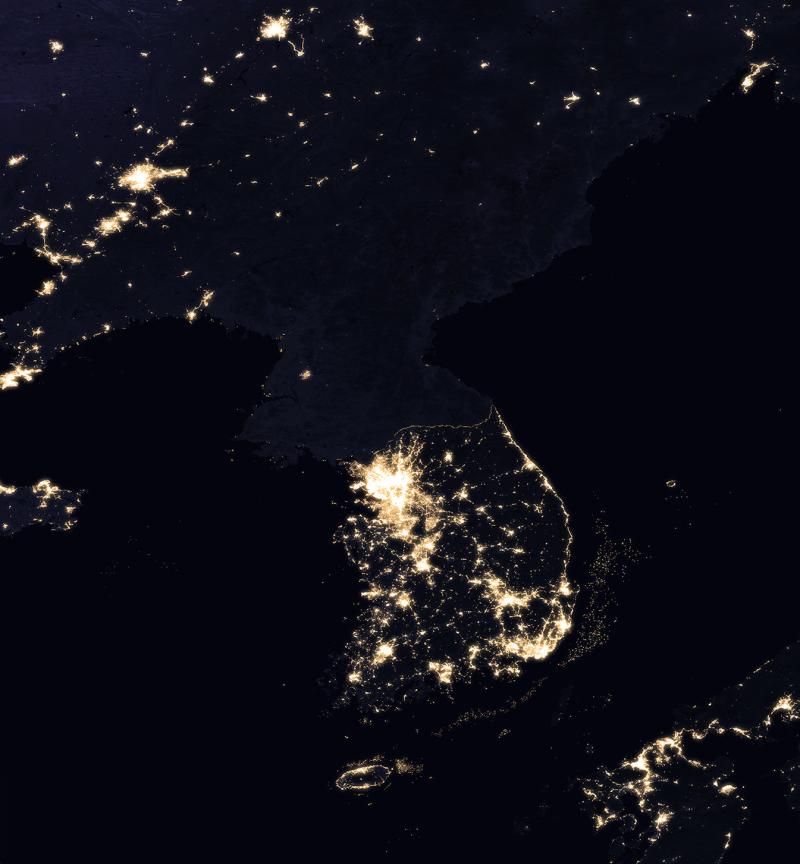 Tweet Facebook
Our progress in the 21st century requires a polity that appreciates the link between political and economic freedom.
Tweet Facebook
The root of good governance is good citizenship informed by civic literacy.

To gain an appreciation for the direct link between democracy and prosperity, simply examine a nighttime satellite photo of the Korean peninsula.

To the north lays one of the unfreest and poorest countries on earth. Private enterprise is a crime.

To the south is a democracy based on the recognition of basic human rights and freedoms—including economic freedom. It has a vibrant private sector and a strong national GDP.  The entire country is bathed in light. In the north, people are subjects. In the south, people are citizens.

I wonder how many of our school children have seen this photo and understand the profoundly important story it tells.

The maintenance of free society, self-government, and a future on the right side of the dividing line between light and dark, liberty and bondage, and prosperity and poverty is a continuous work in progress. Hard work.

Success largely depends on each citizen’s basic comprehension of who we are as a people, what we stand for, and the values and principles undergirding the system put in place to preserve and protect freedom. It flows from informed understanding and faithful practice of the habits, traditions, and responsibilities of good citizenship upon which liberty’s survival depends.

The U.S. Chamber Foundation is examining the business case for civics education. It’s an open and shut case.

Without good citizenship rooted in civics literacy, good governance and the nation’s economic prospects – and the future for enterprise – will wither.

Indeed, informed respect for the mutual-dependence of good government and free enterprise bound by good citizenship is what made the United States the freest and most prosperous nation on earth – and a bright beacon to the world.

The polarization of our nation’s politics seems to have obscured this equation.  We have lost appreciation for the co-dependence of the public and private sectors in our system.

A strong business community matters to the nation because the private sector produces the goods, services, and jobs that society needs to survive and thrive, individually and collectively. Moreover, the private sector-led economic activity provides the revenue to fund the public sector in its vital role in the country.

Why civics and government matters to business and the nation’s economic prospects was described in the Chamber Foundation’s publication, “American Competitiveness.” Good governance was addressed as one of the eight factors that clearly defines the country’s ability to prosper and compete.

“America’s progress in the 21st Century requires a polity that appreciates the inseparable link between political and economic freedom. It demands an honest public sector mature in its understanding that private enterprise is the primary engine of national productivity and prosperity. And it needs leadership that recognizes the Constitutional obligation to promote the ‘general welfare’ encompasses a responsibility to foster productive private initiative. Without good governance, the indispensable ingredients of a sound business environment–freedom, security, rule of law, social cohesion, respect for enterprise and vibrant civil society–are beyond reach.”

The root of a good governance is and always will be good citizenship informed by civic literacy. And it will always be this connection that empowers people, their enterprises, and America to thrive in freedom and prosperity.