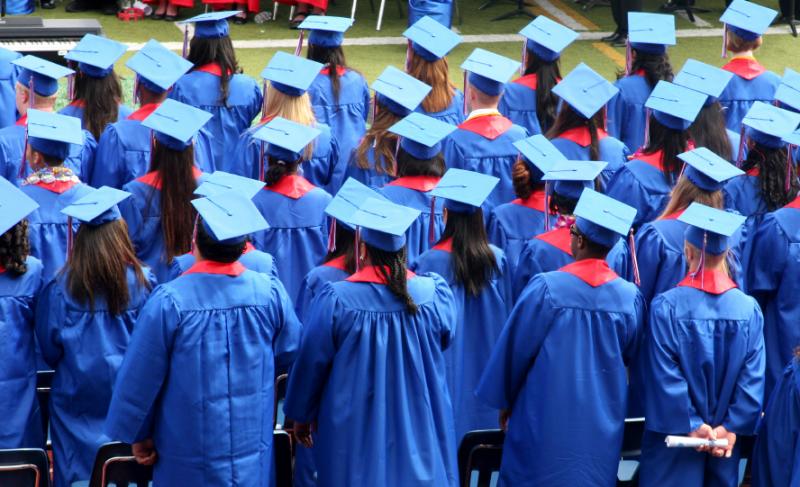 An analysis of federal College Scorecard data by the Center for American Progress, a Washington, D.C.-based policy institute, provides positive news that college completion rates have been inching up. Unfortunately, the improvement is nothing to brag about, and the college completion results for several states are appallingly poor.

The Center for American Progress analysis finds that completion rates for students who enrolled in public four-year colleges from 2002 to 2007 and completed their college programs within six years of entering increased 6 percentage points over that period. 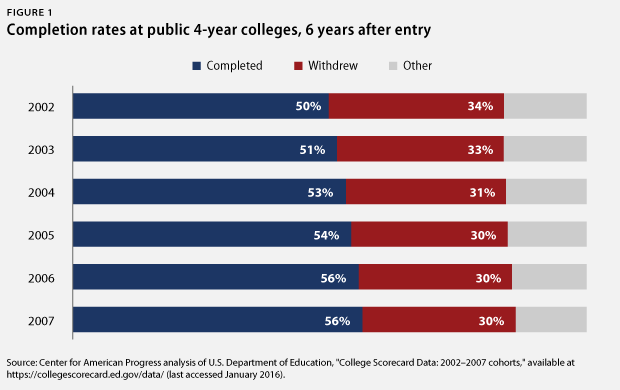 However, that improvement means that less than 60 percent of students are finishing what they start when they enroll, less than half of low-income students are completing college within six years, and colleges still see roughly a quarter of their students drop out during their first two years of study.

According to the report, college completion rates are below 50 percent in six states.

There are limitations to and some flaws in the data on which this analysis is based. Even so, I can’t imagine that parents who face the prospect of shelling out tens of thousands of dollars for tuition and related college expenses are thrilled by the notion that their child has a six in 10 chance of succeeding in college. I can’t imagine that taxpayers who supply the funds for state appropriations to colleges and universities and student financial aid programs are pleased with that success rate.

College completion rates don’t tell the whole story. They don’t shed any light on how students who actually graduate from college fare after they leave campus.

Moreover, these college completion rates don’t tell the whole story. They don’t shed any light on how students who actually graduate from college fare after they leave campus. Do they have the skills and competencies they need to get good jobs? Are they building successful careers? Are they engaged in their jobs, raising families, active in their communities? Data from other sources indicate that graduates’ success rates aren’t any better than student completion rates.

We at USA Funds® believe that students and their families as well as taxpayers should expect a much higher return on their significant investment in postsecondary education. We are working with educators, employers, government leaders and other like-minded nonprofit organizations to build a more purposeful path through education to careers. Some of the initiatives we are supporting encompass the following concepts.

America’s higher education system, once recognized as the best in the world, can regain its leadership position, but only through a change of focus to producing lifelong results for students, engaging with employers in a new relationship, adopting new approaches to delivering education, and helping each student realize his or her potential.

This post was originally published on the USA Funds' Completion with a Purpose blog.