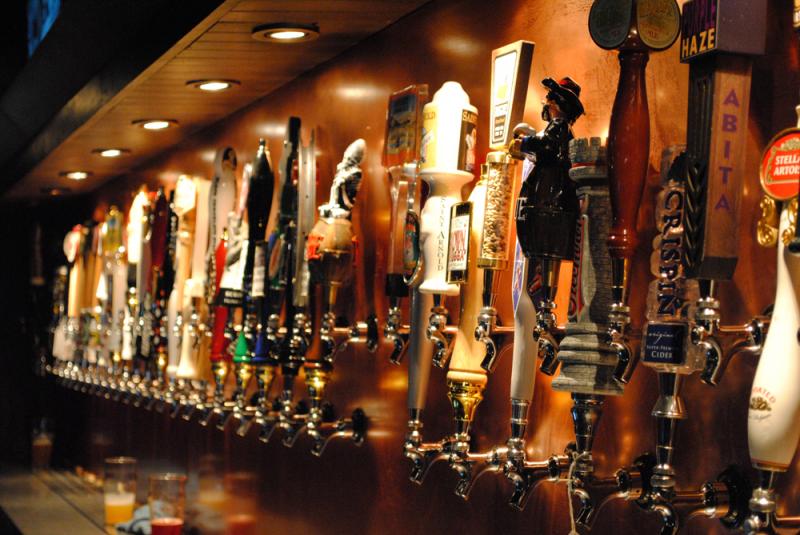 In a recent profile in The Atlantic of Jim Koch, the founder of the Boston Beer Company, James Fallows wrote that craft brewers are "important markers of cities that are attracting the young and ambitious." He believes that "a town with a craft brewery has a sense of the 'local,' plus entrepreneurs who start the businesses, plus mainly young customers who spend time and money there."

Assuming craft beer is a useful guide to prosperous cities in Millennial America, I set out to chart the growth of hip suds in every major city in America. BreweryDB's data gives an excellent snapshot within city limits. Not counted are the chain breweries, such as Gordon Biersch, or the places under planning (of which there are many). 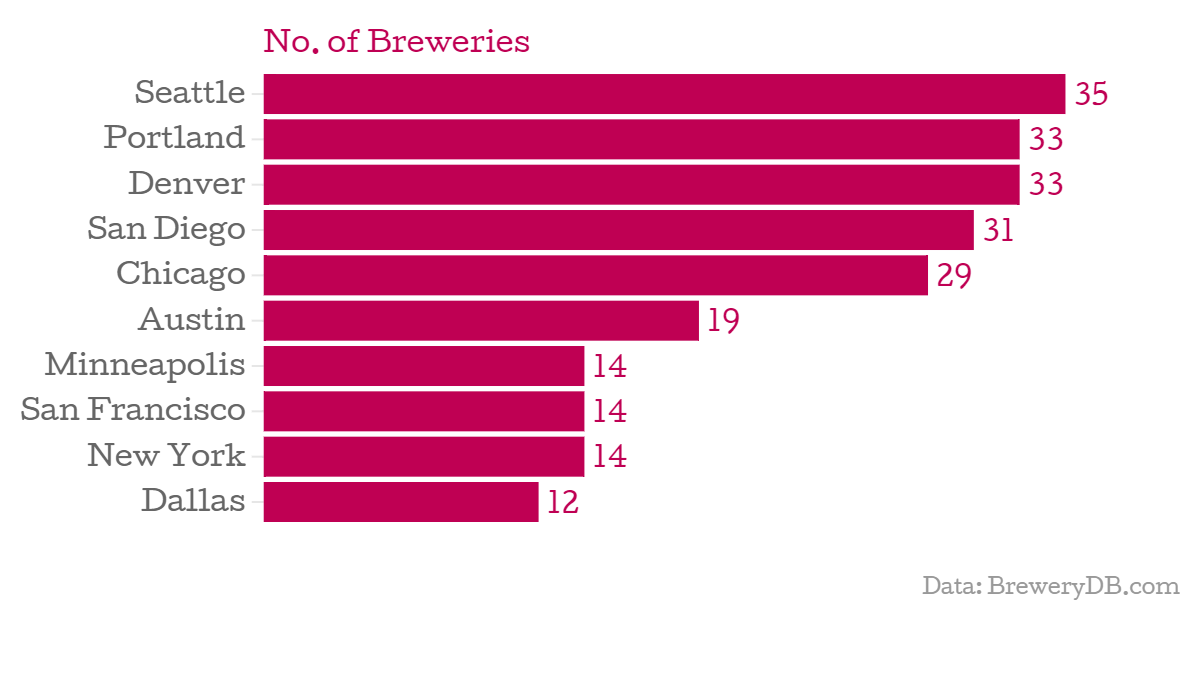 Craft breweries congregate in America's west and Midwest. Some cities already had a strong beer culture before the craft movement came to a head. Chicago comes to mind. Other cities were early adopters of small-batch brewing for hoppy IPAs, such as on the west coast. And while Koch's Boston Beer Company kicked off this search, his namesake city and its east coast brethren still have a ways to go.

Perhaps more interesting are the number of craft breweries per capita. The west coast still has the lead, but cities like Richmond and Salt Lake City also appear to have a strong concentration. It's this list that's perhaps more telling, showing surprising places where young people may be starting to have a larger influence on culture than many may imagine. 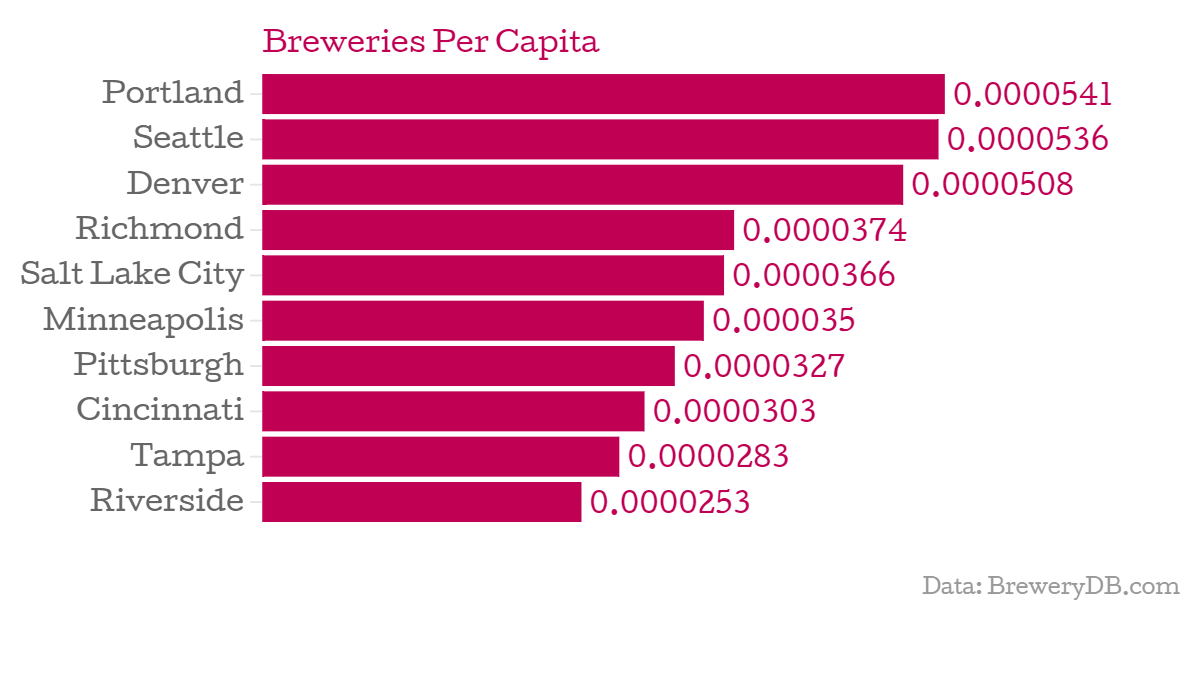 Small breweries have grown enormously in recent years. When Koch started brewing Samuel Adams beer in 1984, there were only 100 craft breweries in America. Now their number total over 3,000 with another 1,500 having filed for permits. It's also worth asking how many more breweries we would have absent onerous land-use and beverage regulations, particularly on the east coast.

In the meantime, millennials remain at the head of the craft beer phenomenon, generating community and a culture of entrepreneurship along the way.