U.S. Chamber of Commerce Foundation / The Crowdfunding Conundrum – Embracing Reward but What About Risk?

The Crowdfunding Conundrum – Embracing Reward but What About Risk? 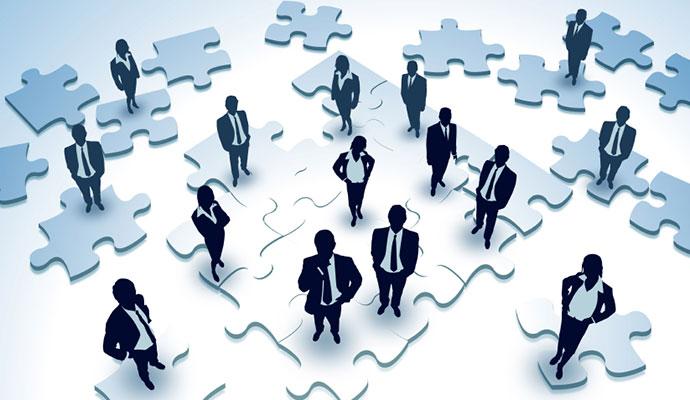 More than ever, the United States needs entrepreneurial success, and arguably, entrepreneurship has never been more challenging. New technologies give innovators new capabilities and capacity to develop “the next big thing.” Yet, access to credit is slow to rebound following the recent recession, consumers are saving their pennies, and U.S. companies must compete on an international level. One consequence of these factors is that funding – the all-important ingredient in turning a new idea into a groundbreaking business – can be more difficult to acquire. Sometimes the best way to spur innovation is with more innovation.

Enter crowdfunding, a growing trend in how businesses garner seed money. In the venture capital industry, growing companies aim to acquire a lot of money from a few investors; in the new digital crowdfunding platforms, entrepreneurs, businesses, and individuals are capitalizing on the reverse – a small amount of funding from many investors.

Creating a new product or service can be an expensive proposition, and in the entrepreneurial field of dreams, investors cannot assume that “if you build it, they will come.” Venture capitalists (VCs) measure risk, consumer appetite, and ROI to decide whether a new business or product is a prudent investment. While VC and other investments will always be a critical element in fostering new business, the explosion of digital capabilities has created a world-wide town hall that gives consumers an opportunity to directly support the products and services they want.

To be sure, the United States has not cornered the crowdfunding idea; in fact, we are a little late to the party. Before Congress passed the much-debated JOBS Act last year – which in part made it legal for businesses to solicit funds from the online crowd in exchange for debt or equity – there were already hundreds of crowdfunding platforms around the world, generating billions of dollars in capital. U.S. legislators emphasized the need for investors to understand that they run a chance of losing their investment; they also sought ways to protect investors from fraudulent projects.

Today, crowdfunding is a legitimate and growing phenomenon, and it is aided by clear descriptions of the project goals, timeline and risks – information a new business would provide to a VC firm. Unlike traditional capital, however, the benefit for crowdfunders is as much about access to a product as it is monetary return.

Pebble Technology has created a so-called smart watch – a wrist-worn smartphone accessory with a miniature screen that can show e-mails, phone calls and a range of other information. The company turned to the crowdfunding platform Kickstarter, and their project quickly become the most highly funded in the platform’s history, netting more than $10 million from nearly 70,000 people. For businesses, almost as valuable as the capital is the evidence that consumers want a product to come to market. The Kickstarter platform – and others like it – are as much an opportunity to raise funding as they are to measure consumer interest.

Recognizing the potential, other projects are drawing on the benefits from crowdfunding. The UPN TV show Veronica Mars built a cult following during its run from 2004 to 2007, and after its cancellation, creator Rob Thomas tried to convince Warner Brothers to produce a movie version starring lead Kristen Bell. Warner said no, many times, so Thomas turned to Kickstarter. "The Veronica Mars Movie Project" garnered $2 million in 12 hours. To date, the project has netted more than $3.7 million in pledges from more than 57,000 supporters.

While Kickstarter has garnered the most media attention for its stunning success, other platforms abound. Among them:

While spurring new products is attractive to the purchasing public, one aspect to crowdfunding that may be difficult to swallow is the element of failure. In any new business, there is the potential that the company will fold, given changing consumer demand, business costs, competition and other factors that can depress the potential for success. Investors understand failure looms large in entrepreneurship, and it is a risk they are willing to take. Will the public accept this risk? Do they fully grasp that failure is a natural part of the entrepreneurial process?

Many Veronica Mars supporters pledged more than $2,000. That’s pocket change for a VC firm, but for an individual, it could represent a significant portion of their monthly income or savings. The film project leaders offer a somewhat tongue-in-cheek description of the risks: “The Veronica Mars movie project faces the usual risks of film and TV production — what if Kristen Bell joins a cult bent on the destruction of visual media? What if gangland enforcers break Rob’s typing fingers?”

This is hardly the sum of all risks for such a project, and it unfortunately creates the impression that the only thing standing in the way of success is the participation of the lead actor and the diligent writing of the show’s creator. If Bell and Thomas are jumping in headfirst, the project will succeed no matter what, right? Wrong. The $2,000 Jim or Suzy scraped together from their mid-level income could disappear as quickly as the project itself, and if so, they will have basically nothing to show for their investment. While the JOBS Act mandates that crowdfunders be made aware of the risk to loss of capital, it is one thing to mandate awareness and another thing entirely for the public to accept and understand the very real risk of failure.

There are big benefits from crowdfunding, and it is evident that everyday investors are jumping onboard with this new way for consumers to take part in the entrepreneurial process. Of course, everything is fun until someone loses an eye, or in the case of crowdfunding, loses their investment. What remains to be seen is how the public will react when a highly funded project fails. Investors and entrepreneurs rightfully embrace failure as an important step in the innovation process, but can the general public stomach the risks in early-stage investment? The future of crowdfunding could depend on it.