Evolving Cities for the Digital Economy 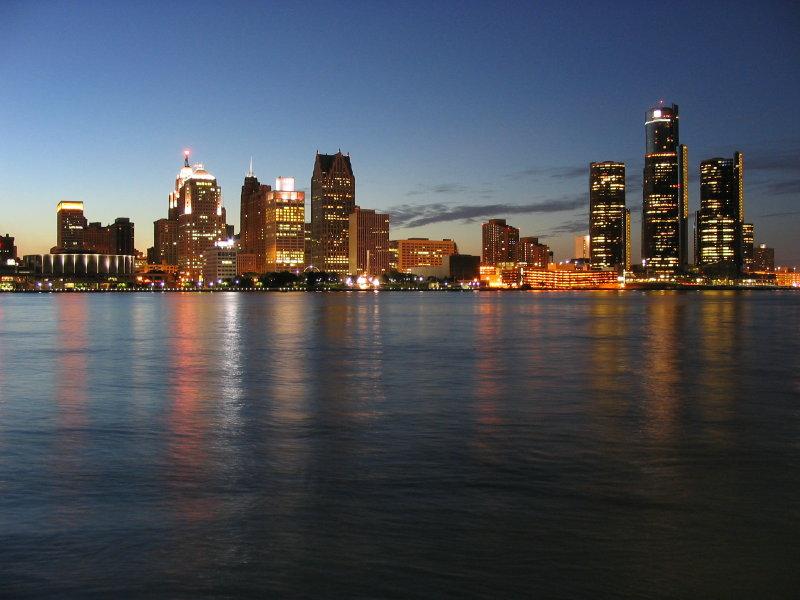 Does Detroit have what it takes to capitalize on the digital economy?

Tweet Facebook
The U.S. Chamber Foundation and 1776 explore what it takes for cities to create robust startup ecosystems.

To thrive in the transition to a digital economy, cities need to develop the right types of knowledge and know-how in their companies and workers. This is not only accomplished through formal education and training, but through networks of people sharing information.

As new technologies transform our economy, the cities that can best leverage these networks to develop new skills and businesses are the ones best positioned to lead the new digital era.

To understand how this works, first think of the city as a company. A company is a collection of people networked into a thriving, bustling creature with a life of its own. Individually, each worker matters. Together, their knowledge and know-how scale into complex organizations that, like a beehive, are greater than the sum of their parts.

Firms are invented — or reinvented — when the right people with different backgrounds come together in novel combinations to learn from each other and create new business models and specializations. Companies aren’t born or transformed in isolated laboratories or in the mind of a single genius, but rather from these communities of people working and learning together. These are the all-important networks.

The way in which talented people come together to connect the dots and create new business ideas tends to be serendipitous and unexpected. Planning or structuring these types of human interactions can be difficult; they often result from spontaneous conversations over, say, lunch or drinks.

Yet, building communities where serendipity happens is an essential ingredient to creating a prosperous city and driving economic development. Well-functioning networks are the bedrock upon which cities place institutions and capital to create a dynamic environment for business formation.

But networks don’t in turn drive economic change in random, coincidental ways. Several years ago, Harvard economist Ricardo Hausmann and MIT physicist Cesar Hidalgo examined the differences in various countries’ economic structures to better understand how those countries had developed specializations in different sectors and what impact this had on their economic prosperity.

Their key discovery was that certain industry specializations naturally build on each other through skill development.

While companies (and their workers) may focus at first on learning one skill, this can form a foundation for them to learn similar but more advanced skills later on. In the same way we learn mathematics by progressing from arithmetic to algebra to calculus, so too can companies and regional economies move from manufacturing textiles to electronic components to automobiles.

The difficulties in economic development occur when firms aren’t able to make the leap from one skill to the next or — more commonly — when they develop a niche skill, such as fishing or mining.

In essence, these firms get stuck — unable to move beyond their current economic structure. Economies primarily composed of these firms remain on the periphery of global innovation.

How does a city avoid becoming stagnant and continue to advance the skill development of its companies and workers?

What makes skill development in the new digital world especially complicated is that the fundamental nature of the work is no longer even similar. Industrial skills are all about production: learning how to build physical goods through expert craftsmanship and process engineering. These production skills still apply in the world of hardware — making microprocessor chips, smartphones and the like — but not in the world of software.

In the industrial age, advanced manufacturing was considered to be the most important and complex sector. Now, it is those same advanced industrial economies that find themselves struggling to find ways to leap from their old paradigms to a new world order dominated by computing and software technology.

Consider Detroit. Whereas cars used to be complex, mechanical machines — the epitome of advanced hardware — they are now becoming increasingly software-centric. The self-driving cars of tomorrow are not mechanical hardware, but rather software embedded inside a machine. The car companies of the future will be computer-centric firms, and Detroit’s economic future rests upon the ability of its companies to make that leap successfully.

Leaders can’t understand how their cities need to evolve to succeed in the digital economy if they don’t know what they’re supposed to be building or working toward.

Some of the essential skills of the digital age are obvious: science, technology, engineering and mathematical abilities. But successfully evolving an economy also draws on far less apparent skills.

For instance, in the software realm, building a product involves not only understand how the product is built but what the end user experience will be like. Such knowledge helps software makers determine what to build. Building successful software is about more than coding skills — it involves empathy skills. Empathy is uniquely important for software development because of the open-ended nature of the work: nearly all products begin as an essentially blank slate where any feature can theoretically be built for the user.

Venture capitalist’s Anshu Sharma “Stack Fallacy” theory asserts that technology companies often fail because their engineers are great at complex technical challenges (such as building databases and systems architecture) but struggle with creating the layers of technology on top of those systems (such as a website or an app). He writes, “The bottleneck for success often is not knowledge of the tools, but lack of understanding of the customer needs.”

Why? Because they have a hard time understanding how the end user will actually interact with the product. Coupling what Haussman and Hidalgo studied with Sharma’s theory, figuring out how to get an economy to transition from industrial to digital can be difficult without understanding what that future will look like.

From Industrial to Digital

Cities like New York and Boston have evolved and reinvented themselves successfully throughout their history. They have done so not as single entities but rather as ecosystems of actors: large-scale communities of learning where people are constantly meeting, interacting with each other and collaborating to develop new abilities and technologies that drive economic growth.

Cities across the world today face a similar challenge. To compete in the new digital world, they will have to create similar ecosystems that nurture the development of software-centric empathy skills layered on top of existing skill-sets. The nature of these networks will ultimately determine their long-term success.