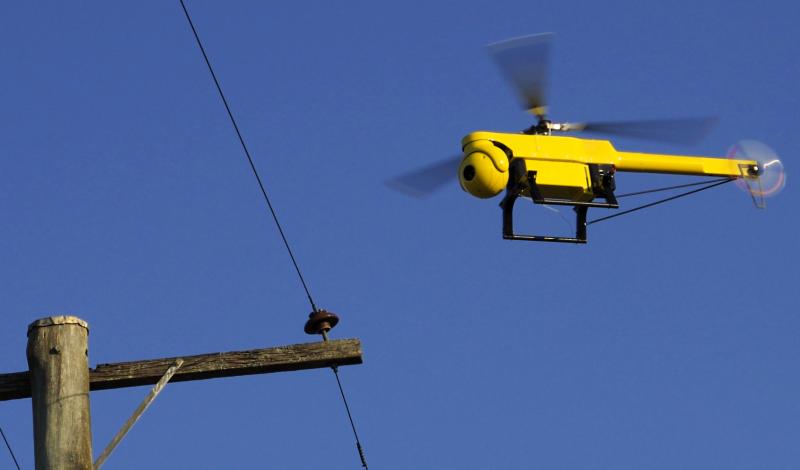 Unmanned Aerial Systems like this one are being viewed less skeptically by the Federal Aviation Administration.

Something has changed at the Federal Aviation Administration (FAA), and it’s good news for drones and American enterprise. Mere months ago, when the FAA released its proposed rules for commercial use of unmanned aerial systems (UAS), the business community was worried that the regulatory regime would ground the emerging UAS sector before it had a chance to take off. Today, however, the FAA is an evident partner with the private sector, and it is accelerating how businesses are putting drones to work. Something changed, though stakeholders are not sure what.

“Honestly in the last two to three weeks, things have made a dramatic change,” said Dave Vos, the head of Google’s drone delivery program, in a recent speech cited by the Wall Street Journal. “Three to four months ago, we were a little bit concerned about how much progress we could make here in the U.S., but ... what we’re seeing today is significant opportunity to work here in the U.S. with the FAA.”

Evidence of this collaboration was recently seen when the FAA announced a partnership with industry to research the future of UAS operations, including the all-important beyond-line-of-sight operation. In the proposed rules, all drones must be operated within direct line-of-sight of the operator, which dramatically limits how UAS can be used for commercial applications. The new initiative works with businesses to look at how advances in digital sensors, GPS mapping and autonomous programming might allow drones to safely fly beyond their operators’ physical view.

“Government has some of the best and brightest minds in aviation, but we can’t operate in a vacuum,” said U.S. Transportation Secretary Anthony Foxx. “This is a big job, and we’ll get to our goal of safe, widespread UAS integration more quickly by leveraging the resources and expertise of the industry.”

Wow. The FAA shifted from the typical overly restrictive, top-down federal approach to regulation and rulemaking to one that emphasizes collaboration, working with the private sector

to develop regulations that support public safety without unduly hampering a budding industry. There are other signs the FAA has changed its approach, including how rapidly it is approving exemptions for commercial UAS application.

The FAA is using an interim policy that grants a Certificate of Waiver or Authorization (COA) for “flights at or below 200 feet to any UAS operator with a Section 333 exemption for aircraft that weigh less than 55 pounds, operate during daytime Visual Flight Rules (VFR) conditions, operate within visual line of sight (VLOS) of the pilots, and stay certain distances away from airports or heliports.”

This “blanket” policy allows flights anywhere in the country, dramatically expanding where UAS can be used and tested. The previous process required UAS operators to receive exemption for a specific block of airspace, and that process could take 60 days. Clearly, that is not an efficient or expedient method for allowing innovation to flourish in a new industry. The FAA is also using a “summary grant” process to issue exemptions under Section 333 of the 2014 FAA reauthorization, which gives the Transportation Secretary the ability to authorize UAS operations before the rules are finalized. So far, the FAA has granted 99 such exemptions for a variety of applications, including:

There are nearly 100 other organizations and applications that have received FAA exemption. Whatever changed at the FAA, it is undeniably a good thing, largely because there is so much potential in the new UAS industry.

A new Consumer Electronics Association (CEA) report found that the U.S. market for UAS could reach $250 million by 2018 and might even reach $450 million in three years if the FAA stays on track with its rulemaking. Taking into account opportunities that could arise if beyond-line-of-sight operation becomes even more feasible, the UAS market in the United States could top $1 billion. All of this from an industry that did not exist just over a decade ago!

Even as the FAA is taking a collaborative, productive, and frankly, surprising approach to how it is working with the emerging drone industry, the case of UAS rulemaking offers two important lessons on thestate of regulations in the United States. First, in as much as smart, careful regulation can foster growth while preserving public safety, whereas shortsighted, myopic rulemaking can have devastating economic consequences.

The pace of finalizing UAS rules has already created a $150 million to $200 million pent-up market demand for commercial UAS applications, according to CEA. If the rulemaking were to evaporate today, we would see a rush of companies putting drones to work in creative, profitable and innovative ways. Looking to history, new methods of transportation can be vehicles for enormous prosperity and job creation. For example, going from the Pony Express to rail, to automobiles to planes and so forth—with each operational (as well as technological) breakthrough, bigger, better and more efficient connectivity occurred for everyone. The drone industry is no different. Heavy-handed regulations have heavy consequences, particularly because an emerging industry moves far faster than the lethargic bureaucratic process, which leads to the second point.

The FAA is in some ways a prisoner to its own rulemaking process. The Wall Street Journal cites an unnamed “federal official” who said the FAA will not amend its proposed rules on line-of-sight operation before finalization in February, in large part because changing the draft rules at this point would require further public comment, thus delaying the final rulemaking. Think about that. The federal government is about to put out new regulations that have not been amended to reflect an industry that has already changed and advanced since the start of the FAA’s rulemaking process. Why? Because it would take too long to change the rules. That is nonsense, and evidence that sometimes regulations really are as arbitrary as they seem. Bureaucracy cannot keep up with the rate of change and incremental improvement in the private sector.

The smartest approach to regulation is to partner with industry, working alongside businesses to develop rules that promote both business success and public safety. Fortunately for the drone industry as well as consumers, that is what the FAA appears to be doing, despite the forthcoming final rules. Whatever the reason for the agency’s change in attitude, it should be praised. Despite a rocky taxi to the runway, it appears the drone industry is in the process of being cleared for takeoff.  That’s good for all of us.