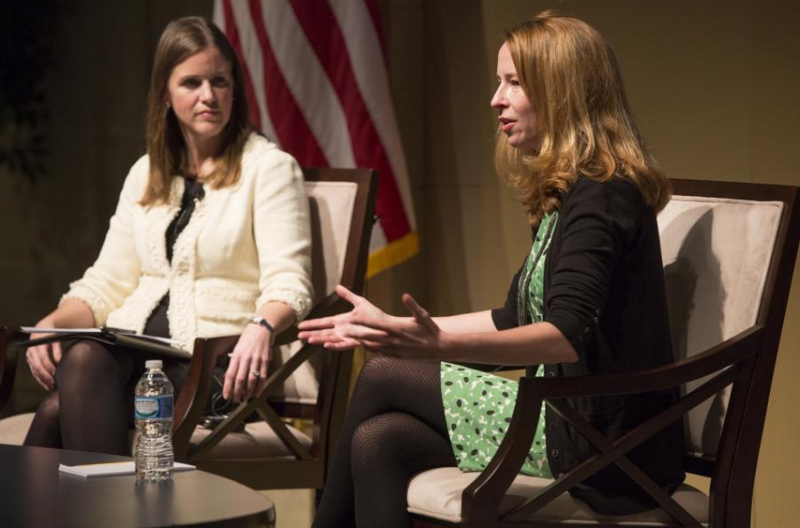 When we think about the U.S. Federal Trade Commission, there are a handful of words that tend to come to mind; words like antitrust, investigations, and consumer protection. However, in today’s increasingly connected world, the FTC’s focus tends to boil down to a different word: Balance.

Sometimes, it’s about striking the right balance between protecting consumers and unleashing innovation, Federal Trade Commissioner Terrell McSweeny explained during an event at the U.S. Chamber of Commerce on Monday. Sometimes, it’s about weighing public demand for transparency with companies’ need to shield proprietary information from their competitors. Other times, it’s about walking the line between establishing consistent rules or guidelines that everyone can follow versus enabling each sector to craft unique frameworks that make sense for that industry. For McSweeny, these issues aren't just FTC issues: “They are kitchen table issues” that involve consumers.

“It’s all about balance,” McSweeny said at the event, which was hosted by the U.S. Chamber of Commerce Foundation and the U.S. Chamber's Center for Advanced Technology and Innovation(CATI). She later added, “There’s no question that data is the lifeblood of a lot of innovation right now… but at the FTC, it’s also our job to think about the potential pitfalls for consumers.”

To her, the FTC “needs to be technology neutral.”

“There’s no question that data is the lifeblood of a lot of innovation right now… but at the FTC, it’s also our job to think about the potential pitfalls for consumers.” - FTC Commissioner Terrell McSweeny

One of the most challenging balancing acts the agency is attempting right now pertains to the emergence of the so-called Internet of Things; that is, the ever-expanding network of objects and devices, from toasters and thermostats to televisions and trucks, that have online connectivity. The rapid emergence of these “smart” devices has spawned a wave of concerns from consumers and businesses alike about the data privacy and cybersecurity risks they present.

In part, it will be up to the FTC to establish ground rules to protect consumers from data breaches resulting from, say, refrigerators being hacked or Wi-Fi-enabled cars being overtaken. However, back to that sense of balance, McSweeny emphasized that her team doesn’t want to set rules or guidelines that, for one, deter or slow the pace of innovation in this exciting new space, or two, force automakers to adhere to policies that may work for a smartwatch but don’t make any sense for a smart sedan.

“When it comes to this vast sea of ‘Internet of Things’ things, we’re clearly dealing with a very wide range of practices and technologies,” McSweeny said. “I think there could be some benefit to having rules that require everyone to think about cybersecurity… but we should remember that cybersecurity for cars may look very different that cybersecurity for toasters.”

Describing her herself as “hawk” in terms of data privacy and security issues, McSweeny acknowledged that it’s a tough needle to thread—but it’s one the agency won’t attempt to thread alone. McSweeny shared that the Commission is making a concerted effort to involve and solicit feedback from consumers, business leaders, innovators and “hackers" (who she likes to call “cybersecurity researchers”) to help the government establish clear and effective guidelines that help ensure that consumers can trust (but still get the most out of) these new technologies.

“I think the most important thing that we can do as government officials and as folks in the private sector is make sure that we’re getting the people who really understand these technologies into the conversation as much as possible,” McSweeny said. “We need them working with the FTC, we need more of them on the Hill talking to legislators, and we need them thinking about privacy and thinking about security in order to achieve the right outcomes.”

CATI President Amanda Engstrom Eversole, who led the discussion with McSweeny, echoed a similar sentiment, suggesting that the private and public sector must work together on a roadmap for using the Internet of Things just as they did when the Internet originally started to take hold in the 1990s. She lauded that collaboration as “a real success story” that ought to be replicated – one in which the government and the business community worked closely and carefully alongside one another.

However, it’s not just regulators and legislators that companies should be engaging, she said.

“I think it’s incumbent on the business community to make sure that we’re educating our customers and making them part of the process, too,” Eversole said.