Finding a Better Home for Hyperloop 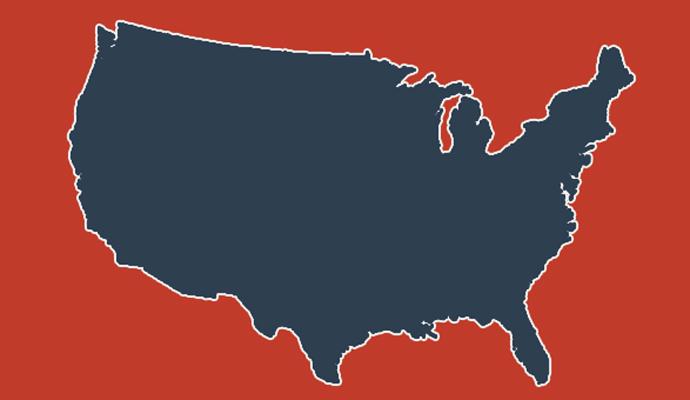 In reflecting on Michael Hendrix’s recent piece on Elon Musk’s Hyperloop proposal and the challenges before it, it struck me that for as much as Musk has focused on creating a new high-speed and timely transportation link from Los Angeles to San Francisco, he may be looking in the wrong spot.

California and its Silicon Valley have long been portrayed as the high tech center of the universe; however, there are other places where business and innovation can really take root. If you look at any of the major state business rankings, California isn’t necessarily the best candidate for a new business venture. High levels of taxation and regulation, a contentious government struggling with its debt burden, and the costs of living seem to have taken some of the shine off the Golden State.

The Tomorrowland that Walt Disney created at his California-based Disneyland seems to be far from reality on, say, the gridlocked 405 or any of the major roads around California. It’s no wonder that Musk wants to develop something new transportation-wise. Yet California is not Musk’s only option.

For several years, the U.S. Chamber of Commerce Foundation’s Enterprising States report has chronicled what each of the U.S. states have done to create jobs, economic opportunity, and business-friendliness. Using a range of data reported by each state, the report offers a pretty good idea of which areas in America are humming with business activity and which ones have people are running for the border looking for something better.

It’s a fact that the officials from the State of Nevada have gone to their next door neighbor, California, to lure away businesses with lower taxes, less regulation, and a far more hospitable business climate. They aren’t alone in doing that. Officials from Virginia, Arizona, Texas, and other states have also made no secret of their attempts to lure away companies to their own greener pastures. In many cases, they’ve been successful. That’s why I think that for all of Musk’s brilliance and off-the-chart success, he’s looking at the wrong location to implement his novel approach and idea.

Imagine instead a high speed transportation hub linking Dallas and Houston—two cities that continue to grow economically as well as in population. You can argue all you want about the benefits of cosmopolitan Los Angeles and San Francisco over Dallas and Houston, but when it comes to opportunities to flourish with a new idea and novel approach, there’s just not much of a competition in terms of business climates.

This is where Musk can truly be innovative, just as he’s been with everything else he’s gotten into. If I were Elon Musk, rather than declare my vision to be focused on California’s two largest cities, I’d challenge the 50 states that want to be those meccas of economic growth and cutting edge to pursue his idea and implement it in full scale.

By bringing Musk’s engineering talent and vision together with other state, local, and private sector partners, Hyperloop could become a reality far sooner, putting at least two cities on rocket sleds toward even greater economic opportunity. People like business, want to be on the move, and they will go where movement is happening.

Might California have won the competition for Musk’s Hyperloop proposal? Sure. Yet the states mentioned above would offer some stiff competition if it were to be implemented.

Maybe that’s the greatest lesson that states that find themselves calcified with higher taxes, over-regulation, and other anti-growth actions need to learn.  Just because you were once the ideal of everything that is attractive for business and innovation does not mean it will always be that way. If you don’t maintain the things that make you novel and attractive, others will take away the attention, money and business that was once directed towards you and bring it to places where it is once again novel and attractive.

For Hyperloop to have the chance it deserves, Musk needs to look elsewhere for a better place to have the idea take off.