U.S. Chamber of Commerce Foundation / How do you grow an economy?

How do you grow an economy? 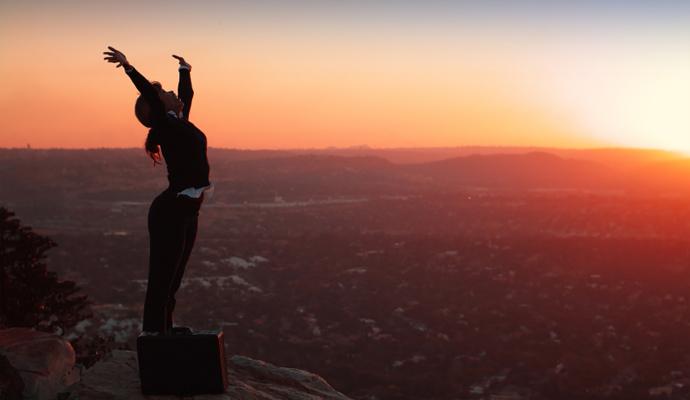 Some companies carry the weight of ambition loosely. They are the young and hungry types, fit with a lean form bent on innovation. You wouldn’t know that they carried entire economies on their backs. Yet young innovative companies are vanishingly rare and studied even less.

In a dense pocket of northern Belgium, two economists decided to study a very specific subset of the economy, what they called “young innovative companies,” or YICs. Dirk Czarnitzki and Julie Delanote found that these firms grew faster than the fastest firms. Not only that, but they never did worse than other companies, even when they experienced a downturn. YICs enjoyed an average of 3% annual employment growth from 2001 to 2008, while other firms saw a 3% decline.

To be young, hungry, and, most importantly, successful, the authors found that companies needed to stay small and maintain an intense focus on research and development (R&D). The good times didn’t always last though. As these companies grew in size and age, you began to see diminishing returns. They chased after export markets, for instance, which required a size and scale they’d previously shrugged off. Being a large, slow firm ended up being a better outcome though than staying a small, slow firm; the latter died off easily.

Groups such as the Kauffman Foundation have made a name for themselves by studying an economy’s high fliers—the “gazelles.” They found that the top 1% of companies generate 40% of the jobs. Moreover, “fast-growing young firms, comprising less than 1% of all companies, generate roughly 10% of new jobs in any given year.”

But as anyone who’s ever watched a nature documentary knows, not all gazelles are young, smart, and fast at the same time. Predators and competitors lurk everywhere, and soon enough they find their weaker targets. Simply being a high-flier or a startup doesn’t always cut it. We want to know who among the herd will display all the right elements to survive and thrive. That’s what Czarnitzki and Delanote have started to do.

There is a solid grounding in economic thought for studying young innovative companies. Famed economist Joseph Schumpeter showed that smaller firms pursue innovation in order to quickly gain market share, and Edwin Mansfield  demonstrated back in 1962 that smaller firms have a much bigger effect on growth than larger firms, all primarily due to their focus on innovation. To be a young, innovative, and small is more than just a description. It’s a set of complimentary factors that all work together to drive high levels of growth.

Young innovative companies are primed for success because they are predisposed to seize on a new idea or concept and run with it. They heavily invest in innovation, vacuuming up ideas and turning out even more. That process in turn stimulates broader technological change, which is a key determinant of long-run productivity. This is how YICs benefit the entire economy. As the authors conclude, “In the long-run, other companies are likely to benefit from successful R&D activities of highly innovative companies, by building further on promising innovations.”

What we don’t know yet is how YIC’s perform over the really long term. Do they still create jobs and value when we look over 20 or more years? Young and hungry firms seem to suffer most from financial constraints. This is a key overlooked research area, especially since the abnormally erratic credit supply for YICs seems to directly result in erratic R&D. Furthermore, what is the failure rate of these young and hungry companies? Are they higher or lower than normal? There remains a lot of scope for further research.

If science stands “on the shoulders of giants,” surely our economy advances on the heels of the young and hungry. These firms make for an economy marked by growth and dynamism, and for that they are well worth the study.