Legacy of an Ultimate Ride – Thoughts on Sally Ride 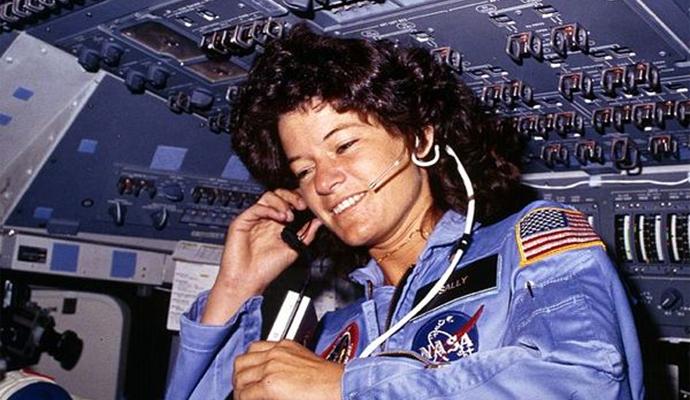 Having the word “first” affiliated with your name offers a weight that transcends history.  Whether it comes from being the first person to discover something or break through a once impenetrable barrier, that unique moniker means you opened up a frontier for others to pass through and explore long after you.

That is just not an honor; it’s a living and breathing legacy and an apt one for Sally Ride.

History will accurately record her to be the first American woman aboard the Space Shuttle Challenger in 1983.  It was an accomplishment that she was very humble about, but discovered the power of it for every day after.  It’s said that she could not go anywhere without someone, usually a young woman (either in heart or spirit), telling her how much her journey to space inspired them.

While there is an incredible honor with having such a distinction upon your life and a particular action you’ve taken in it, what you do with that honor says as much about you as the original feat.

Sally Ride recognized that as much as she opened the door for women to go to space, she had to help others to follow her through that door to explore and go places we hadn’t even imagined yet.  She became the fundamental building block of any good explorer—that is an educator.

From teaching at Stanford University and San Diego State University, to building a successful business -  Sally Ride Science, she used every moment of time following her re-entry from space to launch the hearts and minds of many in science, technology, engineering and mathematics. It was a mission she chronicled in seven books, countless speeches and meetings and making sure policy makers knew that if you want to “go out there,” you need to have the fundamentals for “lift off.”

Her inspiration to women, as well as explorers everywhere is a metric that puts her name among the world’s most distinguished science pioneers.   She knew crews and missions of all sorts were best served by having diversity and smarts at a round table than prescribing uniformity and status quo in thought, word a deed.  Those were points she pointedly served and verbalized in the post-accident investigations following the Challenger and Columbia Shuttle tragedies.  They were also points she lived by in a humble way as well.

In a time when our nation desperately needs to cultivate new leadership and practitioners in science, technology, engineering and mathematics to fuel our economy and so much more, we’ve lost an enormous champion.

Her legacy is found in the form of the science teachers who are building that next generation of explorers.

Her legacy is in the shape of the kids doing the extra science and math problems, all before going outside to look up at the sky and figure out where they want to go.

Ultimately, her legacy will bloom to its fullest when that space suit clad boot steps off into another world and its wearer radios back, “I’m where Sally said I could go.”  It will be wonderful to hear a woman’s voice when that happens.

That alone will be proof of a legacy that takes us all for the ultimate ride.