U.S. Chamber of Commerce Foundation / The Martians Among Us: Risk Takers Prepare for One-Way Trip

The Martians Among Us: Risk Takers Prepare for One-Way Trip 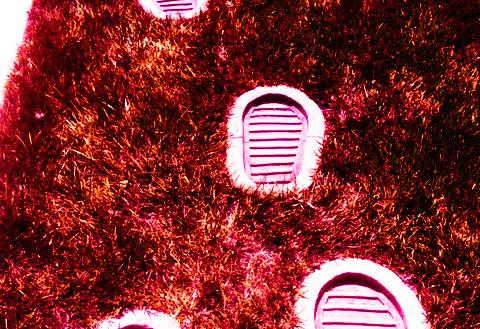 Would you sign up for a one-way trip to Mars?

The project to colonize Mars took another step forward this month as the not-for-profit Mars One shortened its list of candidates for a 2024 one-way trip to the Red Planet. It’s the stuff of a blockbuster science fiction film. In the movie version, the explorers find breathable air and carnivorous aliens and enjoy the backup plan of an automatic return vehicle waiting on the launch pad. Just press the red button in case of emergency. The real life version, however, is much more inspiring—and daunting.

In April 2013, Mars One began accepting applications to its Astronaut Selection Program, which determines which Earthlings could become Martians. From 202,583 applications, the list of potential explorers has been whittled down to just 100. From these, 24 will ultimately be selected to make the trip to Mars, sent in teams of four every two years. The 50 male and 50 female candidates come from around the world; Mars One says it has chosen “39 from the Americas, 31 from Europe, 16 from Asia, 7 from Africa, and 7 from Oceania.” 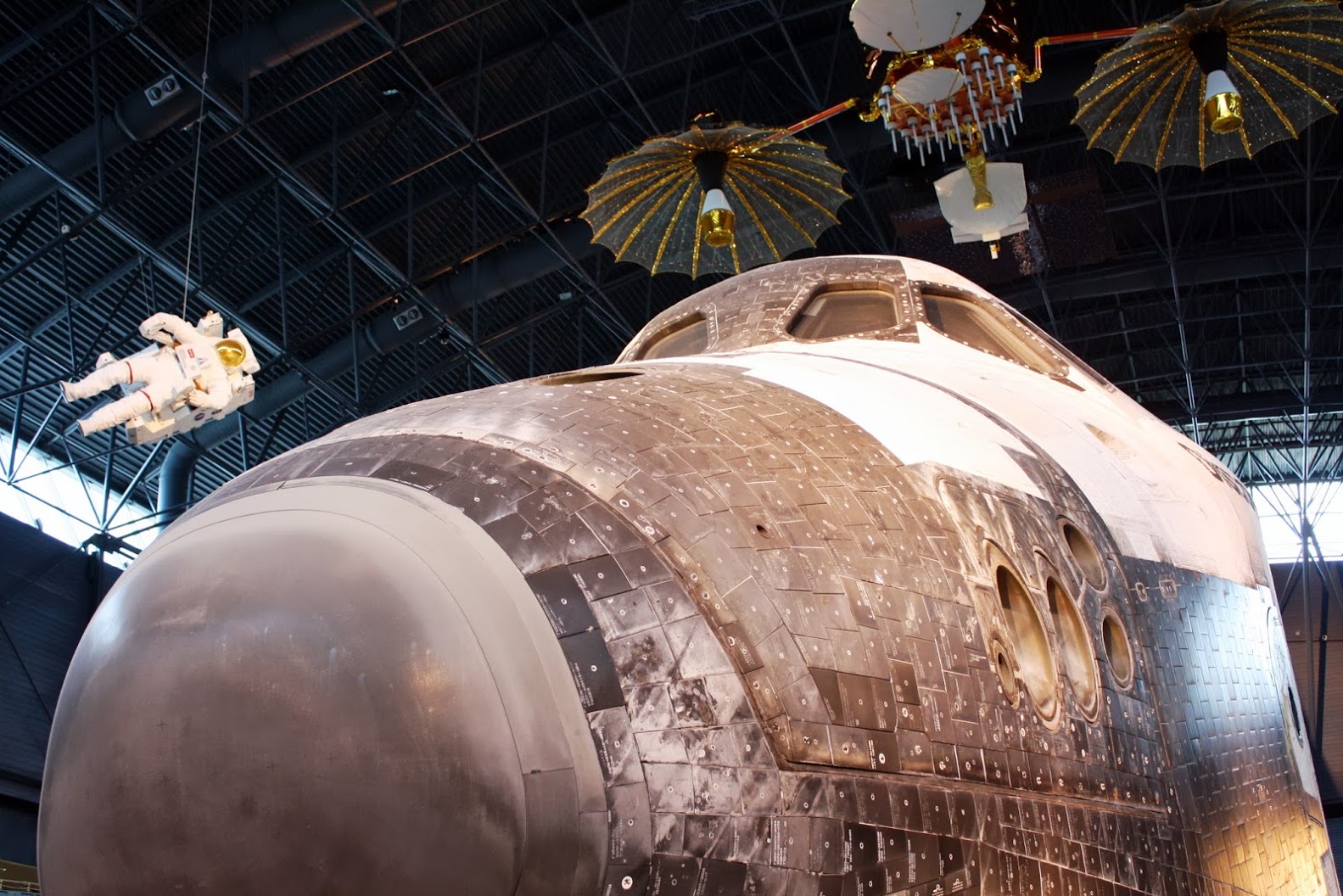 Save our remarkable-but-brief exploration of the moon, human beings have not embarked on a journey of this scale since European settlers set sail for the New World. Like explorers before them, the Mars One astronauts have no guarantee of survival, not just at their destination but in reaching it in the first place. Without doubt, a journey to Mars is far more dangerous than the over-water trip to America with the prospects of survival dramatically lower. When the early settlers reached the North American continent, they faced untamed nature but nature nonetheless. There was air to breath, water to drink, game to hunt, and natural resources to use (such as timber and other local flora). People journeying to Mars will have none of that when they land on the Red Planet.  They’ll only what they bring with them. Sound risky? It’s actually much worse than you think.

The Mars One website states that “human settlement on Mars is possible today with existing technologies.” Settlement in this case probably means different things to different people. It does not mean neatly trimmed gardens and long walks in the shadow of Olympus Mons. Instead, it more closely means the very best and latest technology we have might be able to keep a human being alive on Mars (though of course being alive is not necessarily living). To best understand the risks in this endeavor, consider some of these epic challenges.

Just surviving the 34-million-mile trip through space will take every ounce of our technological capabilities, from engineering a ship that can reach the planet to perfectly computing the complex calculations that will get it there. If the astronauts survive the trip, they will need to land. Landing a human on another celestial body is something we have only done a handful of times before, and it was done by trained astronauts who were as much mathematicians and physicists as they were pilots.

It's also worth noting that Mars is known to many in the space community as an unlucky planet. Of the dozens of unmanned missions that have been launched by the US, Russia and others to Mars, most have failed. We have had the latest-in-technology crashing into Mars (or speeding past it) since the 1960s. To be sure, we are getting better at sending things to Mars (e.g., NASA’s Curiosity rover), but the odds are stacked against the explorers.

On the ground, there are obvious challenges like an absence of oxygen and water, but it’s the long-term radiation that brings the most reason for concern. Thanks to readings from NASA’s Curiosity rover, we have a better picture of just how much radiation an astronaut will encounter. It’s a lot. While traveling, an astronaut would endure 15 times the radiation limit for someone working in a nuclear power plant. For a roundtrip journey, with 180 days traveling each way and 500 days spent on the Martian surface, an astronaut would facemore radiation than astronauts are typically allowed in their entire career, equaling about a 5% rise in the risk of fatal cancer. That’s if the trip takes 2.5 years.  But remember this fact —the Mars One astronauts are not planning on coming back.

Unlike Earth, Mars has only a very weak planetary electromagnetic field, too weak to shield the planet from devastating solar winds. Thus, anyone on the Martian surface is exposed to the radiation equivalent of six chest x-rays every day. That is not survivable long term. Coupled with the lack of oxygen and frozen temperatures, Mars colonists (now and in the foreseeable future) will never step outside their habitat to take a breath of fresh air. They will never feel the wind on their face, the warmth of the sunon their skin and never go for a swim in the surf. Mars explorers will live within closed quarters for the rest of their abbreviated lives. It is a cruel piece of irony, to take the boldest, most liberating voyage in human history only to voluntarily lock oneself in a small room or a hermetically sealed spacesuit… forever.

Given all those real, probably fatal challenges, one wonders why anyone would take the risk.

Alison Rigby is one of the 100 potential Mars One astronauts. She recently told CNN: "Pioneers are always ridiculed, but I am doing this for something better, which will hopefully benefit more people than just staying at home."

What is that “something better?” It takes different forms for different people. Some would-be explorers simply want a chance to do something unparalleled. For Mars One, the rewards are grander. From its website: “Human settlement on Mars will aid our understanding of the origins of the solar system, the origins of life and our place in the universe. As with the Apollo Moon landings, a human mission to Mars will inspire generations to believe that all things are possible, anything can be achieved.”

Inspiring others is a recurring theme in many private sector-led space missions. In 2013, billionaire, entrepreneur, and rocket scientist Denis Tito announced plans for a privately funded two-person, 501-day trip to Mars and back (without any landing attempt). Much of the purpose for this proposed mission (and indeed, Tito’s Inspiration Mars Foundation overall) was to inspire others to become involved in space exploration. This includes inspiring young people to study science, technology, engineering and mathematics—the all-important STEM skills young Americans need to compete and thrive in an increasingly technologically sophisticated world. It is a counterintuitive but a consistent part of space exploration is that the farther away we reach, the more benefits we discover and create for life on Earth.

This holds true for consumer products as well. Store shelves are littered with technologies that were originally invented to solve problems in space (e.g., memory foam; cordless power tools; home insulation; lighter and stronger plastics and metals; the list is long). Space exploration is a catalyst for innovation precisely because space is such a mysterious,challenging, and unforgiving place to work. It also creates a cycle of demand and incremental improvement, unleashing new products and industries (on this planet). Thus, space exploration is great for all business (and the jobs and economic benefits that come with it). It’s said it takes a village to raise a child; to be sure, it takes many companies and even more minds to put people in space.

Those are all great reasons to try, but it does not change the odds of success. This trip, some argue is an act of insanity.  Some have even described it as a suicide mission. That is likely what early American settlers were told before setting sail for the “New World.” They had their own seemingly insurmountable challenges, an ocean of assured hazards and even greater unknowns before them. Yet, they were committed to the idea of achieving something better, something greater than the status quo that had before them. They walked away from everything familiar and comforting and risked everything they had for a venture into the great unknown.

Centuries later, from the confines of comfort that are our lives with its many rights and privileges (that we often take for granted), it’s hard to believe why anyone would take such a monumental risk to leave it all behind.  But truth be told the comforts, rights and privileges en enjoy today were afforded to us by people who wholeheartedly believed those risks were worth taking for something new and even better. It was the genesis of change that would reshape the world. One can argue that if the Pilgrims had not taken the risk, someone else would have eventually. That’s true, and the same can be said of Mars. Humanity will set foot on Mars, and likely sooner than later. The question is who will take the first step.

A Dose of Reality

Many challenges must be addressed before Mars One can be deemed realistic. Part of the challenge is the overall cost—about $6 billion. Mars One plans to raise money largely by broadcasting the mission on television, cultivating public interest alongside ad revenue. So far, no media networks have signed up for a deal. It’s worth noting, as Quartz writer Tim Fernholz does, that SpaceX, arguably the most successful private space effort, has only raised $1.2 billion in funding, and they have a sustainable business model (in that they are likely to become the de facto shuttle service to the International Space Station). Aside from public interest, what will Mars One offer that will attract six times more funding than SpaceX?

Meanwhile, other parts of the mission may be falling behind. In 2018, the organization is planning to launch a communications satellite that will orbit Mars and a robot lander that will test technologies on the Martian surface. Mars One has already approached Lockheed Martin to build the lander and Surrey Satellite Technology Limited, the satellite to orbit the planet. The companies are on board but have not heard back from Mars One about next steps. The notion that this incredibly sophisticated equipment can be built and launched in less than three years seems unrealistic even in the most expeditious of conditions. Also, in preparation for the trip, the one-way astronaut candidates will spend years training, part of that time spent in what is dubbed “Simulation Outpost Alpha,” a replica of the habitats that would be constructed on Mars. As of now, Mars One has not even chosen a place (on Earth) to build such an “outpost.” The clock is ticking, but about the only real progress seen so far is in Mars One’s astronaut selection process.

Working in space is hard and as we’ve learned with just over a decade of full-time human presence on the International Space Station, life in the final frontier is not easy either. The odds of failure are enormously high while the room for error is absolute zero. An attempt to colonize Mars will bring more challenges than humanity has ever tried to address. Indeed, it may still be beyond our reach. Nevertheless, projects like these are important, even if they never get off the ground. The early settlers of the Americas could never have fathomed what rewards their risks would bring. Nor can we now anticipate what this highly unlikely, and incredibly challenging Mars One project will yield. That is the reason we take risks and explore. We will never know what rewards await us until we get there. And that’s an adventure worth taking every day we can.