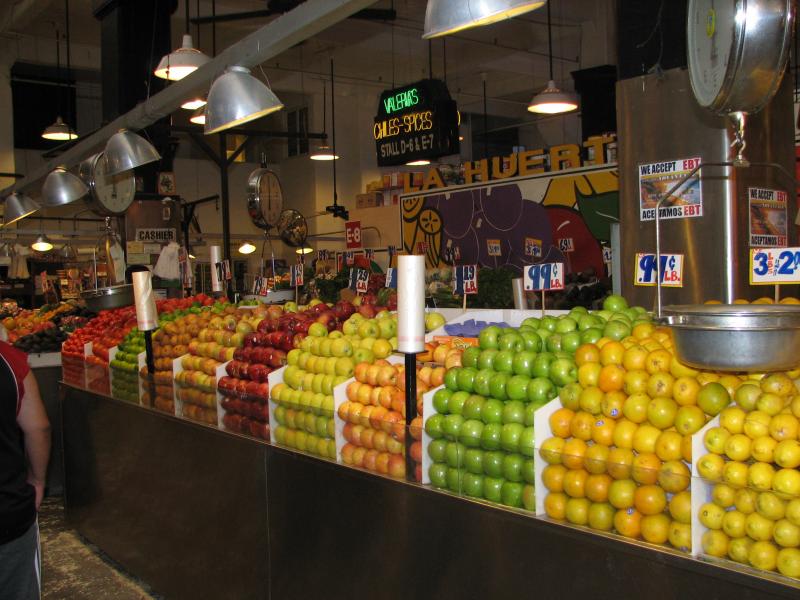 In 1789, Thomas Jefferson said that "wherever the people are well informed they can be trusted with their own government." For Jefferson, creating an informed electorate was essential, a sentiment clearly seen when the third U.S. President donated his entire library to the public, beginning a collection that would become the Library of Congress. Other Americans, such as Andrew Carnegie, also made investments in free, public information, understanding that simple access to a book can create a better and more informed dialogue, which is inherently good for the country.

Today, we see a similar movement (Open Data) to serve up free information to the public. A new initiative from the Food and Drug Administration (FDA) is opening the vaults of the agency’s huge data holdings. Dubbed OpenFDA, this is a great example of how some government agencies are getting on the Open Data bandwagon. Led by FDA Chief Health Informatics Officer Taha Dr. Kass-Hout and championed by U.S. Chief Technology Officer Todd Park (an unabashed Open Data advocate), OpenFDA is a portal through which anyone can access publicly available FDA data. The first dataset released contains information on drug reactions – more than 3.5 million adverse event reports.

Previously, accessing FDA datasets required Freedom of Information Act requests or a laborious, inefficient crawl through inconsistent data and/or formats. OpenFDA revolutionizes how companies, researchers and the general public access FDA data. As with other Open Data efforts, the goal of releasing all this information is to spur new ideas and innovations. When scientists, researchers, and others gain free access to huge amounts of data, the odds of a serendipitous discovery, a groundbreaking revelation, or a world-changing innovation increase exponentially. As Kass-Hout wrote in a blog post on the FDA site:

“OpenFDA is specifically designed to make it easier for developers, researchers, and the public to access and use the many large, important, health data sets collected by the agency…[It] will serve as a pilot for how FDA can interact internally and with external stakeholders, spur innovation, and develop or use novel applications securely and efficiently.”

The innovative fruits of this Open Data are already showing up just one month after OpenFDA launched. Social Health Insights, for example, has built a web application (ResearchAE) that facilitates how the FDA data can be searched. The user selects from a list of criteria (such as patient age or medication manufacturer) and is shown data specific to those parameters.

This kind of innovation is how Open Data offers value to the general public. FDA data in its raw form is of limited use to the everyday consumer; it requires computers and data scientists to make sense of it. Yet, businesses and other organizations can take the raw information and turn it into something new. Data-driven innovations can be catalysts for new products, businesses and potentially entire industries. This in turn can fuel American competitiveness, which leads to better products and services, new jobs and economic growth. When you give away a valuable resource like data, the cascading benefits are enormous.

This is just the beginning for OpenFDA. As CTO Todd Park said at the 5th Health Datapalooza on June 2: "Throughout the summer, the OpenFDA initiative will be adding APIs for product recalls and product labels as well. We can't wait to see what [people] will build using this information as fuel."

That is a huge dose of forward-thinking wisdom in a city where reason and logic are increasingly rare (though evidently not extinct) species. It is heartening to see these government leaders so fully grasp the potential in Open Data. Would that more of our public sector agencies will release their data into the wild. We the public, after all, have a right to it; we paid for it.

One of the great things about a “government of the people, by the people, for the people,” as Abraham Lincoln famously called it, is that we own our government and everything it does and possesses. To unnecessarily restrict access to government-held data is like buying a car and then being told you cannot drive it. The principle of ownership, however, is secondary to the good data can do in innovation and competitiveness.

Open Data as a concept has been around since the founding of the Republic. While the volume of data and the technology to store and share it are new, the impact is the same today as it was at the end of the 18th century. An informed public drives a better democracy and economy, and by consequence, a better country and world. Let’s hope other public sector organizations are taking notes.