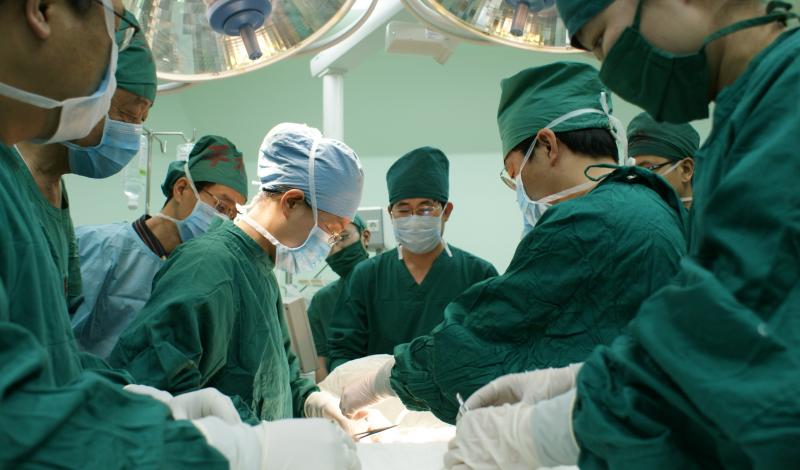 Anyone who has undergone an operation (big or small) knows the tinge of fear and uncertainty that comes with going under the knife. Between the operation, the recovery and the cost, having surgery is a big deal…but what if it wasn’t? What if some of our ills could be fixed without scalpels or even anesthesia? A new technology has the potential to do just that.

It’s called Focused Ultrasound (FUS), and there are two parts to this story. The first is the wonder of the technology itself and the challenges to full integration; the second is how data (once again) is helping overcome obstacles. Taken together, FUS is a perfect example of how innovation can disrupt entire industries (for the better) and how data is helping make it happen.

Surgery Without the Knife

FUS is at once simple and incredibly complex. In the same way a magnifying glass can be used to focus sunlight on a dry leaf, causing it to catch fire, FUS uses an acoustic lens to focus multiple ultrasound beams on tissue inside the body. At the focal point (called a “sonication spot”), the tissue temperature is raised until the targeted cells die.

FUS technology is non-invasive, able to reach and treat tissue deep in the body without any incisions. Doctors use MRI machines or ultrasound imaging to identify the precise target location for the sonication. With this information, doctors then focus the ultrasound beams, which harmlessly pass through the body until they reach their target. Because of the non-invasive nature of the technology, FUS can make possible previously difficult or even impossible treatments.

FUS recently received FDA approval for use in treating pain associated with cancer that spreads to the bone. While FUS does not treat the cancer in this case, it can be used to deaden the nerve cells that layer the outside of the bone, relieving the pain the cancer is causing. Doctors and researchers around the world are investigating myriad other uses for FUS, and there are numerous clinical trials studying how effective FUS can be in treating several types of diseases. Early stage clinical studies are investigating how FUS can be used to treat things like Parkinson’s disease, a range of cancers, and even obsessive compulsive disorder. In a gripping BBC video, FUS was shown to effectively treat the symptoms of Parkinson’s disease, completely stilling a patient’s violent tremors.

While much of the ongoing clinical research is looking at the thermal impact of FUS, researchers are also investigating the technology’s mechanical effects. For example, ultrasound can make cell membranes more permeable, says Jessica Foley, Scientific Director at the Focused Ultrasound Foundation. FUS could improve the uptake of medicine into a cell, which can affect how well a pharmaceutical works. It could also offer a new method for delivering drugs to a specific part of the body, such as to a cancerous tumor. This while reducing side effects.

“There are a lot of different ways we think about FUS for enhancing drug delivery,” says Foley. “We could actually create drug-delivery vehicles (such as nanoparticles or liposomes) that would house the medicine. In the circulatory system, the vehicles are inert, but when they interact with the FUS energy, they release the drug.”

This has big implications for how drugs are developed and delivered. The benefits and potential in FUS are great, as are the disruptions the technology is causing.

Any new innovation upsets the status quo. It forces competition and adaptation, and for that reason, sometimes new technologies are challenged in their infancy. With FUS, disruption is a good thing for patients and businesses. Effective non-invasive treatments are safer and potentially cheaper, as there is reduced need for general anesthesia and no long-term hospital stays. For businesses, as well as lower healthcare costs, FUS may mean employees spend less time away from work, since recovery time from a FUS procedure is measured in days, whereas recovery from major surgery is measured in months. As such, there are big benefits in how FUS can reduce the productivity and societal costs associated with invasive surgery.

The technology is still in a pre-competitive phase (since it has been approved in the United States for only a couple of maladies), but FUS is nevertheless already driving further innovation (what might be called “compounded disruption”). Manufacturers are looking for ways to make the technology better; makers of MRI machines are striving to make their technology faster, so it can better support FUS; and some hospitals are already integrating the technology into their surgical repertoire. All this fosters competition, which is inevitably good for the consumer, and continued innovation means new products may hold value beyond use with FUS.

Yet, while FUS may be better for patients and good for business, it is shaking up the status quo on the provider and payer side, and it is taking time for some of these stakeholders to adjust to what appears to be a “next big thing.” One challenge, says Foley, is paying for the treatment.