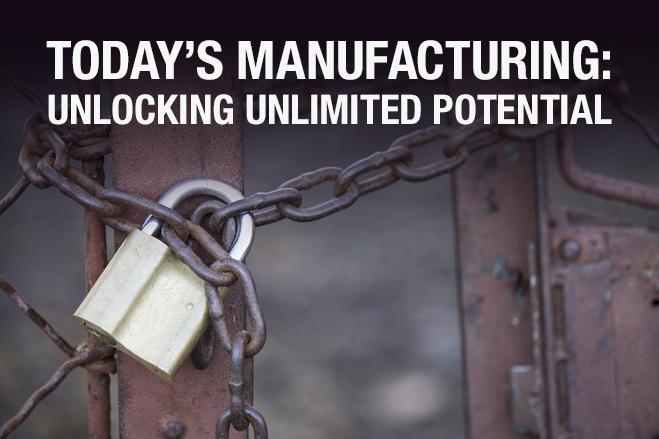 This is the second post in a series on manufacturing's challenges and potential. Read part one here.

The cumulative burden of layers and layers of regulations and a broken regulatory process are holding U.S. manufacturing back, according to policy experts and a former administration official.

“We have to stop thinking about regulations individually and focus on the cumulative effect on manufacturers,” said Dr. Michael Mandel, chief economic strategist at the Progressive Policy Institute.

The layering effect of regulations on manufacturers could curb output over the next decade, said fellow panelist Stephen Gold, president and CEO of the Manufacturers Alliance for Productivity and Innovation (MAPI). “When policy makers ask businesses for ways to help American manufacturing become more globally competitive, reforming the overly burdensome regulatory system is certainly always at the top of the list,” Gold said.

MAPI recently issued a study that looked at the cumulative impact of federal regulations issued since 1981 that affect the general economy and the manufacturing sector in particular. Gold noted five key takeaways from the study:

Gold noted that the cost of the untracked, “non-major” regulations “may be comparable” to the costs of major regulations. All these rules interact, he said, and create an economic burden much greater than the sum of the individual rules.

It’s unlikely that the tide of regulations will subside anytime soon, according to Susan Dudley, director of the Regulatory Studies Center and a research professor at George Washington University. “Things aren’t quite working,” when it comes to how regulations are developed and issued, said Dudley , who served as the Administrator for the Office of Information and Regulatory Affairs in the U.S. Office of Management and Budget from April 2007 through January 2009.

When crafting regulations, federal agencies often aren’t asking for public comments, aren’t providing adequate time to comment, and are ignoring comments when they do get input, Dudley said. She pointed to a recent report by the nonpartisan General Accountability Office (GAO) that found that about 35% of all major regulations are issued without a public comment period. This happens either because regulators decide that there is “good cause” to issue the rule without public input, or because public comment periods are too short to digest lengthy and complex rules, analyze their impact, and offer thoughtful responses.

Dudley says that there needs to be greater accountability for the analysis of the effects of a regulation before the regulation is undertaken and a better feedback mechanism within the government for retrospective reviews of existing regulations. Far too often there are executive orders to review existing regulations but then no followup, she said.

Mandel, meanwhile, says PPI has proposed a “Regulatory Improvement Commission” to review regulations as submitted by the public and present a recommendation to Congress for an up or down vote. “As we’ve all seen, we have a great system for creating new regulations but no system for removing them. Retrospective reviews do not work.”