U.S. Chamber of Commerce Foundation / Rise of the Machines

Rise of the Machines 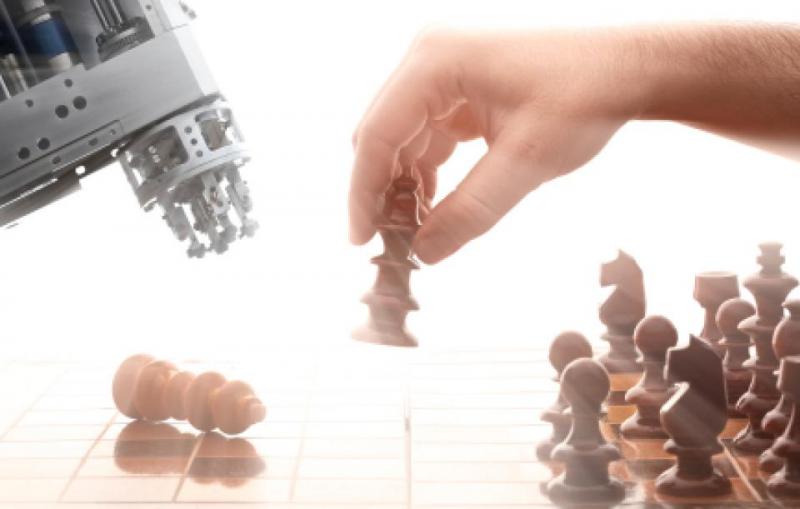 The Economist recently highlighted two gentlemen who are making a rather strange argument that they're titling the Race Against the Machine.  These thinkers -- Erik Brynjolfsson, an economist, and Andrew McAfee, a tech guru -- argue that the problem with Western economies is that they have too much innovation and technology.

For as odd as this sounds, they may have a point. Labor markets simply haven't been able to keep up with the pace of change.  Moore's Law, famously posited by Intel co-founder Gordon Moore, stipulated that technology processing power would double roughly every two years.  Given enough time, processors begin to take enormous leaps forward in capability.  Not only do computers begin to displace workers, but they do it at a rate that overwhelms the ability of employers to absorb or re-train the now marginalized workers.

"As a result, the labour force is polarising. Many of those once employed as semi-skilled workers are now fighting for low-wage jobs. Change has been good for those at the very top. Whereas real wages have been falling or flat for most workers, they have increased for those who have advanced degrees. Owners of capital have also benefited. They have enjoyed big gains from the increased returns on investments in equipment. Technology is allowing the best performers in many fields, such as superstar entertainers, to dominate global markets, crowding out those even slightly less skilled. And technology has yet to cut costs for health care, or education. Much of the rich world’s workforce has been squeezed on two sides, by stagnant wages and rising costs."

George Mason economist Tyler Cowen made a similar point in his book The Great Stagnation, though he might downplay how much productivity has risen recently.  For all the wonders of innovation, Cowen points out, jobs aren't as readily forthcoming as they once were due to serious structural (rather than cyclical) economic challenges. Critics of Brynjolfsson, McAfee, and Cowen might well argue that man has always had to play catch-up to machines.  Luddites protested the invention of the automated loom, and noted economist John Maynard Keynes warned of "technological unemployment" in the 1930s.

What's different this time is the pace and nature of the changes, not change itself.  Not only are machines improving faster and in shorter time-spans, but they are starting to assume capabilities once deemed uniquely human.  We marveled just last year at IBM's Watson, a Jeopardy-winning supercomputer that can interpret human speech better than any machine that has come before.  But even that seems boring now compared to what Siri can do on Apple's iPhone.

Education is one part of the answer to this labor market squeeze. No machine can replace a human's intuition or creativity.  The other answer is that we're still in the midst of a transition in our economy, and that in time companies will likely find new ways to pair workers and machines.  As The Economist concludes, "It would be strange indeed if markets, given room to experiment with new technologies, couldn't devise ways to combine man and machine in fruitful—and profitable—new ways."

Digital Empowers: Elevating Disability Inclusion at Work
Using Technology to Measure True Impact
From John Legend to Apprenticeship's John Lennon: A Wrap-up of Talent Forward 2019
This form needs Javascript to display, which your browser doesn't support. Sign up here instead