The Robots Are Coming - New Opportunities 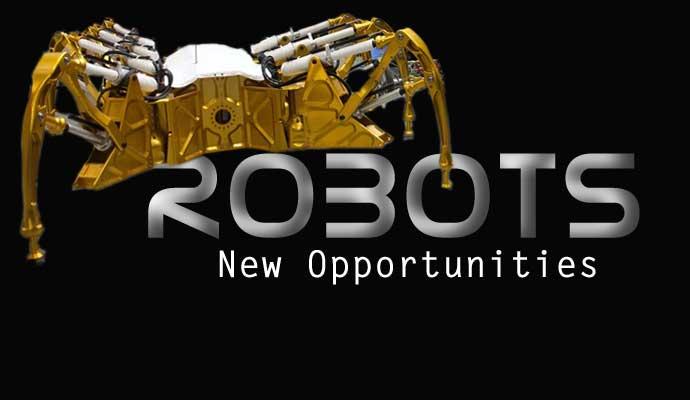 This is part 4 of a multi-part series looking at the impact of robotics on the American economy.

In my last post, we looked at the potential upheaval that could be wrought by the increasing ubiquity of robots in our economy.  Except this is far from when the story ends.  We fear the robots only when we misunderstand the nature of the free enterprise system.  The forces of innovation and creativity rarely play nice, steamrolling as they do over the old ways of doing things.  But they also don’t play in a zero-sum world. Think of agriculture, for instance.  Over the past 200 years, automation has rendered 99% of farm jobs obsolete.  And yet we produce more food than ever before, and we have created far more jobs elsewhere in the economy than the number lost in agriculture.  Here’s how Ryan Avent puts it:

“In general, a very good way to underestimate the potential impact of a new innovation is to consider its possible contributions all other things equal, that is, assuming that nothing in the economy changes to accommodate or complement the new discovery.”

Robots will not simply take away jobs or realign capital.  They will create new opportunities (if we let them) above and beyond the inefficiencies that are cleared away, and they will save our precious labor for other tasks.

As human capital, you and I must consider how we will work alongside these machines and capitalize on the gains they capture. Increasing the skills that we have under our belt is the most direct way to do this.  With a skilled workforce, automation becomes a matter of augmenting human labor and not simply replacing it.  Robots are most effective when joined with human ingenuity.  After all, they are ultimately the products of that same creativity.

In the bigger picture, what advanced countries should start to look for is less developmental growth (capturing the “low-hanging fruit”) and more evolutionary growth.  We don’t really see what’s coming along with these robots, so we must adapt and diversify.  It may not lead to many productivity gains at the beginning, but it’s all part of our transition into a brave new world.  Even believing that we live in an era of technological stagnation doesn’t condemn us to stay there.  Here’s how the Brink Lindsey summarizes where we stand today and the path forward:

“As an economy approaches the technological frontier, and as successful industrialization ushers in mass affluence, increasing uncertainty about how best to advance consumer welfare requires incessant, extensive trial and error to plot a viable path forward. This requires, in turn, an institutional and policy environment that gives free rein to entrepreneurship and competition.”

We are not living in the dregs of the third Industrial Revolution.  We are merely in the shadow of what’s to come, and feeling the tremors as it shakes loose the old ways of doing things.  We live in a free enterprise system that brings more prosperity for more people with every revolutionary advancement that comes along.  In the long term, we will create more than robots can take, and we will be richer for it.

In the meantime, we must prepare for some turbulent times ahead.  The robots are indeed coming.

Part One: "The Robots Are Coming: The Revolution Has Begun"

Part Three: "The Robots Are Coming - Smart Machines and the GDP"