Startups in New York Say Things Are Terrific, But Tough 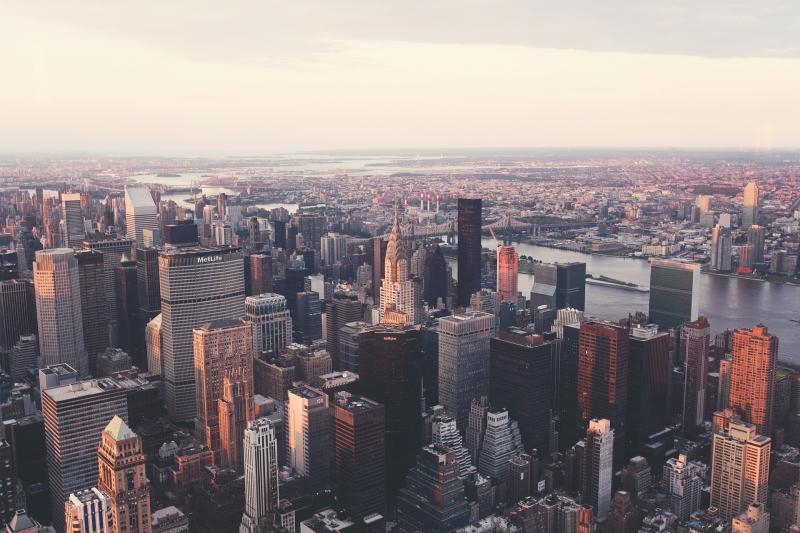 Five years ago, there were no startup incubators in New York City.

The Big Apple could hardly be called a hotbed for new innovation, as its economy still relied heavily on big corporations and the financial sector.

But things have shifted in recent years, and it can now be said that small, innovative companies are a significant driver of the city’s economy. Everyone knew it was a matter of when, not if, as New York clearly has the gravitas and population to enable a startup culture to flourish.

Admittedly, some of the growth in startups in New York City may be due to a flood of people seeking work after the bloody struggles of the financial sector in 2008 and 2009. But there has also been a genuine culture shift that has allowed money to flow into small companies, despite some obstacles.

On November 18, startup founders and leaders from the public and private sector met for the third in a series of roundtables hosted by Washington, D.C.-based startup incubator 1776. (Previous sessions were also held in Washington and Chicago.)

While startups in any city will encounter similar issues, some challenges are unique to a particular city. Here are some of the key things we learned about the startup environment in New York City.

New York Is Big—For Better and For Worse

The magnitude of New York may be its biggest asset. There is no shortage of human capital, and anything a startup needs is close by. The networking opportunities are plentiful. When it comes to getting funded, there is a large population of wealthy people.

But size has its drawbacks. The founders of new businesses said that because New York is so big, there’s no cohesive startup culture. Networking events, while plentiful, aren’t always useful.  As the owner of one education startup put it, “It’s hard to know who has just a hobby and who has a business.” Moreover, the process for getting funded is difficult to navigate, especially for those entering the game for the first time.

New York is also an expensive city. Finding affordable office space is hard, and there’s not a lot of new construction going on, except in the form of high-end skyscrapers with pricey rents.

Moreover, the high cost of living in the city has created an interesting Catch-22; workers are waiting for several years and saving money before entering the startup scene, but this makes them potentially less attractive to investors who privately say they won’t invest in a company run by anyone over 30.

New York’s massive population means that there’s no shortage of qualified workers, startup owners said. In fact, the owner of one company suggested that there is an unemployment problem among young people in the city, including those with college degrees.

That said, New York seems to be far better at producing business experts than those with technology, engineering or math skills. Part of this is due to the nature of the universities in the city, which have historically steered new grads to the financial sector instead of entrepreneurship.

Despite a growing startup culture, some small companies have struggled to find capital. In general, those in the energy and education sectors have had to work extra hard for funding to reach a somewhat cautious investor base.

Money is available, but it’s still being funneled to more traditional industries, or to companies that are simply making improvements upon existing products or services.

The good news for energy startups, in particular, is that with billions of square feet of real estate, there’s almost no place on earth better for testing out products related to making buildings more efficient. And at least one startup founder said he had success working with the owners of trucking fleets to get them to use different fuels and adopt other energy-saving practices.

On the education side, some startups have made headway in introducing products to the public schools. One startup offering an app to address student absenteeism has taken off in more than a dozen schools, for example. But in general, companies have had to work extra hard, as there’s no obvious path to getting in front of the right people or even finding out who those right people are.

Most cities have one or two top-notch teaching hospitals that serve as the drivers for health care entrepreneurship. New York, according to those in attendance, has at least a half-dozen, and they are more interested in competing than working together. Thus, any startup with a health care or biotechnology product can’t easily find its way in to the system.

New York does have some resources available for health care startups, however. Pilot Health Tech NYC offers $1 million in funding for health-related technologies in the city. And the New York eHealth Collaborative is helping to educate medical facilities about the need to upgrade their technology infrastructure.

Health systems in New York recently received $6 billion in federal funds to transform its systems, so there is money that could be directed to startups offering specific solutions.

Hospital officials, meanwhile, said startups must do a better job of preparing themselves for the complexities of the system. One exec even suggested creating a “health care boot camp” to teach startups the basics of how the medical establishment operates.

“People will come to us with great ideas, but there are 5,000 things they haven’t taken into account,” one hospital executive said.