U.S. Chamber of Commerce Foundation / The Ultimate Road Trip, With Help From Data

The Ultimate Road Trip, With Help From Data 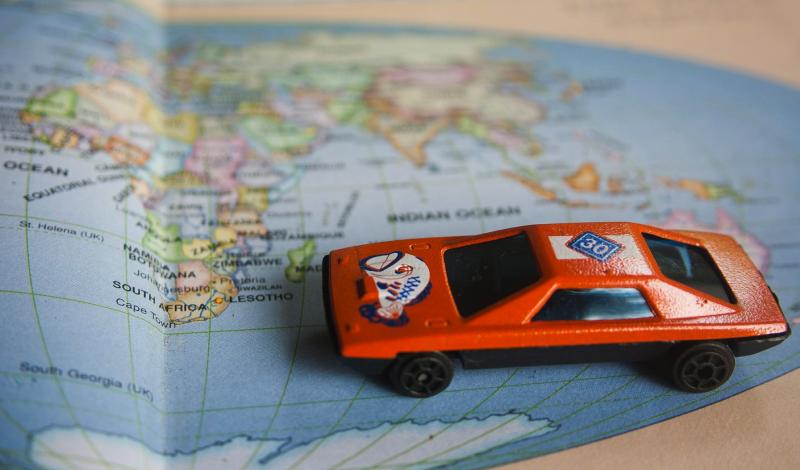 Looking for summer vacation ideas? Data scientist Randal Olson from Michigan State University may be of some assistance. Olson has recently determined the most efficient method of driving across the country, hitting at least one historical landmark in every state.

In order to calculate this route, Olson set up three basic parameters with which to guide his algorithm. The first was that the trip would have at least one stop in all 48 states in the continental United States, plus Washington, D.C., and two in California. Furthermore, every stop must be either at a National Natural Landmark, National Historical Site, National Park, or National Monument. Lastly, the trip could only be made by car. 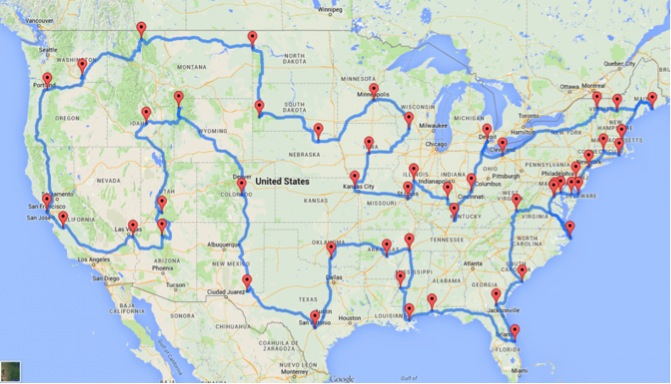 The route was calculated by utilizing the same algorithm that Olson developed to determine the most efficient method of completing a game of “Where’s Waldo.” Olson claims that “instead of exhaustively looking at every possible solution, genetic algorithms start with a handful of random solutions and

continually tinker with these solutions — always trying something slightly different from the current solution and keeping the best one — until they can’t find a better solution anymore."

Genetic algorithms aren’t just used by data scientists to plan road trips. These algorithms can be used in the distribution, shipping, and finance industries to improve efficiency and maximize profit. In the shipping and distribution industry, a genetic algorithm can be similarly applied to design the shortest route for traveling, while avoiding traffic, and reaching all necessary stops. Some finance experts even argue that genetic algorithms can provide the flexibility, speed, and computing power to provide those investing in the stock market with consistent winning strategies.

The journey Olson calculated is estimated to be 13,699 miles long and require a combined 224 hours of driving to complete in its entirety. The stops along the journey have a healthy mix of both natural beauty and historical significance, including such gems as the Grand Canyon, the Gateway Arch, and Graceland. According to Olson, “It’s a huge trip. It really captures a lot of people's imagination. … It’s something we all want to get out and do.”

After the widespread notoriety and success of his road trip map across the United States, Olson received thousands of requests to create similar maps for Europe, South America, and Africa. The data scientist has stated to his followers that he intends to apply his algorithm to making road trip maps for every continent and will publish them on his blog.

The code, along with an informational breakdown of each section, has been published on Olson’s blog.