U.S. Navy Taking a Page from the Private Sector 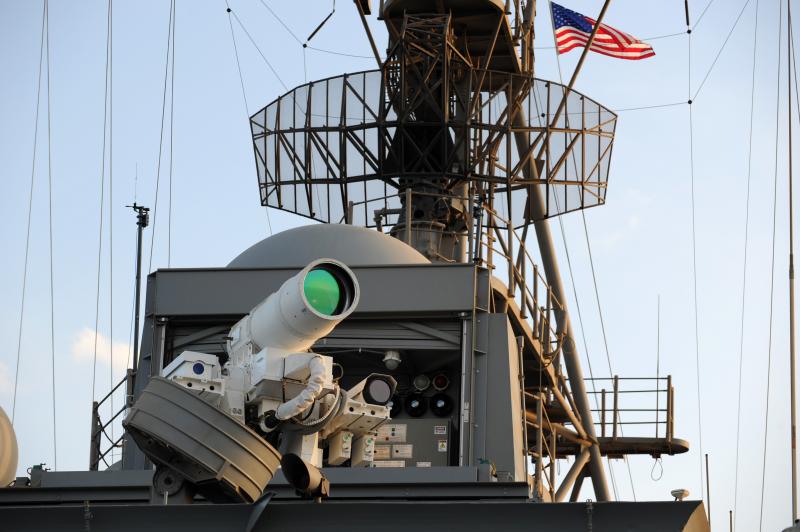 The U.S. Navy and other military branches are exploring the use of laser weapons.

There are times when folks in the private sector look at government and marvel at its inefficiency. Businesses thrive on competition, innovation, exploration, and a focus on meeting a need as fast and inexpensively as possible. Government, however, rarely embraces these proven elements of success. With sole-sourced contracts, endless bureaucracy, and an acquisition process that looks like a plate of spaghetti, it’s a wonder the public sector ever gets anything done.

However, not all government is created equal. Last week, Secretary of the Navy Ray Mabus spoke at an American Enterprise Institute program, "Lasers, railguns, and drones: Navy Secretary Ray Mabus on the future of the Navy and Marine Corps." While lasers and railguns were unfortunately not mentioned even once in the Secretary’s remarks, Sec. Mabus nevertheless offered intriguing insight into how the U.S. Navy is using approaches frequently found in the private sector to build its capabilities. Some of the highlights include:

Overall, the Secretary’s talk revealed a thoughtful approach to strengthening and improving America’s Navy, applying many of the best practices and approaches that the private sector uses every day. One wonders what other government departments might find improved efficiency and better results if they took a page from industry. We have a long way to go in reforming how our government gets things done, but the remarks from Sec. Mabus show that the Navy at least is sailing towards a brighter horizon.