Using Data to Boost Growth in the European Union 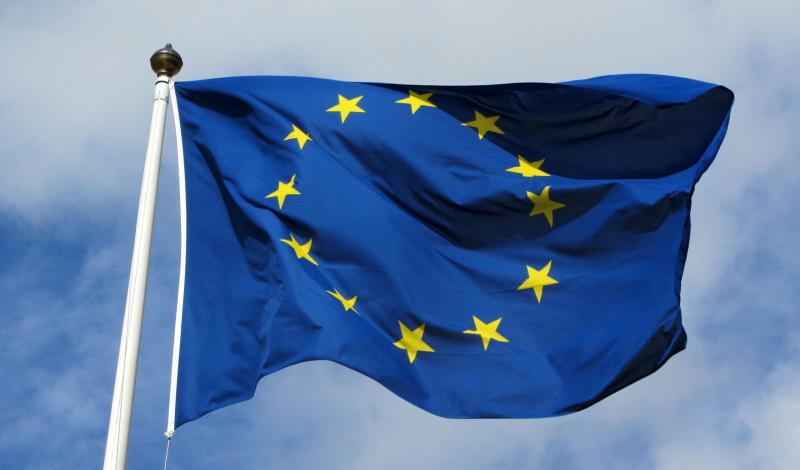 The European Union has the highest GDP in the world, roughly 6% greater than the United States, and creates it with 50% more people in 50% less space than America. However, its estimated GDP growth rate in 2014, according to the CIA World Factbook, is only 1.4%, putting it at 171 out of 200 positive growth economies. In spite of this fact, there are significant opportunities for economic growth spread across its 28 members. One of the ways that EU leaders see great potential in economic growth for its member states is through the use of big and open data sets.

Europe and many of its citizens value keeping information about individuals very secure and private. Now, as big data becomes a driving force for social and economic opportunity, European policy makers are facing a tension between wanting to channel the benefits of big data and protecting the data of its citizens. However, the notion that the EU must choose either benefits or protection is a false one. The EU should avoid creating privacy and security rules across 28 different markets that create significant burdens for companies and consumers without addressing any of the important security concerns.

The EU offers a number of different commercial, government, and academic projects as examples of how big data can bring significant gains

to European society. In the medical field, there are projects that focus on sharing medical prognoses and outcomes for people who suffer brain trauma and projects that collate data on a wide variety of clinical trials. For public infrastructure, large collected data sets from vehicles and pedestrians were used to combat traffic congestion through VIAJEO, and SOPCAWIND uses meteorology and geography data sets to find the most efficient placement of windfarms.

The EU’s belief that big data can have a major impact does not stop at social benefits. Big data plays a significant role in EU’s Horizon 2020, which is an economic and technological development plan that will use public funds to leverage private investment in large projects like these. In addition, GÉANT, EU’s data and internet infrastructure that connects Europe’s research and education facilities, serves as a natural infrastructure for big data projects that often require lots of computing power and multi-team collaboration.

In fact, the EU has shown support for encouraging education and development around big data. In a move to develop economic growth and productivity more broadly in the region, the EU has developed a strategy on big data that will:

The current EU regulations on these points surrounding privacy and protection are based on a Data Protection Directive passed in 1995. Those regulations focus primarily on how the EU and its member states use data sets about individuals, and offers protections for citizens in what their data could be used for and how they could control it.

The changing aspects of the internet, including an exponential increase of data generated and used by businesses and non-government agencies, have necessitated a need to update the Data Protection Directive. This new proposal is called the General Data Protection Regulation (GDPR), which promised to streamline 28 different member state privacy regimes into one centralized rule in a system that some call the Digital Single Market.

An EU white paper from last year attempted to sync these two threads: the importance of the data-driven economy and the security and privacy of individuals’ data.

In the section on building regulations, it suggests that its main goal is to “strengthen individuals’ trust,” and that the EU commission will “work with Member States and stakeholders to ensure that business, and in particular SMEs, receive adequate guidance,” on issues dealing with data security and proper usage.

Helping build individuals’ and consumers’ trust in all agencies that use data, and making sure those agencies are able to use that data safely, are good goals. In fact, many companies that develop and use large data sets are already at the forefront of making that information secure. They work closely with SMEs and startups in Europe to help those companies grow upon a base of advantageous and safe use of data.

Creating rules that are flexible to accommodate different uses and types of data is the best way to facilitate greater privacy and security protections. Today, larger multinational companies in the big data space believe that having the appropriate latitude to operate is the best way to develop the EU economy and make citizens more comfortable with big data sets.

Unfortunately for the EU, as the proposed GDPR has gone through the rule-making process, multiple changes have negated the initial promise of a streamlined privacy regime, making it much more unlikely that the promised benefits of big data will be realized. In fact, the current state of the GDPR negates many of the touted uses of big data, as it would require adhering to different sets of rules in every country, and make the creation of big data sets across the EU much more difficult.

This week, Facebook has expressed they might have to delay or cancel the release of new features in Europe in response to these conversations about more complex regulations due to the removal of streamlined policies and having each country with its own regime. And Facebook’s reasons for doing so are not solely based on their own needs; in a recent op-ed for the Financial Times, Facebook’s European Vice President of Public Policy Richard Allan stated, "By making it harder to start and run an Internet business, they threaten to make Europe less prosperous and the web less useful."

In May 2015, an EU commission released “A Digital Single Market Strategy for Europe,” and wrote

A fragmented market does not provide sufficient scale for cloud computing, Big Data, data-driven science and the Internet of Things to reach their full potential in Europe. To benefit fully from the potential of digital and data technologies, we will need to remove a series of technical and legislative barriers. Restrictions, such as those related to data location …force service providers to build expensive local infrastructures (data centres) in each region or country…The lack of open and interoperable systems and services and of data portability between services represents another barrier for the cross-border flow of data and the development of new services.

Allan and some of the EU leaders are speaking from the same place. All agree that big data is going to be an important part of what will likely be the most important economic driver of the next 20 years, a sentiment also recently put forward by the Progressive Policy Institute. But some regulators in Europe may pass significant obstacles that will limit the development of big data projects in Europe. By not producing a single set of regulations for companies to plan for and adhere to, the EU will certainly produce a fragmented market and miss out on opportunities for economic and social development.