U.S. Chamber of Commerce Foundation / Vibrancy and Growth in the Heart of Texas

Vibrancy and Growth in the Heart of Texas 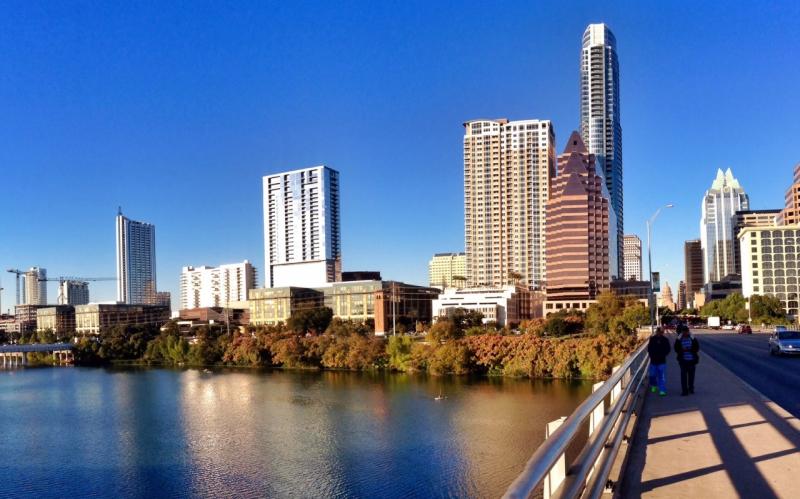 Austin is weird. And I mean that in the best way.

It is a city of contrasts. Between the dense urban streets and wide sidewalks, nature trails crawling up into the hillsides, eclectic food and art scene, you’d think you’re in the Pacific Northwest. I mean, the best food here is served out of trucks and trailers! Next to a high-tech research lab! On the other hand, the culture is steeped in courtesy and “howdy, ma’am’s,” and just try taking away people’s trucks to realize how proudly Texan the city is. Only in Austin.

I’m here in Texas’ capital for the Congress of Cities, an annual conference for newly-elected mayors and council members from around the country. Held by the National League of Cities, it is THE place to learn about how cities tick. This matters because of our work at the Foundation on city regulation as well as on open government data  Each day I’ll post a few thoughts from the conference’s proceedings.

Today began with a tour of UT-Austin’s Advanced Computing Lab, a state-of-the-art facility wired to some of the largest supercomputers in the world (each named with a horse theme). The floor of metal grates leads you right up to a massive display of 80 monitors that visualizes what each computing node is processing. On one side is a rendering of its earthquake predictor. Another side boasts a visual map of the universe’s dark matter. You know, no big deal. Much of this work is processed through one supercomputer in particular called Stampede, a beast of a machine that can process data at speeds of 2.2 petaflops (maxing out at 9.6 petaflops when using every processor simultaneously), which translates to 2.2 quadrillion calculations a second. The coolest part? You can run experiments off of your smartphone, connecting wirelessly to the supercomputer. 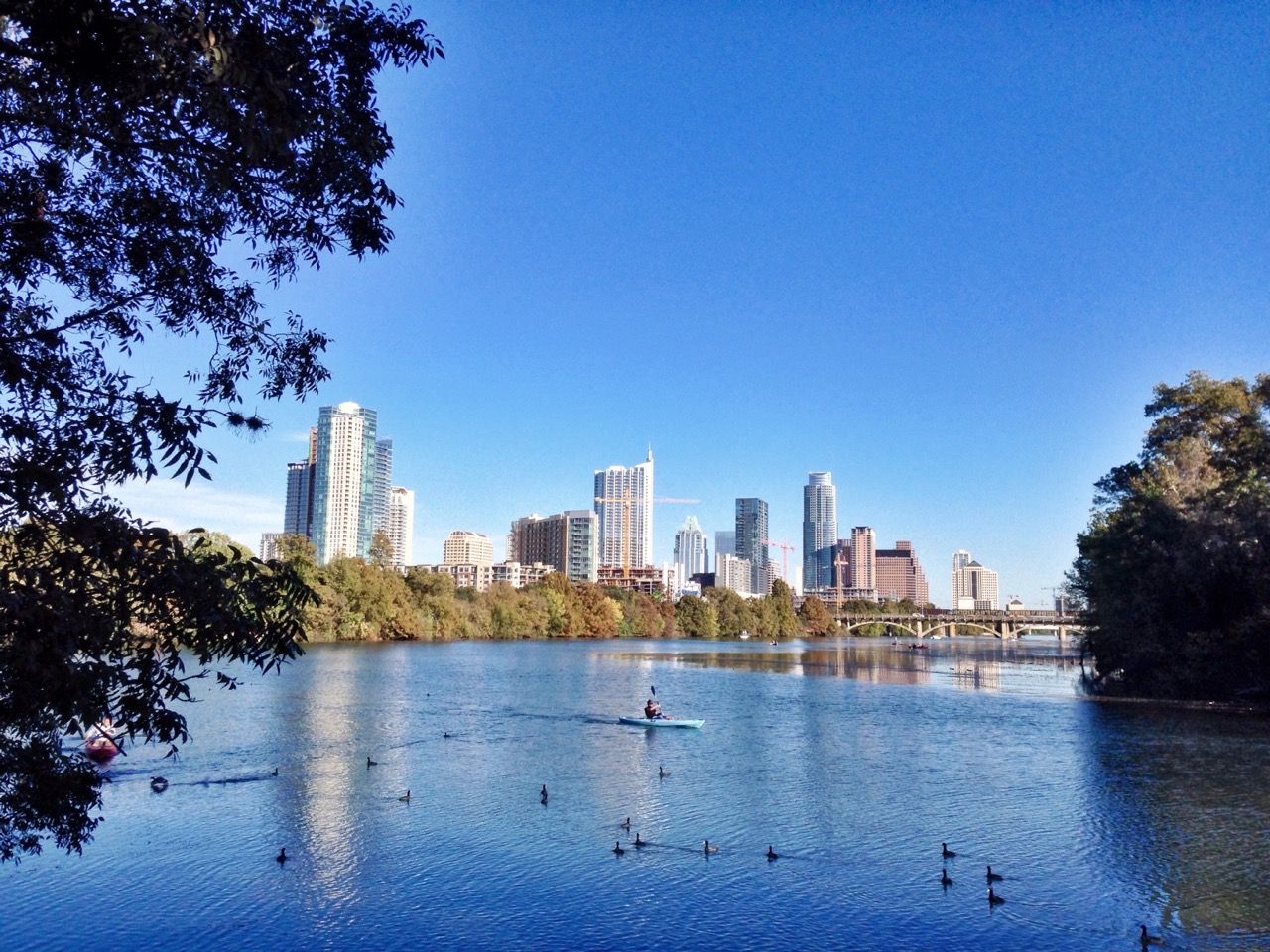 After absorbing this tremendous display of computing power in slack-jawed amazement, we turned to a presentation by a collection of local economic development gurus. Austin, it must be noted, is a veritable boomtown at the moment. There are condos going up everywhere across town. People are flocking here from all over like it’s the promised land (hint: it probably is). The Prosperous Places Program showed us how its team scraped together data on every critical point of the city’s economic development and then visualized it to help planners make better, more informed choices. They viewed this data effort as a part of “place-building,” to hep the city keep its strong sense of what it is.

Another presenter talked about how suburbs in the area are bent on creating “live-work-play” communities where people have good jobs and stay rather than commuting with their talent and cash into the city every day. They look to achieve this goal by building for density with lots of mixed-use properties. This may seem odd for Texas, the land of sprawl, but as one of the presenters said, “density produces possibility.” Press them a little further though, and they do admit that Austin feels like it’s in the sights of the EPA for its auto emissions. Pushing for density downtown and business development in the suburbs helps keep emmisions low. 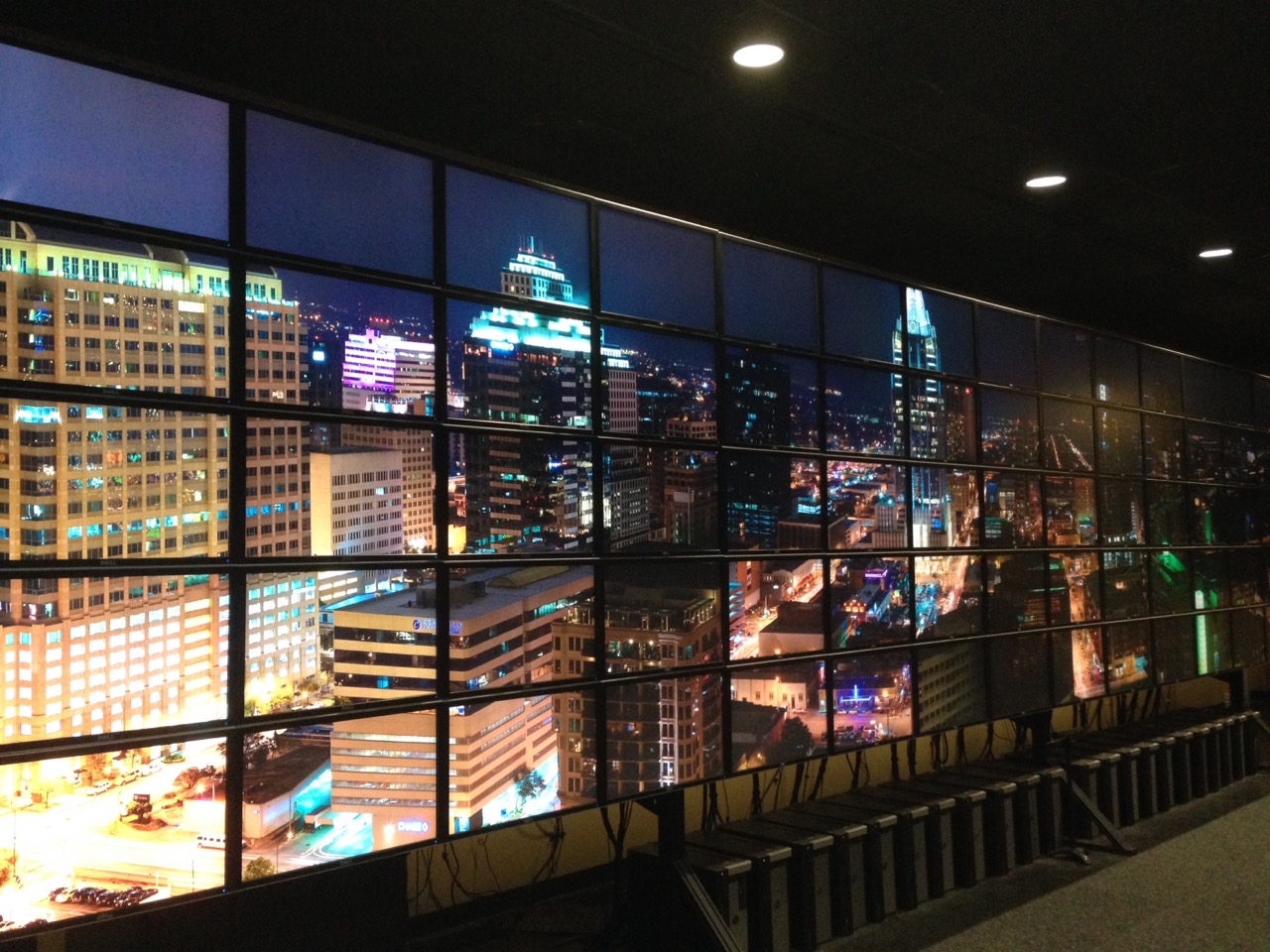 Nevertheless, density also helps throw “ideas in the air” as people and their talent intermingle. It isn’t without reason that greater density has been found to greatly boost a city’s productivity and, relatedly, its competitiveness. Austin gets this.

We also saw an open source data visualization tool that allows city planners to tweak data inputs on every factor of their work, from pedestrian foot traffic to the types of trees being planted and have it automatically rendered into a 3D image of any part of Austin. Want to see what happens when you build a large building just off Congress Street? Done. Want to know its return on investment? The report is already there in a spreadsheet.

Which got me thinking: cities should adopt SimCity-like tools on their websites. Residents could envision the “perfect” version of their area’s future development. Make the streets have more trees, use the vacant land for pop-up shops — whatever they want. City leaders can then gain a grassroots understanding of just what people desire and value.

As with every conference, you’re left with much more information than you can reasonably process. But as the day’s activities draw to a close and we prepare for a new round tomorrow, the greatest takeaway is this: Austin is a powerful example of what happens when you mesh strong economic growth with a vibrant culture. Just Keep Austin Weird.

Read more about the importance of economic growth in the report The Growth Imperative: How Slow Economic Growth Threatens Our Future and the American Dream.