Walker Leading Wisconsin – You Can’t Always Get What You Want 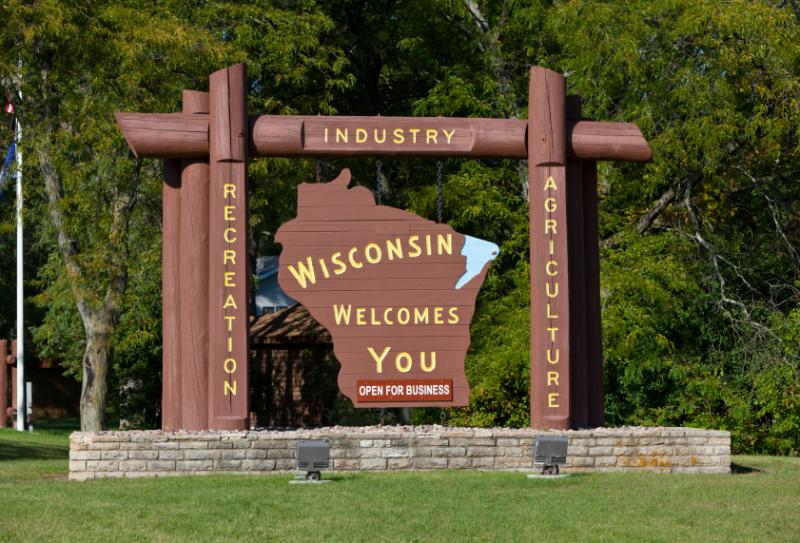 The United States is different today than before the recession, facing new economic and social challenges. To succeed in these trying times, Americans need effective local, state, and national leaders – something in increasingly short supply. There are many leadership qualities, but in our current circumstance, one of the most important is the ability to lead in an austere environment. There is only so much money and resources to go around, and difficult times mean difficult choices. With these realities, an effective leader must embody that wisdom so eloquently stated by Mick Jagger, “you can’t always get what you want.” It’s the guidance parents have to give to their children when they want something in the toy aisle.  It’s also the same guidance that families deal with in terms of their own budgets in these pretty lean times.

It’s also undoubtedly the circumstance that many governors have encountered in trying to manage their respective states.  All is not lost, though. There are leaders around the country working to put their state and local communities back on the path to prosperity. One of those places is Wisconsin.  After the economy plummeted, the state found its budget short of $3.6 billion dollars, with the state coming up short on Medicaid; payments to other states; as well as funds to support essential state services such as public defenders, the department of corrections, etc.  In the past, state leaders would often raid various funds in an attempt to balance an out-of-control budget. Unlike the federal government, which can run up a deficit, the overwhelming majority of states are required by law to have a balanced budget.

Wisconsin is one of those states and when Scott Walker took over as the state’s chief executive in January 2011, he had to make some difficult choices and fast. Gov. Walker wasted no time taking action. He immediately passed Wisconsin Act 10 (commonly called the Wisconsin Budget Repair Bill), a powerful piece of legislation whose section limiting collective bargaining rights for public employees drew national attention and became a proxy battle in the wider fight on the appropriate levels of public sector spending. Act 10 drew the ire of unions nationwide because it gave public employees the choice to decide whether they wanted to be part of a union, making it illegal for unions to forcibly take dues from government payrolls. In so doing, the legislation freed up school districts and others to make hiring and firing decisions based on merit alone.

Walker made clear his view that collective bargaining is not a right but a costly entitlement that has no place in austere Wisconsin’s public service. In restricting collective bargaining rights, Walker took a firm stand limiting union power, a step some have likened to President Reagan’s stand against the air traffic controllers union in 1981. That he took a stand on this and other contentious points for the sake of the state economy is noteworthy; that he did so and is now faced with a likely recall election in June is where we can find the real measure of his leadership.

About 5.5 million people live in Wisconsin, and 1.1 million of them are employed because of the state’s manufacturing industry – either working directly at a manufacturing plant or at jobs that support the industry.  According to a study by the National Chamber Foundation and Wisconsin Manufacturers and Commerce, this translates to $53 billion in earnings for Wisconsin workers and business owners. In 2001, Wisconsin had a manufacturing job concentration 65 percent higher than the average state economy; that grew to 88 percent by 2011. This shows how fully Wisconsin relies on manufacturing to drive its economy and how critical it is for the state policies and legislation to align with private sector realities.

To foster the struggling sectors of their economy, Wisconsin policymakers turned the state’s Department of Commerce into the Wisconsin Economic Development Corporation (WEDC) – a public-private economic development partnership that brings together stakeholders in the economy to develop the policies and efforts that best spur growth, entrepreneurship and profitability. Similar models have proven successful in Wyoming, Virginia, Utah and other states. In as much as efforts to lighten the regulatory and financial burdens on the private sector show Walker and Wisconsin policymakers’ leadership on economic recovery, it is the more difficult choice of where to cut the budget that shows an ability to lead effectively in an austere environment.

The governor’s Commission on Waste, Fraud and Abuse recently presented its final report, identifying cuts and adjustments for efficiency saving the state nearly $450 million a year. These cuts will allow the state to focus resources and funding on more pressing priorities. Such was the case with the education budget. Wisconsin’s population is aging. It has high levels of residents more than 75 years old, a higher-than-average population in their 50s and a lower-than-average population of residents 25-39 (the group holding most young families and mid-level professionals).

With an aging workforce and population, many Wisconsinites depend on Medicaid and public healthcare options. Because the governor cut education budgets and made other adjustments, he did not have to short the needed healthcare support. Clearly someone was going to be unhappy with the necessary cuts, and Walker’s actions show that he was willing to make the difficult choice of deciding who has the greatest need and who can and must take a hit.

Walker’s critics argue he is a polarizing figure, dividing the state and pitting one ideological group against another. The polarization, however, may be more perception than reality. When Walker announced the limits on collective bargaining and budget cuts, it sparked a wave of protests that garnered national as well as international attention. As part of that, union supporters and others flooded the state with money and manpower to fight Walker’s reforms. While the conflict was clear, did that prove a stark divide amongst Wisconsinites? Walker says union leaders throughout the state are happily his partners in economic recovery. In implementing structural reforms on how Wisconsin balances its budget, there are more funds available for infrastructure improvement and other investments, which puts people back to work. What is even more interesting is that at a recent American Enterprise Institute (AEI) event, titled “Are Wisconsin's Budget Reforms a Model for Other States?”, Walker noted a significant jump in small business owner perceptions about Wisconsin’s economic trajectory.

Most feel that the reforms put Wisconsin back on the road to success. The supposed political divide in Wisconsin, it seems, is less about Walker and more about a wider debate on America’s ideological direction. Are we a nation that prizes free enterprise with the right to not only succeed on your own merits but fail as well, or are we a country that taxes and regulates the private sector for the sake of expensive social programs? The latter may offer a wide safety net temporarily, but when industry slows, so too do incomes, which reduces the taxes available for social programs. It is untenable in the long run, and in Wisconsin, it seems Walker is focused on letting industry and jobs grow out of one of America’s greatest assets – its free enterprise system. The governor will likely face a recall election this summer, and it will be the true measure of how Wisconsin voters view their leader.

Their decision will tell us a lot about the future.