U.S. Chamber of Commerce Foundation / We're Ready For Driverless Cars, But What About the New Cyber Threat?
General Foundation
May 29, 2015

We're Ready For Driverless Cars, But What About the New Cyber Threat? 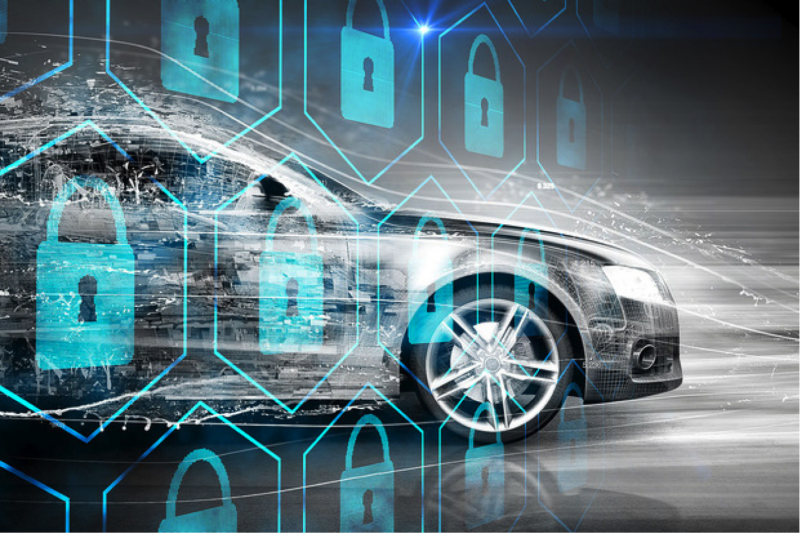 Autonomous vehicles are a product of the rapidly changing modern world, driven by technology and innovation. These vehicles are introducing a safer world of transportation with improved fuel economy, ease of traffic congestion, and greater independence for the disabled and elderly. For all of these potential promises and rewards, there are still risks to consider, particularly from cyber-attacks.

Transportation Secretary Anthony Foxx recently announced the federal government’s plans to remove unnecessary regulations on driverless technologies, and promote the growing industry. Foxx stated, “The Department wants to speed the nation toward an era when vehicle safety isn't just about surviving crashes; it's about avoiding them."

Secretary Foxx went on to say, "Connected, automated vehicles that can sense the environment around them and communicate with other vehicles and with infrastructure have the potential to revolutionize road safety and save thousands of lives."

Driverless cars will interact with other vehicles through vehicle-to-vehicle communication giving the position, speed, and trajectory of all other vehicles on the road. The communications between those respective vehicles will work to reduce accidents, while removing human error from driving, and allowing for the safest possible method of transportation for all drivers, regardless of disabilities.

Advancements in the field of self-driving vehicles include using GPS technology, laser ranging, Lidar sensors, radar sensors, video cameras, and more software systems to detect surrounding buildings, roads, and other obstacles. Google and Tesla are among the top innovators developing driverless cars, as both companies expect to release autonomous vehicles for sale to the public by 2020 and become common on roads by 2025. Google and Apple are also introducing intuitive car dashboards, Android Auto and Apple CarPlay, that allow the driver to stay focused on the road, while being connected to maps, texts, and other functions from their smartphone.

Delphi, an automotive manufacturer and software company, has worked with Audi to build a car that was able to drive from New York City to San Francisco with 99% of the drive fully automated. Both Google and Delphi recently acknowledged records of accidents involving autonomous vehicles, 11 by Google and one by Delphi, but all were caused by human error in other vehicles.

The Delphi-Audi driverless car is aided by six Lidar sensors to measure distance, six radar sensors for bad weather, multiple cameras to watch the road, and many more software features that brought the vehicle’s value to more than $500,000. Other companies introducing themselves into the market of driverless cars and similar functions include car companies Mercedes-Benz, and BMW, and technology companies Cisco, Mobileye, and QNX Systems.

The development of autonomous vehicles with these capabilities requires large amounts of programming and software in order for vehicle operations to be safe and secure. However, it is for this reason

that there will inevitably be vulnerabilities within the vehicle’s system that will allow for hackers to infiltrate and potentially take control of a vehicle.

Hugh Boyes, the cyber security lead at the Institution of Engineering and Technology (IET) in London, stated that “the reliability and security of software used in driverless cars will be a major concern for manufacturers and insurers, and if hackers found a way to target these vehicles, this could present a whole new set of challenges that the industry is not currently equipped to tackle."

The larger the technological world and Internet of Things becomes, the bigger arena cyber-attackers have to learn and launch new offensives on even the most well-prepared victims. Driverless car test trials are continuously looking toward improving driverless cars safety and security through protecting transport networks and securing vulnerabilities with the implementation of failsafe systems.

Developers are installing thousands of failsafe systems into their vehicles to protect against any potential problems a car may face on the road, but dangerous possibilities remain endless. These companies must work to mitigate risk, as well as convey to consumers that no cyber-security system is 100% secure, and the human driver will continue to be the ultimate failsafe system.

The evolution of autonomous vehicles is in a comparable stage to the early days of the Internet, as there is great potential, but limited awareness on how to best handle its growth. Driverless car innovators will face similar obstacles to Internet pioneers, as they must find a way to secure their vehicles and intellectual assets from malicious hackers without any prior experience on how and when cyber-attacks could occur.

Widespread growth of autonomous vehicles will open new doors in the fields of technology, engineering, cyber security, and more to continue to develop and protect these vehicles. Autonomous vehicles may also lead to a shift in occupations from fading roles, such as truck drivers, cab drivers, and others in the field of transportation, as robotics and artificial intelligence become increasingly prevalent.

The world of transportation has changed drastically from horse and buggies to automobiles to aviation, and so has the governing bodies administering and regulating these methods of travel. Police and government highway authorities may soon take an equally drastic shift from regulating traffic to regulating cyber security requirements for future transportation.

Driverless cars may present the next great platform for innovation and artificial intelligence, but the outcome of that platform may depend on how well-prepared the future, technologically invigorated, world is for new cyber threats.