U.S. Chamber of Commerce Foundation / What is the Greatest Story of American Innovation?
General Foundation
May 8, 2013

What is the Greatest Story of American Innovation? 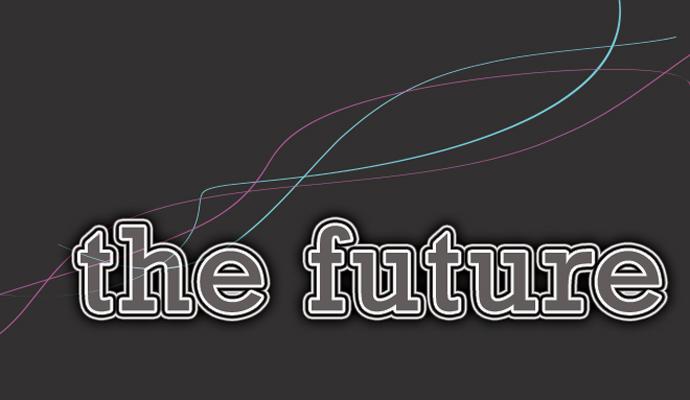 What does the future look like to you? If it’s anything like former President Bill Clinton’s vision, we may soon live in a world dominated by the creative class. In his mind, that’s a future we should welcome with open arms. And the best way he thought to tell the story of tomorrow was to reach back to our very recent past, to a project of vast human ambition.

Over the course of 40 minutes, I listened recently as Clinton regaled an audience at DC's Corcoran Gallery with thoughts on everything from human genetics and string theory to TV watching and ant colonies. While these were fascinating glimpses into the mind of an ex-president, what tied it all together was his notion of creativity—imagination teased out by collaboration and turned into innovation. “The future will reward most richly those who are creative and cooperative,” said Clinton, adding “we’ve got a lot to learn, and the creators have to lead us there.”

According to Clinton, perhaps the greatest illustration of the creative class at work is the Human Genome Project. Truthfully, that example seemed funny to me at first. I hear “creative class” and think of bohemians and bon vivants. Yet when Richard Florida first set out to define this group, he came up with a far more nuanced picture.

Florida broke the creative class into a handful of core groups, the first being the “super-creative core.” These workers are found in the 12% of American jobs that are “fully engaged in the creative process,” such as many of those in the STEM fields (science, technology, math, and engineering) as well as artists, professors, designers, and entertainment workers. “Creative professionals,” Florida’s second type, are the knowledge-based workers in the financial services, business management, healthcare, legal, and education fields that use their college education to “draw on complex bodies of knowledge to solve specifics problems.” In short, the creative class is far bigger and diverse than we may think.

With these categories in mind, we can now consider the Human Genome Project as evidence of the crucial marriage between creativity and cooperation in one of the great stories of American-led innovation.

With an investment of $3 billion in 1990, the U.S. Department of Energy and the National Institutes of Health joined forces with an international consortium of geneticists to map and understand every gene in the human body over a span of 15 years. Ten years later, the project’s scientists announced that they had sequenced the majority of the human genome (the entire collection of human genes). Three years after that, the blueprint of humanity was published in full—ahead of schedule and under budget. Today, sequencing a human genome takes $4,000 and a couple of days.

The scientists behind the project realized a few key things early on. First, there was no way that the 20,000–25,000 genes and 3 billion base pairs that make up the human genome could be mapped without the involvement of many smart people from around the world. A wide range of minds from across the disciplines were including, stretching outward from the sciences to include lawyers, ethicists, and writers, among others. And with work already begun in research centers throughout Europe and Asia, the project got a running start that soon morphed into a global sequencing chain running throughout the United States, United Kingdom, France, Germany, Japan, and China. This cooperation not only made the project more effective, but ultimately allowed it to show that its work was on behalf of all humanity.

Second, sequencing the genome through brute force wasn’t going to work—these scientists were going to have to get creative. As The Economist explained, the project’s researchers “adopted a step-by-step method that started with relatively large chunks of DNA and broke them gradually into smaller pieces.” Rapid experimentation and some “creative laboratory innovations” soon allowed scientists to automate the sequencing process. Moreover, the project employed open source methods, such as placing sequences in public databases that allowed for other scientists to verify the project’s work and even create other, similar sequencing projects.

This leads to the third point that cooperation can enable and even be spurred on by competition. A private project, started some 8 years after the public program, used an alternative “shotgun sequencing” approach—involving smashed genomes being reassembled by computer—that enabled this team to publish its own sequences at roughly the same time as the publicly-led program and at a tenth of the cost. When the private project, led by Craig Venter and a company called Celera, first announced that they were jumping into the race for the genome, the public project substantially sped up its work.

Why should any of this matter? “Genome sequencing,” as Yang Huanming, president of the Beijing Genomics Institute, said, “is the digital foundation upon which we can build a system for understanding both health and disease in people and in our environment.”

President Clinton believes that we must find a “balance between creativity—widely and broadly shared—while making it profitable to pursue.” Ultimately, that requires “a more explicit framework to reward creativity.” With the Human Genome Project and competition, we find a powerful example of these forces at play—creativity and cooperation, competition and reward. This is the creative class at its finest hour.

President Bill Clinton: American Creativity and the World from Motion Picture Association of America on FORA.tv