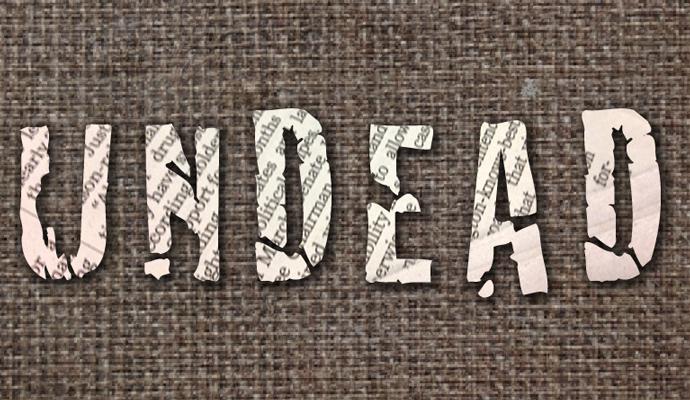 In the wake of the Washington Post’s sale to Jeff Bezos of Amazon.com, many are wondering what the future holds for jobs in journalism. Judging from Michael Mandel’s analysis, there’s actually a lot of room for hope.

Sure, journalism continues to face significant headwinds. Employment figures in particular have been abysmal. During the worst of the recession from 2007 to 2009, journalist employment dropped by 20%. Moreover, print advertising for newspapers—a central source of their revenue—is in its sixth year of decline, falling by 8.5% in last year alone. Digital advertising hasn’t increased enough to take its place (15 print ad dollars were lost for every 1 dollar in gained in digital ad revenue). Pension and debt obligations remain a heavy burden on remaining revenues, leaving even less to pay staff.

Yet help-wanted ads for journalists took off starting in 2010 and have since doubled in number. At the same time, these postings for new openings have diverged significantly from official employment numbers, which continue to decline. To confuse things even further, Mandel finds that “the BLS annual series show a 25% gain in the number of working journalists from 2009 to 2012.”

What does this all mean? First, we shouldn’t write journalism’s obituary. For as much as some old media titans have had to cut back significantly (or even face bankruptcy), other media establishments, such as Politico, have grown up to take their place. And some stalwarts have found themselves positioned quite well to weather the news industry’s downturn; think of The Economist, for instance, which has reported record profits.

Second, journalism is undergoing a structural shift, much like in the rest of the economy. Old forms of journalism are fading away. Other industries are rising to perform similar functions of spreading information and shining light into dark places. New jobs are being created in the process. We’re only now beginning to find ways to quantify these changes. And innovation continues doing what it does best: creatively destroy the old and foster the new. 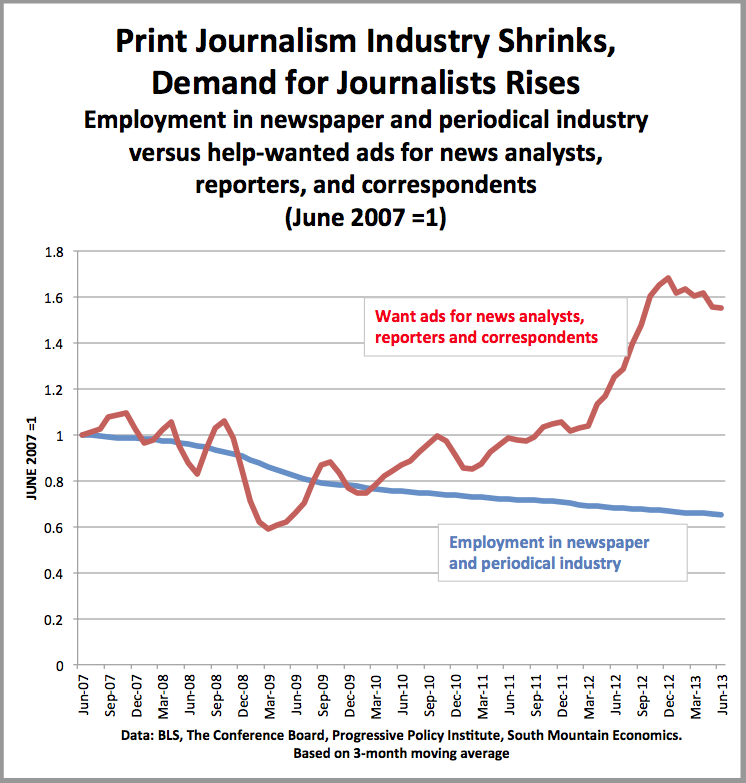