U.S. Chamber of Commerce Foundation / Is Your City Ready for the Digital Economy?
General Foundation
May 13, 2016

Is Your City Ready for the Digital Economy? 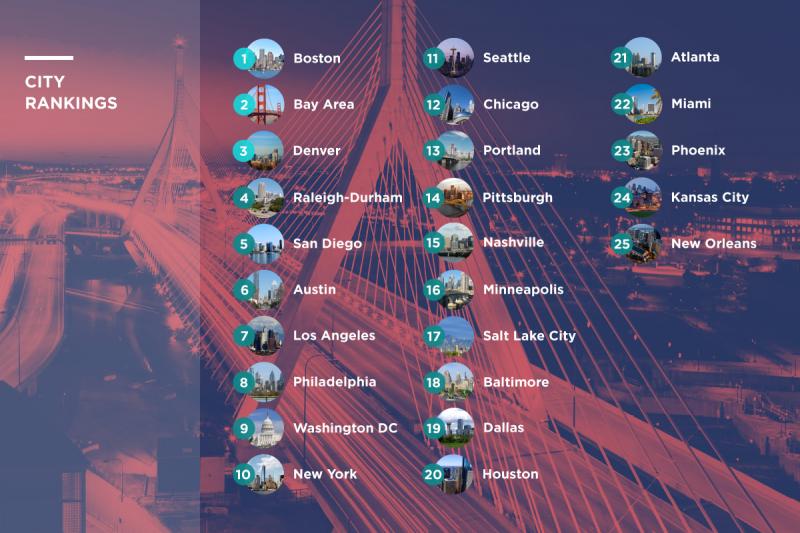 Our nation's economy continues to evolve, and the health of cities is dependent on their ability to take advantage of these changes. That's why the U.S. Chamber of Commerce Foundation has partnered again with Free Enterprise and 1776 on a report examining the cities that are best poised to take advantage of the digital economy.

The 2016 Innovation That Matters report offers a ranking of 25 top startup hubs and provides insight into the steps cities can take to turn capital into successful tech industries.

Boston earned the top spot in our index, based on dozens of key indicators including total number of startups, quality of life, and the number of educated young people.

The full report is worth your time, but here are a few highlights:

Read the report at 1776.vc or download it here.