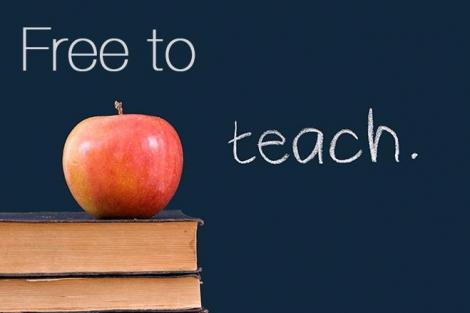 In the ongoing campaign for education reform, charter schools are widely recognized as a promising avenue for improved student outcomes. But as public sector unions target charter school teachers for unionization, reform supporters are concerned that the promise of charters will be short-lived.

In one recent success for the unions, teachers and employees in Chicago’s largest charter school network, the United Neighborhood Organization (UNO), voted to join the American Federation of Teachers (AFT). Contract negotiations are in process between the AFT and UNO, which operates 13 charter schools in Chicago with about 415 teachers and staff.

Union leaders claim that organizing charter school employees will provide them with enhanced job security and allow them to negotiate collectively for pay and benefits. But education reformers say unionization will inevitably lead to charters becoming as calcified as traditional public schools, undermining the spirit of innovation that makes charters work.

"These schools being unionized are going to begin very quickly to look exactly like the traditional public schools that they were set up in contrast to," Jeanne Allen, president of The Center for Education Reform, tells the Wall Street Journal. "All of those union contractual rules are what created largely our inability to respond to kids' needs more quickly as our society changed."

Charter schools are part of the public school system and receive public funding, but operate independently of the school district, often run by private non-profit organizations. Typically located in areas that are underserved by traditional public schools, charters have greater flexibility when it comes to decisions about curriculum, instructional methods and other criteria. And if they fail to perform, they can be closed.

A 2008 report by the U.S. Chamber of Commerce’s Institute for a Competitive Workforce noted how charter schools often serve as laboratories for new educational approaches.

“Many charter schools across the country have moved to the forefront in educational achievement, and some are producing astonishing results with traditionally underserved groups of students,” the Chamber report found. “The most successful have serves as models for new charter schools and, in some areas, spurred innovation in traditional district schools.”

According to the National Alliance for Public Charter Schools, only about 12 percent of U.S. charter schools are unionized. But teachers union leaders have made it clear that they see charters as a growth area, and are making inroads with charter school employees.

In addition to the Chicago unionization efforts, other charter schools have recently unionized in New Orleans, Los Angeles, Michigan, New York, and Philadelphia. The aggressive expansion of teachers unions into public charter schools takes place as unionization continues to decline nationwide, according to recent Bureau of Labor Statistics reporting.

Randi Weingarten, head of the AFT, hailed the Chicago UNO vote as evidence that the unionization of charter schools is gaining momentum, calling it a “turning point.”

“This has the potential to change the conversation between charter operators and teachers,” Weingarten said in an AFT news release. “It is a signal that the anti-union atmosphere and climate we've seen in charters may be changing.”

But education reformers have warned that Weingarten’s “turning point” may be a turn too far for the long-term viability of charter schools, citing teachers unions’ longstanding hostility toward school choice.

Jay P. Greene, head of the Department of Education Reform at the University of Arkansas, is the author of “Why America Needs School Choice” and a frequent critic of teachers unions. In a 2009 Wall Street Journal op-ed, Greene warned of the push to unionize charter schools, which he portrayed as a Trojan horse effort by unions to undermine charters from within.

David Kinkade is a freelance writer.