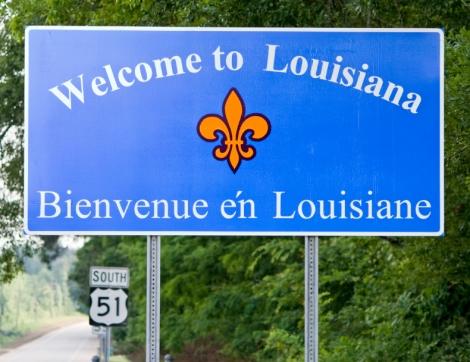 In late May, a Senate Resolution (SCR 68) to block implementation of the Common Core State Standards (CCSS) initiative failed in Louisiana’s Senate by a large margin. This is great news for the future of education in our state.

Nearly half of Louisiana’s more than 1,300 public schools were graded “D” or “F” in a recent national student achievement assessment. Last year, only about 17 percent of high school seniors met the basic college-readiness benchmarks on the ACT exam.

In order for Louisiana to be able to compete in the business world both nationally and globally, we need to make dramatic changes in how and what Louisiana students are being taught. And one of the best ways to improve Louisiana’s schools is to fully implement the “Common Core,” a set of student achievement benchmarks – NOT a curriculum – developed by the National Governor’s Association and the Council of Chief State School Officers. States, not the federal government, with input from parents, teachers, university professors, and business and community leaders, led the creation of these standards.

The CCSS clearly outline what is expected of students at each grade level and are unique in their emphasis on cultivating specific skills that are in high demand in the modern economy. Common Core focuses on essential competencies like math and English Language Arts (ELA). Unlike other educational standards, however, the Core is highly flexible, allowing state and local education administrators to customize their curricula to best fit the unique needs of their students. While the Common Core establishes clear, attainable educational goals, it is up to individual states and school districts to figure out the best way to reach them. Louisiana law requires that the Board of Elementary and Secondary Education update the state’s education standards every seven years. In 2010, the Board chose to adopt the Common Core in mathematics and ELA, and Louisiana joined 44 other states and the District of Columbia in officially adopting the Core.

Louisiana educators worked with the Core consortium to develop the benchmarks and, in the process, learned that Louisiana’s current education standards in the two core areas of math and ELA averaged up to two grade levels behind other states in the consortium. For Louisiana to thrive and develop an economy that supports her citizens and offers a high quality of life for all, we cannot continue to accept these low standards and expectations in schools.

Core standards will improve every aspect of the education system, from professional development for teachers, modernized teacher preparation programs, and more challenging textbooks and ancillary learning materials. The state should ensure that implementation occurs with maximum educator and parental input, and addresses the myths and misinformation being circulated by opponents of standardized testing. Our students cannot afford even one more semester in schools that fail to equip them for the jobs of the future.

Increasingly, businesses prize cognitive skills in the “STEM” subjects – science, technology, engineering, and mathematics. High-growth industries like biotech, Internet technologies, and personal electronics require a robust STEM workforce. These sectors are creating the jobs of the 21st Century. Today’s students need to master STEM skills now to have a fair shot at a prosperous, stable professional future, whether or not they plan to attend a four-year university. In fact, the standards ensure that students are prepared to enter the workforce or post-secondary technical training as well as universities.

Indeed, a 2004 study found that a graduating senior’s level of proficiency in math is tightly correlated to earnings a decade on, regardless of family income, demographics, or college achievement.

However, too many schools in Louisiana are failing to successfully teach these skills. Our state perpetually ranks near the bottom in the annual Science and Engineering Readiness Index, a national measurement of high school performance in physics and calculus. Our state’s students are also falling behind with ELA. In 4th grade reading, for example, fewer than 25 percent of the state’s students are considered “proficient.”

If our state, or country, cannot supply businesses with highly educated workers, managers will continue to look elsewhere to outsource jobs. In a global, deeply interconnected economy, the labor market is effectively without borders. And with the United States’ performance on international exams (American students perform 17th in the world in science and 25th in math) many other nations are poised and ready to compete for American jobs. About 60 percent of new jobs in this century require math and science skills, while about 20 percent of the current workforce has these skills. No wonder the U.S. Chamber of Commerce, the Business Roundtable, and dozens of American companies have signed on to support the Core.

Louisiana schools must equip students with the skills they need to compete, or companies will have no option but to hire elsewhere. Common Core is not a panacea for everything that is not working in Louisiana schools, but it will raise expectations and put Louisiana on the right track. Our schools will be held to smart standards aimed at accelerating the U.S. economy and keeping America competitive. Kudos to the Louisiana Senate for stopping the recent attack on the Core. Let’s hope the commitment from state legislators and policymakers remains strong and they fully implement the Common Core. Louisiana’s future in no small part depends on it.

Cross-posted from The Hayride.

How Does Your State Stack Up When it Comes to Flu Shots?
Election 2020: Our Country Needs a Calm Voice, and Business Can Provide It
Childcare Challenges Persist as Parents Return to Work Amid COVID-19