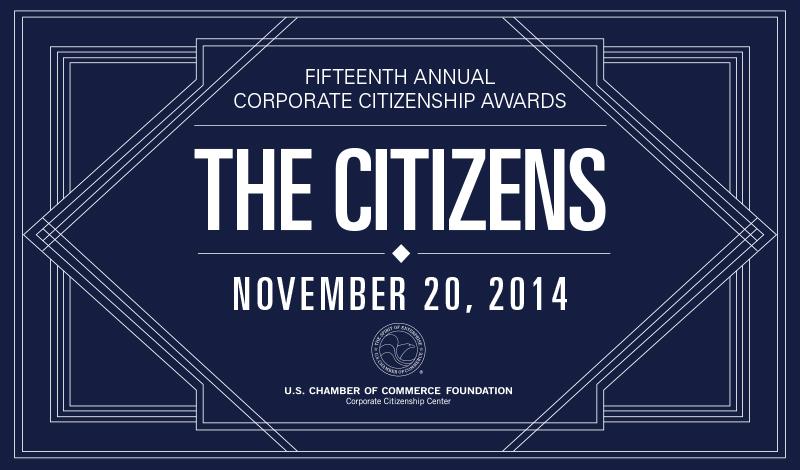 Join the U.S. Chamber of Commerce Foundation as we announce the winners of the 2014 Corporate Citizenship Awards! The Citizens Awards honor strategic and sustained positive impact on people, communities, the environment, and society. Over the past 15 years, some of the most accomplished social and community initiatives within the business sector have been recognized through the Citizens Awards.

Register for this year's awards celebration on November 20!

The Chamber Foundation is thrilled to announce Daymond John as this year's Citizens Awards emcee!

An entrepreneur in every sense of the word, Daymond John has come a long way from taking out a $100,000 mortgage on his mother's house and moving his operation into the basement. John is CEO and Founder of FUBU, a much-celebrated global lifestyle brand, and a pioneer in the fashion industry with over $6 billion in product sales. He is an award-winning entrepreneur, and he has received over 35 awards including the Brandweek Marketer of the Year, Advertising Age Marketing 1000 Award for Outstanding Ad Campaign, and Ernst & Young's New York Entrepreneur of the Year Award.

The event will begin with a reception, which will be followed by dinner and winner announcement.

Thank you to our Sponsors!