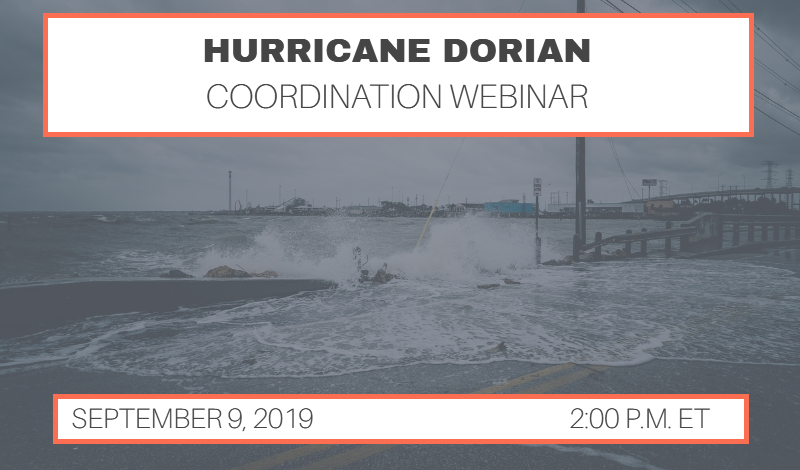 Hurricane Dorian became “the strongest hurricane in modern records” to hit the Bahamas, according to the National Hurricane Center. The devastating storm caused massive flooding, including widespread damage to infrastructure on the islands and continued to move slowly along the eastern coast of the U.S., impacting several states along our shores.

The American Red Cross has reported that more than 13,000 homes on Abaco and Grand Bahama—nearly half the total homes on those two islands—were damaged or destroyed.

The U.S. Chamber of Commerce Foundation held a coordination webinar on Monday, September 9 at 2:00pm ET to hear from partners who are actively responding. On the webinar, we learned what the immediate needs are in the area, as well as the long-term outlook on recovery.

The U.S. Chamber Foundation provided more information on the extent of Hurricane Dorian’s impact across several U.S. states. We also gave an update on the response and recovery efforts for those communities.

Webinar participants highlighted several resources companies can use to assist with recovery. View them here.

Couldn't join us for the webinar?

View the recording here, or access the presentation here.