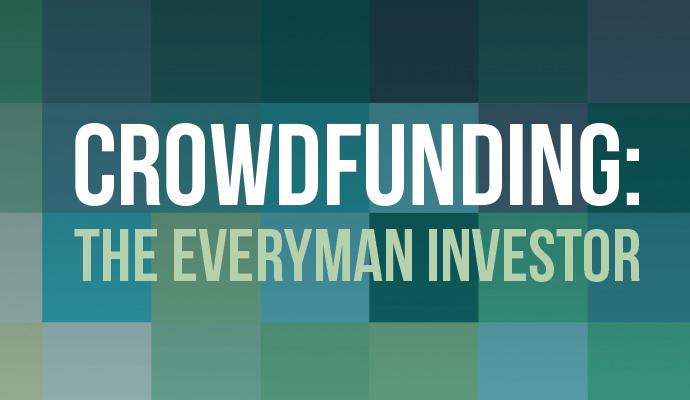 While most politicians and pundits see last April’s Jumpstart Our Business Startups (JOBS) Act as only an incremental deregulation of small-scale fundraising, it actually has the potential to transform the entire financial system. Called crowdfunding, the JOBS Act, once promulgated, will allow a company to solicit publicly for funds from individuals in return for equity or debt, which fundamentally changes the business norms of private markets. This will open up the finance industry to the ruthless, dis-intermediating power of the Internet.

Under current securities regulations, investment crowdfunding is essentially against the law. If you wish to raise money for your company, you cannot declare it publicly. In legal terms, such a public declaration would be a “general solicitation.” This is forbidden unless the company first files an offering with securities regulators, such as the Securities and Exchange Commission (SEC), which is an extensive, multi-month endeavor.

Alternatively, a company can raise money through pre-existing, substantive relationships, which usually are limited to a small circle of friends and family or take the form of broker-dealer networks.  Since neither of these choices is terribly efficient, nor can reliably provide enough capital quickly, the senior executive or entrepreneur will usually raise money from an investment fund that spent the previous months gathering the capital.

The JOBS Act, however, effectively eliminates the ban on general solicitation, which will allow entrepreneurs to raise capital from wherever demand exists, and with the capabilities of information technologies, it will shrink financial supply chains from months to days.

The financial industry begins with the need to raise money into large pools. Most major financial players, such as the top investment banks, are not even interested in a capital pool until it has reached hundreds of millions—if not billions—of dollars.  These pools may take the form of a private equity fund, venture fund, hedge fund, pension fund, asset-backed securities, or even pools of pools (e.g., a fund of funds). In each instance, however, financial managers need to aggregate enough capital to have the scale of funds on hand to capitalize on an investment opportunity when it presents itself.

Virtually every major financial company today relies on capital pooling.  The primary reason is that securities laws made pools a necessity in order to finance large-scale industry. Unfortunately, the consequences of this long supply chain for capital are not just cost but also intermediation.  To gather these capital pools from the real investor—teachers, doctors, small business owners, etc.—every step along the way creates one more middleman to intermediate information and decision-making.  Just like carrying months of retail inventory, it becomes practically impossible to allocate capital to the right place at the right time at the right price.  Not to mention it is difficult to align incentives for financial managers in an inefficient system.

In many ways, these pools of capital are a form of pre-ordered inventory to be deployed when the customer comes calling.  In this case, the customer is a company, borrower, or real estate developer.  This typically takes many months (and in the current economic climate, it can often take more than a year) to raise a large enough capital pool to be a viable fund in real estate, debt, or venture capital.

The parallel to the retail industry is striking.  Retail stores used to carry months’ worth of inventory.  Merchants had to project demand for a product, guessing at future market behavior and climate.  The cost of carrying, storing, and managing all this inventory was enormous, not to mention the requirement to sell excess inventory at below market rates.

Since the 1990s, however, information technology has transformed the traditional supply chain.  Major retailers have multi-billion dollar supply chain technologies to manage logistics and consumer demand data, which have shrunk inventory to what is now called “just in time” production. For instance, Apple has just five days of inventory in their supply chain, according to Motley Fool. The same transformative power of 21st-century technology is now poised to revolutionize the financial industry.

With most innovation, the initial uses of new technology lag behind the ultimate potential.  The early use of electricity in factories was simply to replace the steam power with an electric source of energy.  Only later did managers realize they could power each piece of machinery separately, rather than in serial, as was necessary with steam.

When IBM invented the personal computer, consumers originally used it as an electronic typewriter.  While editing a document on a computer before putting it to paper was definitely an incremental improvement over a typewriter, it obviously underutilized the real power of desktop computing.  It was not until Xerox and Apple created the graphic user interface that the computer became a wholly different and transformative technology.

And more recently, the smartphone may have initially started off as a phone with the incremental benefit of e-mail and the Internet, but the explosion of apps has reinvented the smartphone and may even make the Internet browser obsolete.

My experience running Fundrise (www.fundrise.com), one of a handful of companies currently crowdfunding equity investment online, has shown me how transformative innovation will cause this pattern to repeat in the financial industry.

Before we started our crowdfunding platform, we ran a traditional real estate development company, raising money from institutional investment funds or from high net worth individuals.  Every time we had a property we wanted to acquire and develop, we prepared our marketing materials, economic projections, and legal documents in order to meet with dozens of potential investors.  Raising money one person at a time or presenting to one investment company after another was time consuming and inefficient.

When we moved to the online investment platform, however, we found we could present all the investment information digitally and interact with many investors without leaving our desks (or even better, while using our iPhones).  Instead of mailing thick binders full of legal documents and tracking down paper checks from investors, the investor could make the full transaction online—everything from reviewing the deal, to signing legal documents, to sending us an electronic check.

Using this type of platform to crowdfund our real estate properties, we could reach hundreds of investors in the same amount of time it used to take to reach one.  The platform began merely as an incremental improvement over the existing process, using technology to leverage our existing resources for greater productivity.

With our first deals, we raised more money from more investors more efficiently, something that had not been possible before.  Little did we know that the string we were pulling on tied together the web of modern finance.  Because we were raising money not through intermediaries, but instead directly from people, we unknowingly cut out the brokers that dominate finance.

From the perspective of an early adopter and inventor in the crowdfunding industry, I expect that the Internet will do to capital what it did to media and commerce—completely disrupt the status quo.  As newspapers, big television networks, travel agents, and big box retail stores have discovered, the Internet is merciless to intermediaries.  The JOBS Act allows technology to connect investors almost instantaneously to information and opportunity, allowing entrepreneurs to raise money directly from people rather than financial institutions. This will arguably be the greatest change to fundraising since the creation of the modern day public stock market. 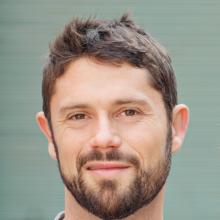