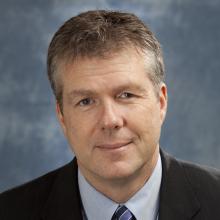 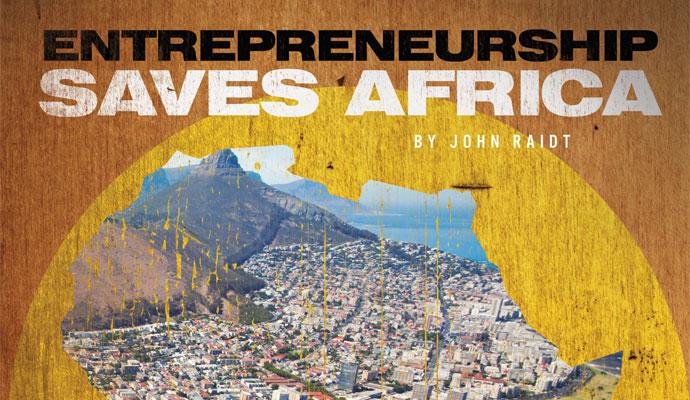 The terrorist attack and hostage crisis in Algeria and the conflict with Islamist insurgents in Mali have spotlighted the security problems that bedevil troubled hotspots in Africa. Behind these tragic and troubling events, however, a more encouraging phenomenon is emerging—the breakthrough of Africa as a budding economic powerhouse and strategic trading partner. This development has the potential to reshape the global economic landscape, especially if spoilers such as insecurity, poor governance, and weak rule of law can be defeated.

Africa’s vigorous GDP growth and surging construction, investment, telecommunications, and retail sectors have seized the world’s attention. To put this stark turnaround in perspective, in May 2000 The Economist magazine called Africa “The Hopeless Continent.” Just over one year ago, the magazine’s cover had a quite different take on Africa, celebrating “The Hopeful Continent.”[i]

Despite this remarkable reversal questions abound: Is Africa’s growth sustainable or fleeting?  Is it based on wide-scale development or on a narrow commodity boom?  Looming over the continent is the specter of Dutch Disease, or the curse of resource riches that impoverished and crowded out the Dutch manufacturing sector in the 1960s, making The Netherlands richer on paper but poorer and less competitive in reality—a fate that has gripped a number of struggling nations around the world up to the present.

The argument will rage on, but the fact remains that the annual 5% economic growth rate the continent achieved between 2000 and 2008 is a significant acceleration from its performance at the end of the 20th century. According to the International Monetary Fund, the collective GDP of Africa’s 54 nations of $2 trillion and is projected to double in the next 10 years.

Massive and persistent poverty and disease, large zones of instability and insurgency, high infant mortality, and government corruption in many areas still present enormous challenges to be overcome. What is crystal clear, though, is that the population of the world’s second largest continent is eager to achieve progress at a time when the transformative powers of the international trading system, access to global capital and modern technology, and the proliferation of information and communication technology presents a strong basis to foster it. Progress is unlikely to be uniform. Africa’s five principal regions (North, South, East, West, and Central) and each of the continent’s 54 countries possess rich and unique cultures, histories, and traditions but are highly diverse. They vary widely with respect to natural wealth and resources, political cultures, governmental capacities, and levels of development.  . Yet amidst the diversity, each enjoys a vast wealth of human capital; and Africans, from Ras ben Sakka, Tunisia, in the north to Cape Agulhas in South Africa, share a driving passion for greater opportunity, better quality of life, and a brighter future.

Not inconsequentially, Africa has the advantage of being able to adopt the latest technologies and critical infrastructure unburdened by costly and outdated legacy systems. CNN reports that a decade ago Nigeria had 100,000 phone lines; today, the country’s people possess over 100 million cell phones. Experts predict that by 2016, there will be over one billion cell phones Africa-wide. This trend promises unprecedented levels of empowerment to people who are demanding more of their governments which in  many cases occupy the lower rungs in global rankings of national transparency, anticorruption, democracy, and press freedom.

The extent to which Africa’s vast human capital can be unleashed—an objective requiring the synergy of security, economic development, good governance, and the rule of law—will have much to say about the world’s prospects for peace and prosperity in the 21st Century. The people of Africa have an enormous stake in this breakthrough; so, however, does the United States and in particular its business community.

Africa represents an enormous emerging market of one billion people, many of them eager for our goods, services, and solutions. The African Development Bank estimates that in 2010 the continent’s middle class was made up of 313 million people (34% of the continental population), nearly triple the number in 1980. The ratio of its population joining the middle class is expected to swell in years to come, particularly as Africans urbanize on a continent that already matches the European Union in the number of cities with at least one million people. Today, Africa has more than 500 million people of working age. By 2040, according to McKinsey, their number of working people is projected to exceed 1.1 billion—more than in China or India—and lift GDP growth as a result.

Despite these encouraging statistics, many African leaders continue to puzzle why the U.S. private sector is not investing, partnering, and seeking African markets more energetically.  It’s widely understood that the United States is being outhustled  by China, which continues its all-out push to invest, build infrastructure, obtain commodity contracts, and win influence in what they rightly assess to be strategically critical region. In 2009, China surpassed the United States as the African continent’s largest trading partner. In the next decade, China is poised to invest as much as $2 trillion globally. Commenting on these circumstances, a prominent African leader noted the irony that while the United States’ is “pivoting to Asia,” Asia is pivoting to Africa. Europe, India and the Middle East too, have recognized the importance of Africa’s emergence and are seeking to build relationships and national market share through stronger trade arrangements and greater interaction.

Though late to the table, the United States is awakening to the economic and strategic imperative of engaging more energetically and proactively in Africa. In the fall of 2012, the U.S. Chamber of Commerce launched its “Africa Initiative” to connect U.S. enterprises with opportunities in the continent. Additionally in November 2012, the Obama Administration announced its “Doing Business in Africa Campaign” to help the U.S. pick up its game. The U.S. government and private sector are also cooperating to combat severe poverty and infectious disease. Companies such as Coca-Cola, General Electric, Chevron, and ExxonMobil are playing an increasing role in development while expanding their operations and workforces in Africa.

Such initiatives are not exclusively an economic and commercial imperative but a strategic one as well. The question of whether Africa’s role in the world will be marked by peace and prosperity, contributing to a safer world order or by turmoil and poverty is a matter of enormous consequence not only for the African people, but for the family of nations living in a highly integrated world and tightly knit global economy. The extent and quality of America’s economic and diplomatic engagement can make a huge difference in how that question will be answered.

In North Africa, where the Arab Spring first started, the movement continues to play out with enormous consequences for the global order. The people flooding the public squares in Tunisia, Egypt, and Libya haven’t just been demanding votes and political rights, but also jobs and opportunity—the elements of progress that rely upon achieving greater security, economic development, and good governance and the rule of law across the board.

Many security experts worry that unless these pillars are shored up in Sub-Saharan Africa as well, Islamic extremism will continue to gain strength, creating new hotbeds of unrest and a fresh cradle for international terrorism that threaten progress. The region is home to a growing cadre of extremist groups, seeking to prey on a significant youth bulge burdened by high unemployment, meager income, governmental corruption, and want.

According to the World Bank, the number of 15–24 year olds has been increasing faster in Africa than in any other area of the world. This age segment accounts for “20% of the population, 40% of the work­force, and 60% of the unemployed on the continent.” Youth, poverty, and unemployment in the midst of extremist ideology make a dangerous cocktail for unrest and insurgency, a particular concern in the Nigerian Delta from where the United States sources a significant portion of the oil it relies upon.

Only five years ago, the United States activated the U.S. Africa Command (AFRICOM)—uniquely composed not just by the military services but by 13 U.S. government departments and agencies, including State, Treasury, Commerce, and the U.S. Agency for International Development (USAID). AFRICOM’s structure lends a more modern meaning to the concept of “jointness” and is testimony to the reality that security in this century is not a function of military might alone but of the economic, social, and political conditions that foster peace and development.

If our strategic goal—both economic and security—are to be achieved, the U.S. government must mobilize adroitly to help promote a political and economic environment in Africa that will help U.S. companies compete. Such a campaign must collaboratively harness the diverse energies and resources of the federal interagency, including the Millennium Challenge Corporation, USAID, the State Department, Commerce Department, U.S. Trade Representative, the Overseas Private Investment Corporation, the Export-Import Bank, and others in promoting the rule of law and achieve the vital goals established by the African Growth and Opportunity Act which was first passed in 2000.

The unlikely duo of General Jim Jones, the former NATO Commander and U.S. Marine Corps Commandant, and Bono, the lead singer of the Irish rock band U2, have joined forces to spread the gospel that in Africa, as elsewhere, security is not possible without development; development is not possible without security; and neither can be achieved without good governance and rule of law. They are calling attention to the fact that private enterprise and entrepreneurship—the powerful engine of jobs, opportunity, and freedom—is an indispensable enabler of stability on which the military focuses; of human advancement on which the development community aspires; and of the prosperity and higher quality of life upon which the people whose hearts and minds we seek to win are set.

Several decades ago, public sector development assistance accounted for roughly 70% of all resources flowing to developing nations. Today, 87% of the resources flowing into the developing world come from private sources (e.g., corporations, foundations, NGOs, and remittances).

Perhaps these phenomena indicate that the breakthrough of Africa is being accompanied by a set of larger and more strategic breakthroughs here at home. Among them  is a greater understanding of the interlocking roles that security, development, and good governance and the rule of law play in promoting human advancement in Africa and  beyond. This insight seems to be accompanied by a firmer grasp of the private sector’s vital role in building stability, development, and improving lives abroad and at home. Together, these truths are producing a keener appreciation of the reality that security and prosperity in the 21st Century is not guaranteed so much by the caliber of our arms but by the caliber of our economic engagement.

It could be that these breakthroughs prove as consequential and hopeful as the future of Africa itself.