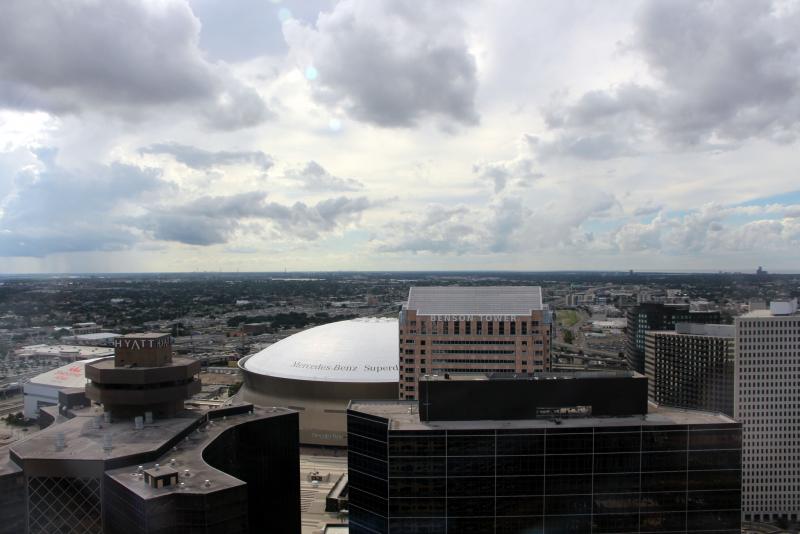 View of the Superdome in New Orleans, 10 years after Hurricane Katrina.

Tweet Facebook
Generation Y leads a rebirth in New Orleans, a decade after the destruction from Hurricane Katrina.

As the nation and world reflect on the 10th anniversary of Hurricane Katrina and its impact on the Gulf Coast (particularly the City of New Orleans), it is hard not to marvel at the amazing recovery that has occurred. If you had said to anyone a decade ago that New Orleans would soon become a leader in turning around a chronically low-performing school district, healthcare delivery and private sector innovation, most people would have thought you were crazy. But those things are all happening today in lots of places around the Crescent City.

Over the next couple of days, I will share with you some thoughts and experiences from my recent visit to New Orleans. While I’ve never been a Gulf Coast resident, I am someone who knows the region fairly well, having worked and traveled in the area for nearly 20 years. If I’m accused of having a favorable bias towards the NOLA area, I’m guilty as charged, as I’ve made lifelong friends and prized relationships there. Those who know me know I’m someone who cuts to the chase.  It’s why I can say without hesitation that I’ve never seen the Gulf Coast, and in particular, New Orleans, cleaner, younger or more dynamic than I have during my most recent visit.

So how did this happen? And who has driven the change and made the city’s ongoing recovery possible? It’s a question not easily answered, especially when you consider the 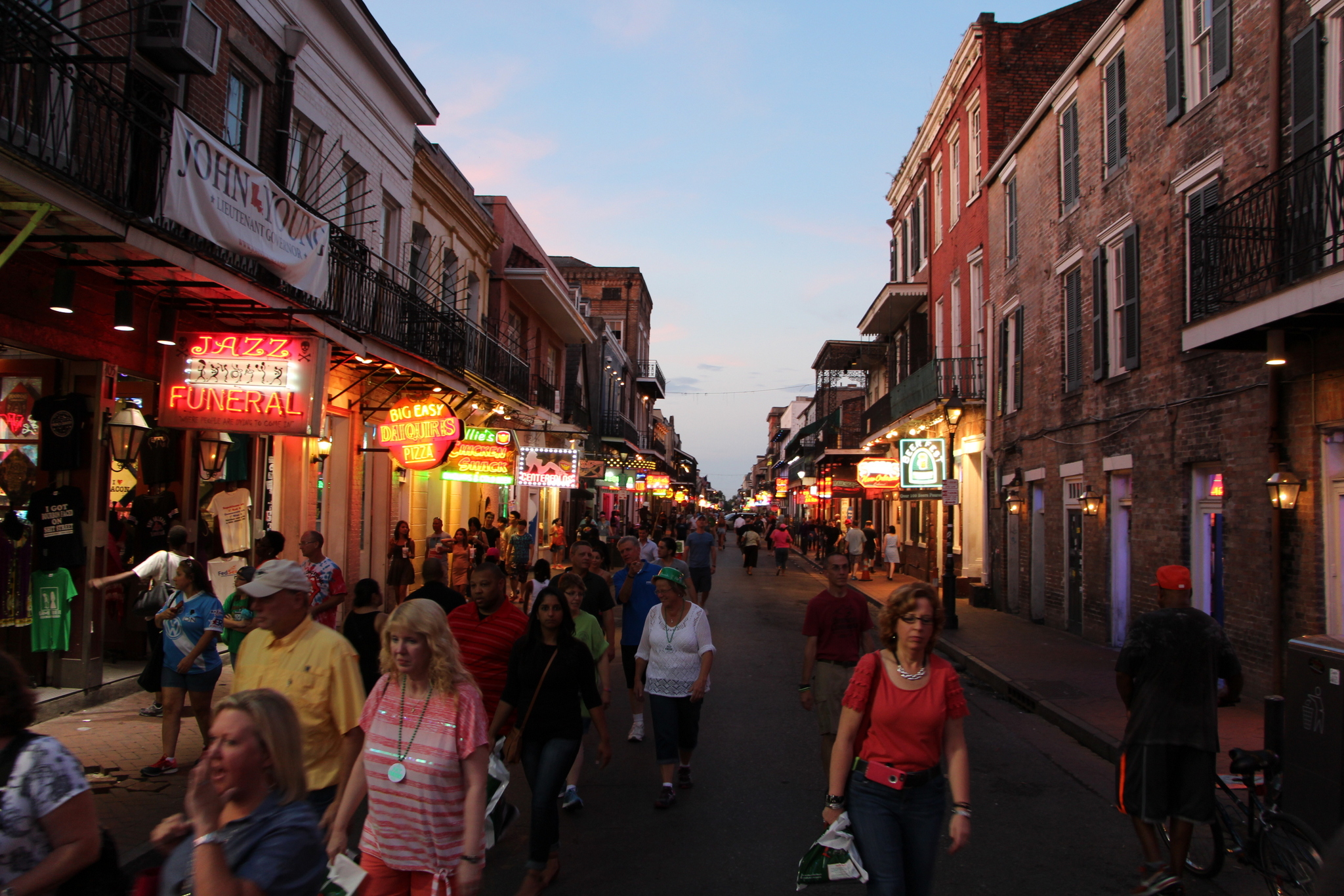 billions of dollars the federal government has pumped into the region to shore up levees and replace a number of pieces of infrastructure. The answer, however, becomes more obvious when you start to walk around town. Who did it?

For as transient as so many demographic studies have labeled the members of Generation Y, Millennials are settling into the Crescent City and making it a new mecca of opportunity for themselves and the region. Walk down Canal or Poydras Streets during the morning or evening rush hours—or even when people take their lunch break—and the 20- to 30-somethings are everywhere. It would be easy to say it’s like a big Friends episode in the French Quarter, but their impact stretches into every corner of city and not just the local coffee shop.

If you ask the locals and business leaders how this happened, most of them credit two groups: the members of Teach for America and the thousands of volunteers who came to the region to assist in the post-recovery months and years.

The young men and women of Teach for America came to New Orleans to teach in one of the most problematic school systems in America. Following the storm, the entire New Orleans school system was overhauled and became an incubator for new charter schools that brought with them new ideas, resources, and talent. The results have been nothing short of remarkable. A system that had been one of the nation’s worst has become one of its biggest turnaround, comeback stories. Fortunately for the city, rather than leave after their two-year Teach for America assignments ended, many of the young men and women who stood at the front of the city’s classrooms decided to stay put and continue to contribute to the region’s recovery.

Henri Boulet, Executive Director of LA1, a regional coalition of energy companies, observed, “New Orleans has a young energy that it hasn’t had before – not in a long time…We’ve seen big performance changes and the 6th grader of today is a lot better prepared for the world than the 6th grader pre-Katrina. Today’s kids are the emerging products of a new system.”

Legions of volunteers also made a major impact on the city. They came from service organizations, church groups, and college campuses to help reclaim neighborhoods from the storm and flood debris that littered so many areas. Many recognized the cultural diamonds in the rough that some of these old neighborhoods had and saw that with some time, energy and sweat equity they could be transformed into real treasures. They also decided to stay in New Orleans because they saw an opportunity to transform something with their own hands. Today, the results are becoming very noticeable. 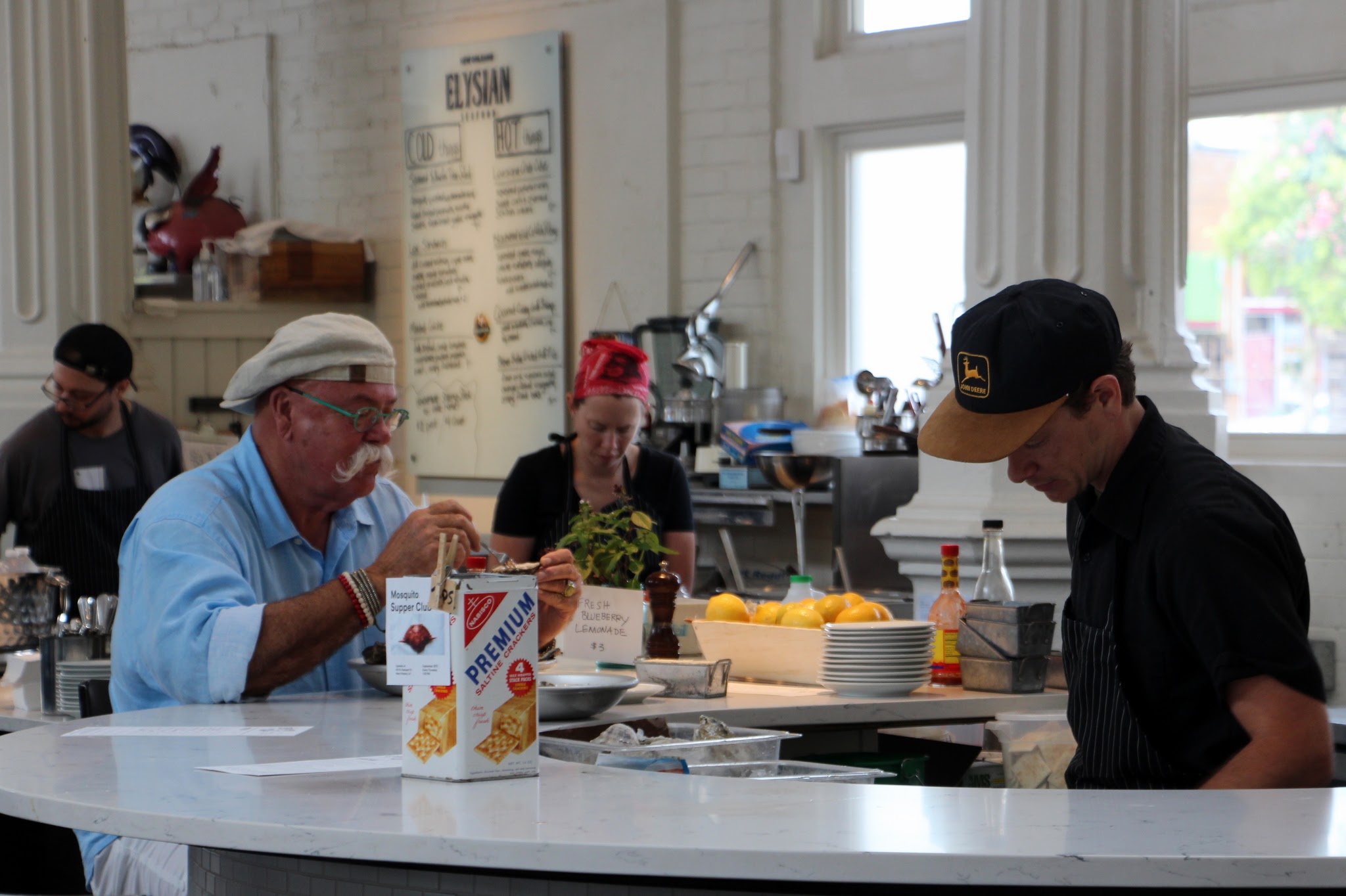 Go down North Rampart Street towards St. Claude Street and you can find the St. Roch Market— onetime open-air marketplace where for nearly a century local farmers, fisherman, bakers and butchers brought fresh produce, bread, fish and meats to be sold. Today, new grocers and prospective restauranteurs are trying out fusion cuisine offerings and refining some of Louisiana’s classic staples (e.g. muffulettas, gumbo and po-boys). This food service incubator is the reason New Orleans has twice as many restaurants today than it did prior to Hurricane Katrina.

Head over to Canal Street and you will find newly nestled in the Theater District of the city the New Orleans BioInnovation Center. As an incubator for life sciences entrepreneurs and researchers, the Center is working with cutting-edge researchers from some of Louisiana’s top research institutions in some of the most demanding of disciplines to build companies and products that will change lives for the better. From new vaccines, to breakthrough forensic DNA kits, to new means of genomic mapping, several floors of labs and office space are incubating new businesses and are acting as a magnet for young people who want to change the world one cell at a time. Through partnerships with tech incubator 1776, venture capitalists and a number of the region’s universities (.e.g. LSU, Tulane, Xavier) are creating a new beachhead for biotechnology and environmental technology firms to get their start.

Not too far away stands the gleaming $1.2 billion, 2.3 million square foot LCMC Hospital complex that will be providing new healthcare services for the region’s residents. Opened at the beginning of August 2015, it was not an uncommon sight to observe young medical residents and other healthcare practitioners with faces as awestruck as those of incoming patients at the state-of-the-art health and research facility.

While energy, port traffic and travel/tourism have long been economic pillars of the area (and all three are having record breaking performance numbers, far surpassing the pre-Katrina era), education, healthcare, and innovation have become the new boom industries of the Crescent City.

Even with all these impressive achievements and improvements, opportunity may be the biggest product the Crescent City offers today. While touring the new and expanded 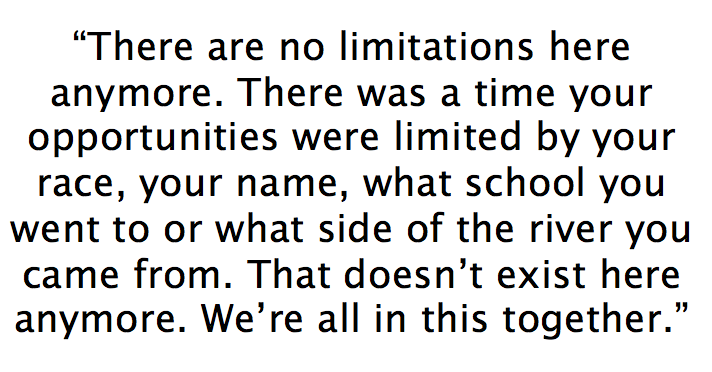 facilities of the Port of New Orleans, Paul Matthews, a Community Affairs Manager with the Port and one of the Millennial transplants, remarked, “There are no limitations here anymore. There was a time your opportunities were limited by your race, your name, what school you went to or what side of the river you came from. That doesn’t exist here anymore.  We’re all in this together.”

He further observed that the new transplants that have come to Crescent City, “aren’t carpetbaggers,” a term many people inside and outside of New Orleans use to describe those who came to town to help with the post-disaster cleanup and recovery.

Matthews said long-time residents were initially “concerned that those who came in [to help] would change things.  They didn’t. They embraced us and brought new ideas while holding onto our history.”

Matthews further described the fact that his wife and growing family (child number two arriving this fall), have opportunities that they never would have imagined before Katrina: “Opportunity has an address, and it’s in New Orleans.”

That statement marks the most dramatic change in the Gulf Coast over the last 10 years. Things are still not perfect and the post-Katrina recovery continues to unfold in many ways. Nevertheless, today we have a pretty good idea of the people making positive change possible, and Millennials are a key ingredient to the simmering gumbo of a city many thought would never have anything new about its future. This generation of innovators is proving that one of the oldest cities in North America can truly be new again.