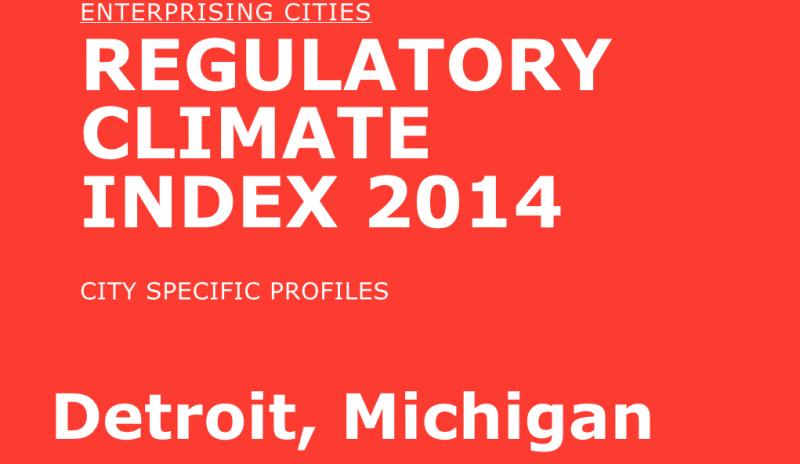 The manufacturing renaissance, as a result of the assembly line, created a thriving automotive industry that made Detroit one of America’s most prosperous urban areas. Greater Detroit’s economy is powered by the automobile, energy, health care, manufacturing, and professional services industries. In 2012, Detroit generated $208.3 billion on gross metropolitan product. The city serves as the gateway to Canadian markets in Greater Toronto and cities in Ontario and Quebec. More than 25% of North America’s merchandise trade between the United States and Canada passes over Detroit’s Ambassador Bridge. Greater Detroit’s population totals 4.2 million, with more than 700,000 living in the city.

Detroit has fallen on hard times in the past few decades: the city’s population has decreased rapidly since the turn of this century, and economic downturns have hampered the local economy. A pivotal point was Detroit’s filing of Chapter 9 bankruptcy in 2013. Despite the city’s financial woes, there is a reason for optimism. While no other major American city has experienced recent decline like Detroit has, a community of entrepreneurs and start-ups are reenergizing and revitalizing the city and its future prosperity.

Benchmarking Against Other Cities

Among the cities under review, the 2014 Regulatory Climate Index ranks Detroit in sixth position, with the first place representing the most efficient regulatory environment.

Detroit is the sixth-ranked city in the report, with an average cumulative performance of the 10 cities covered in the report. The city performs near the top in Starting a Business and Paying Taxes.

Where Detroit is Doing Well

Many viewed Detroit’s bankruptcy as the final straw that broke the back of America’s most famous single-industry town. Pessimism is easy when a city is $18 billion in debt and cannot pay its bills. Detroit’s bankruptcy and acceptance of its longstanding fiscal woes is an important signal to investors and entrepreneurs that the problems are being addressed. And while these issues won’t be solved overnight, these actions may allow for the local economy to have a fresh start.

The Detroit Regional Chamber of Commerce along with Detroit Economic Growth Corporation, Invest Detroit, and the Downtown Detroit Partnership are advocating for the transformation of downtown area into a vibrant and economically prosperous community. The New Economy Initiative for Southeast Michigan is investing $100 million to transform regional Detroit into an entrepreneurial hot spot. Entrepreneur and venture capitalist Dan Gilbert is another key player in the effort to transform Detroit. Gilbert, with his diverse portfolio of companies, has invested more than $1 billion to help return Detroit to prosperity. Start-up accelerator Bizdom and venture capital firm Detroit Venture Partners are helping Detroit regain its entrepreneurial edge.

The renewed focus in revitalizing downtown Detroit has seen dozens of companies relocating from the suburbs into downtown offices. There is an energy and excitement from Detroit’s start-up community coalescing around revitalizing its downtown core. The city would benefit from an increased effort to streamline and increase efficiency for local regulations to make Detroit a vibrant, diverse business environment.

Detroit is in the middle of the pack among the cities covered in this report. Detroit’s regulatory environment is on two different sides of the spectrum. On the one side, it is easy to start a business and pay taxes in the city. On the other side, it is difficult and costly to apply for construction permits and register property from the sale of a commercial building. Moreover, while the city has low administrative costs for commencing the enforcement of contracts, it is a burdensome and long task to see to completion. As noted, Detroit is at a crossroads, given the city government’s fiscal situation. This represents an opportune moment for Detroit to enact reforms that would improve its regulatory environment for start-ups and small businesses.

See the attached PDF below for more detailed charges and graphs relating to Detroit and the 2014 Regulatory Climate Index.